Happy Birthday to Our Favorite Finn!

Yes, today is the natal anniversary of our good friend Carl, otherwise known as Actor212, a mighty norseman as huge and ancient as the coniferous forests of Lapland, and heir to the great heroes of the Kalevala -- Lemminkäinen, the legendary woodsman who surfs on logs! Ilmarinen, immortal artificer and licensed Sampo representative!  And...uh...Vampira!

Anyway, this is posting later in the day than I'd hoped, but things are in a bit of a tizz around here, and I wasted a lot of time trying to find a suitable Finnish wingnut to write about (I briefly considered grabbing an old Jonah Goldberg column and just sprinkling umlauts over all the a's and the o's, but I was afraid Carl would catch on and smack me with Mjolnir).  Finally, I went to WorldNetDaily, because Scandinavia is technically a part of the world, and checked in with Ted Nugent.  I don't think he's Finnish and I'm not really that familiar with his work, but I needed a cheesecake photo and I see from his bio he was in Damn Yankees, so I'm hoping he played the sexy Gwen Verdon part.

This has got to be a test. It can’t possibly be anything else.

Judging by your shrill tone, I assume it's a test of the Emergency Broadcast System.


The way this president and government overall is blowing it so royally on an everyday basis staggers the human mind, or at least the ones that are working properly.

You know what else staggers the human mind, Ted? Tequila. And yet I don't see you bombarding the Internet with anti-Hornitos monographs.

I suppose in a pinch we could look at it as a comedy cocktail that would be produced if Lenny Bruce, Sam Kinison, Richard Pryor, Rod Serling, Alfred Hitchcock and Alfred E. Neuman all got together to see how much horror the American people could stomach before we stopped laughing. This Twilight Zone Psycho definitely Flew Over the Cuckoo’s Nest one too many times.

If I were you I wouldn't be so quick to cast aspersions, Ted. Not a threat, but I Know What You Did Last Summer because On a Clear Day You Can See Forever. Also, I Heard It Through the Grapevine. 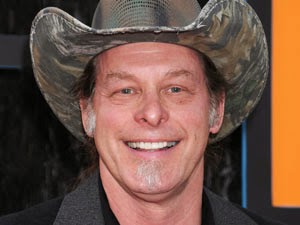 I thought I was too, but then I noticed how much your grizzled soul patch looks like a constant cascade of drool.

Our hearts are broken by the constant abandonment of common sense and the blatant runaway criminal violations by Barack Obama. Everybody knows the list of outrages, but tragically, his blind sheepy followers continue to deny, lie, obfuscate and scam themselves.

He's right. It's gotten so bad that I can't even go to the ATM without first sending myself a spam email pretending to be the Nigerian Oil Minister just to con myself out of my own PIN number. Now if you'll excuse me, I've got to get to Supercuts; I've got a 3 o'clock fleecing.

If we can halt or at least slow down this engineered ruination of America by these goons, there is hope that we can return to the common sense, goodwill, decency and rule of law that made America the last best place on earth.


Constantly catching our breath following one blow to the guts after another has become the new American mantra, but nothing could have prepared us for the president’s recent appointment of what may very well be the worst racist in the world today – his Reverend Al “not so” Sharpton.

I remember when I was studying meditation. Many of my fellow students adopted the sacred syllable "Om" as their mantra for it's soothing hum, but I chose a panicky retching sound -- it was quite transcendental, but I could only make it when my guru punched me in the solar plexus.


Are you kidding me? This guy as some kind of race relations czar? Seriously?

And Al Gore is the expert on global warming, Michael “make stuff up as you go along” Moore will film the documentary, and I will edit the Lawrence Welk box set as soon as I hone up on my harpsichord jams.

You can’t make this stuff up.

Actually, you can, Ted. People have been making this stuff up since at least 2000, so you can stop trying to reinvent the wheel and just cut and paste.


Only to these off the cliff denial cultists does “Hands up, don’t shoot” make any sense, even though no one can site an instance where a black man had his hands up and got shot by a white cop.

I'll go even farther. Judging by Ted's words, he's currently on assignment in some alternate reality -- I'm gonna say The Matrix -- then it follows that Darren Wilson, although he may have shot Michael Brown, didn't kill him; it was the idea of the bullets that killed him.

Barak Obama’s cultists/sheep have cited ad nauseum how brilliant the man is. And on some considerations, they are correct. He is smart enough to know which buttons to push to continue his Saul Alinsky and Cloward-Piven destructo march of America into the pits of hell – or at the very least, something far removed from the original concept of America.

While I bow to no one in my respect for Ted Nugent, Constitutional Scholar, he's incorrect in this particular instance, since I'm pretty Article IX, paragraph vi of the Articles of Confederation enumerates the conditions under which Congress may issue a letter of marque and reprisal against obscure academics who remotely control marching bands composed of demon sheep. 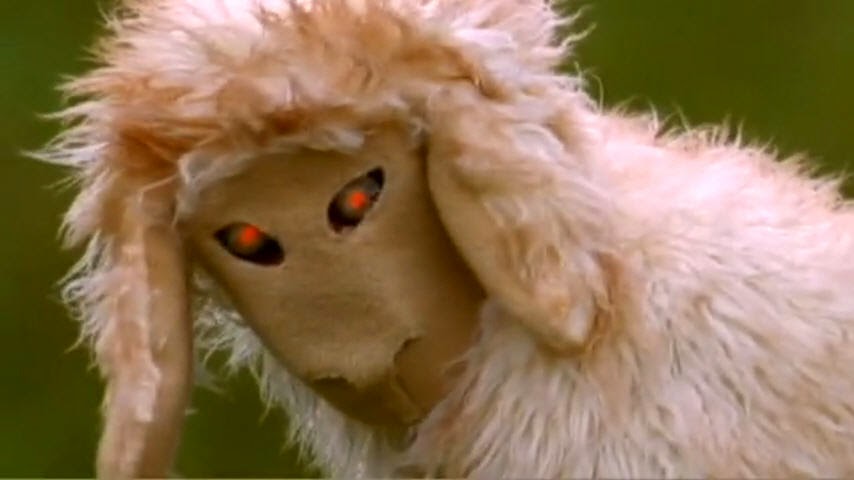 (Image courtesy of the Carly Fiorina for Senate Campaign)

This man and his minions know no bounds on how to destroy America.

Yeah, but that's a good thing, isn't it? I mean, this is America -- we hate wishy-washy, half-assed lollygaggers who haven't come to play. Go Apocalypse or go home.


I know for a fact that race relations in America in 2008 were the best they had been in 50 years.

I also know for a fact that race relations in America in 2014 are the worst they have been in my lifetime.

Ted was born in 1948, so I guess what he's saying here is that the Republicans of today are more racist than the Southern Democrats of the Jim Crow era, and that despite his general pessimism about our country, he believes that America has at least one growth industry.


Blacks kill and maim more blacks in any given month that the Klan has in the last 25 years. God help us all.

America once had the best Klan on earth. Now what are they? Lollygaggers.


Brainwashed dependency is the worse curse man can cause to another man.

Although unlike the F-word you can still say it on the VMAs.


Creating a world where rewards and luxury are provided instead of earned is spiritual murder.

Let me tell you a chilling tale: An average man went down to the local food bank every week and dropped off cans of Grade B vegetables -- corn niblets, pickled sliced carrots, string beans. But one day he accidentally allowed a can of Fancy Chunk Tuna to get mixed in with the other tinned goods, and before the mistake could be discovered and corrected, a homeless man slipped the can into the pocket of his ragpicker's suit. Later that night, as as the unlucky hobo huddled alone in the inky shadows beneath an overpass, he cracked open the can, peered inside, and the firm but flaky tuna meat murdered his soul!

I used to keep the other kids in my bunkhouse awake all night when I told that one at Ayn Rand Away Camp.


Who doesn’t know that siding with Al Sharpton is the worse message anyone could possibly send to society, any society, black, white or other?

I dunno. Maybe it's the time of year, but I always think this is the worse message anyone could possibly send to society. 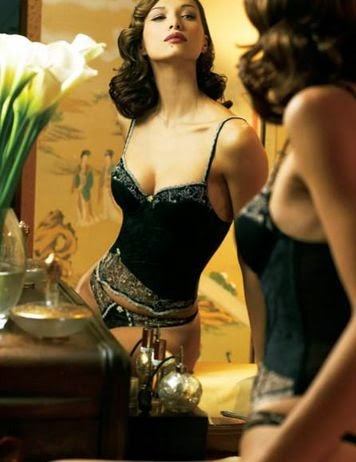 ...in wishing Carl the very happiest of birthdays! 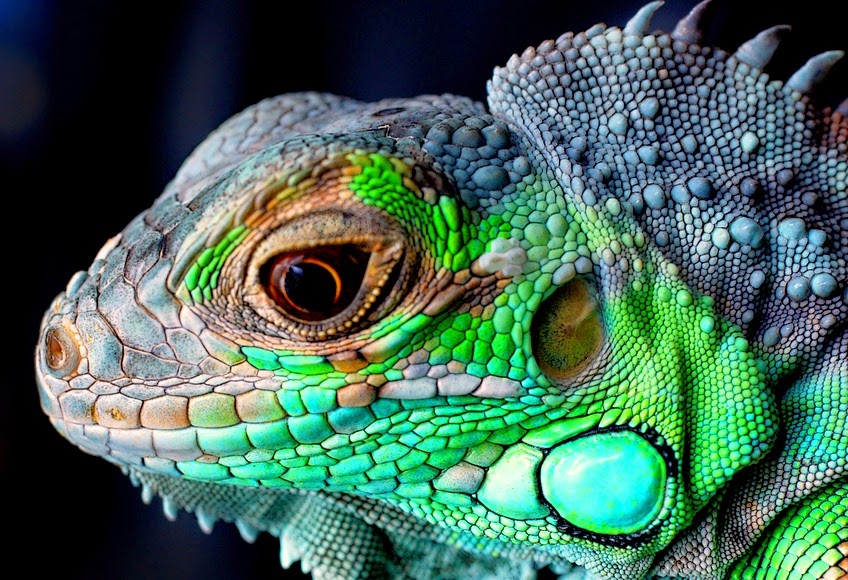 
Happy birthday, Carl! I hope it is a good one, and that nobody makes you watch "Peter Pan Live." (Unless you want to, or are getting paid to do it.)

And it's pretty impressive that Ted knows for a FACT that race relations are worse now than they have ever been in the past 65 or so years. I assume that he learned this by conducting a poll at the Aryan Nations compound, where a couple of (other) grizzled, old coots told him how much better things were in the old days, when "some people" knew their place, and didn't hog our water fountains or our women.

I hate to say it, but Ted writes better than Doughpants! Not that I'm complimenting him or anything!

If ever there was a textbook example of a legend in his own mind, it's gotta be the Nuge.

Wow. That's making the lizard in my pants get all tonguey!

And the chick is cute, too, but she needs to take off the cowboy hat and wipe the drool, also is that Ted Nugent in a basque and G string?

Scott, thank you, and thank you commenters all!

I'm just not sure how I should take a birthday present of the Nuge.

(Psst, the head of the Cato Institute is a Finn. We comfort ourselves with the thought that so was Trixie from The Honeymooners.)

I'm not sure which I loathe more.......pictures of Poopy-pants Nugent or the nightmare inducing Ann Coulter of sincere birthday wishes past. Thank you baby jeebus for lizards.

...a comedy cocktail that would be produced if Lenny Bruce, Sam Kinison, Richard Pryor, Rod Serling, Alfred Hitchcock and Alfred E. Neuman all got together...

I am intrigued. Please, continue.

This Twilight Zone Psycho definitely Flew Over the Cuckoo’s Nest one too many times.

Umm, wait. I thought you said this was a comedy.

Wow, Actor/Carl, congratulations on (a) being a Finn, (b) getting a superb lizard, (c) the extremely high quality of your celebratory pinup, (d) and occasioning these revelations from Ted, who does indeed write better than many of his co-conspirators but who got himself so exercised this time that he soared off into near-Swankish surrealism. And all due to you, sort of!

(By the way, I understand that "Lemmenkainen" translates quite well as "Lover-boy".)

"Lemmenkainen" translates quite well as "Lover-boy"

Indeed it does! And they had that big 80s rock hit, "Kaikki Työskentelee Viikonloppuna"

Thank you all, stragglers!