By Keith, Our Bold, Fresh Piece of Humanity Correspondent:

“Oh, gawd, why did my parents bury me in this awful dress? Being dead is such a bore ...”

Uh, wake up Keith. Your nightmare is over. It’s time for some tea, oatmeal and, if you want to go “there” FB.O’s latest post. You might have been dead in dreamland, but you didn’t own anything related to FB. So forget the lousy dress, concentrate on the good times. 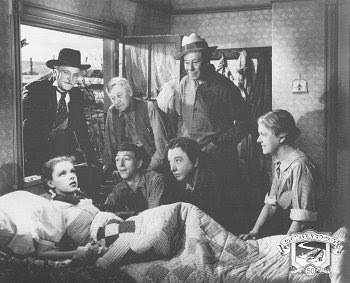 Here with a summary of the “good times” is Bill O’Reilly at Townhall and a quick, easy read.


My late father was a man of strong opinion. He despised phonies, cowards and liars.

Thankfully, he didn't live to see Bill's performance on A Current Affair. 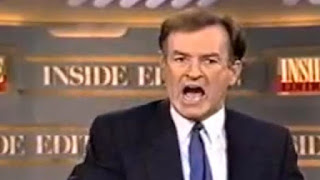 He named names -- sometimes in very close proximity to those being singled out. A veteran of World War II, he recognized a weasel when he saw one.

Well, first off Bill, how is it your father never disowned you? Or did he? In what arena did he name names? (You, Bill, would love to name names, but you lost your Filofax in a taxi, is that correct?)


But my dad never denigrated rich people in general.

He only denigrated them specifically and by deposition.


We lived in Levittown, N.Y., where everybody had pretty much the same -- that is, not much. We ate tuna casserole, hot dogs and Hamburger Helper.  My parents never owned a new car.

Mr. Bill, you must have lived as a dependent at home for quite awhile, since General Foods didn’t market “Hamburger Helper” until 1971. Just in time for "All In The Family.”


Ten miles away, my dentist, a college classmate of my father's, lived in Garden City. Lovely place, filled with rich people. My father often drove us through there and never said a disparaging word about the fine lawns and shiny foreign cars. America was the land of opportunity, and Garden City proved it.

One not ought not say nasty things about one’s dentist ... it could lead to trouble. Be careful here, Bill. And Garden City? Very boring. It did contain well-to-do upper-middle-class merchants and professionals. But not all of the cars were shiny, and they mostly derived from Detroit, IIRC. I suggest you are embellishing the “good times” Bill. Perhaps some owned two cars but your deficient memory conflated them into a Porsche.


But that was then.

And this is now.

Mr. O’Reilly, you are most disingenuous when being biographical.

Levittown was conceived as an ideal suburban community during the post-war boom era. Compared to our present-day unfortunate circumstances, those employed and capable of carrying a mortgage were doing rather well. Unless you parents were terribly unsuccessful, there is no reason why you were doing the “Hamburger Helper” and such on the patio grill. I’ll bet you were grilling T-Bones and perhaps prime sirloin on that grill. And you gobbled it up right down to the bone.


Today, many Democrats believe the wealthy are bad to the bone. A new Gallup poll asks: "Do you think the U.S. benefits from having a class of rich people or not?" An amazing 46 percent of self-described Democrats answered "or not."

When I asked two left-leaning pundits about this, they said it is all about "income inequality." They asked me whether my father would approve of that. I said he most likely would reject the entire concept of "income inequality" by giving the pundits the same advice he gave me: "If you don't like what they're paying you, work someplace else."


And I followed that advice, moving 10 times in 15 years on my way up the television news ladder. It wasn't easy, but if I thought my employer was hosing me, I began looking around.

Bill, on your way to the top, did any interviewer ask you ‘why” you might have changed positions so frequently? Could it have to do with your feeble .... never mind.


That's how capitalism is supposed to work. America is mandated to provide "equal opportunity," not equal outcomes. The boss man can pay what he wants. It's our choice whether to take it or leave it.

So we have it from the Oracle. The contract between capital and labor is a contract of adhesion.


President Obama doesn't seem to get that. He often puts forth that wealthy Americans are not paying their "fair share," that somehow the fix is in, and the rich folk are gaming the system at the expense of working people. But for two years, Obama had an adoring Democratic Congress that did absolutely nothing to further the concept of "income equality." The reason? It's unconstitutional. The feds cannot dictate salaries and benefits in the private marketplace. Obama care is an attempt to breach that constitutional wall. We'll soon see what the Supreme Court says.

Capitalism is no beach day. The strong and sometimes ruthless prosper. The poorly educated and unfocused often fail. For many Americans, failure is unfair and unacceptable in a "just" society. But my dad knew and accepted the truth of capitalism: Some will win big, some will lose big, but most will live comfortable lives in the middle. Just as he did.

Gee, I wanna go to the beach now. But I’ll get some sun-screen, promise.
Posted by Scott at 11:44 PM

Email ThisBlogThis!Share to TwitterShare to FacebookShare to Pinterest
Labels: No Country For Old Men

Facts roll off the Falafel Bills of the world like water off duckies.
~

What a load of non-sequitirs in that last section.

that wealthy Americans are not paying their "fair share," that somehow the fix is in, and the rich folk are gaming the system at the expense of working people.

But for two years, Obama had an adoring Democratic Congress that did absolutely nothing to further the concept of "income equality."

Congress is in charge of concepts now? Might as well, actual legislation seems to be beyond them.

The reason? It's unconstitutional.

The feds cannot dictate salaries and benefits in the private marketplace.

Maybe not, but they can legislate things like tax rates. You know, that whole 'paying their fair share' thing. The idea being, Bill, that if someone takes advantage of the society and infrastructure to make themselves wealthy, they should be obligated to return the favor by making sure those same advantages are available for the next guys to come along, not to pull up the ladder behind them.

Obama care is an attempt to breach that constitutional wall.

Ummm. the PPACA really doesn't say anything about salaries or the wealthy. In fact, it's revenue neutral and when fully implemented, actually will reduce the deficit.

In Lies and the Lying Liars who tell Them, Al Franken demolishes those claims of an underprivileged childhood.
And pretty much every thing Bill O ever said or says.
Suezboo

Oh, I thought he kept changing jobs because of the sexual harassment suits. Can you make falafel on a grill?

No one's pushing for "equal outcome." The problem is "equal opportunity" is long a thing of the misty past. It's not just hard work to get a base-level college education; it's damn near impossible without putting oneself into lifelong debt. That's not by accident; certain parties want a general citizenry that's undereducated and desperate. Lord knows Bill O does his part to create it.

So, how does Bill O feel about guys who make a mint off of America and then run for the border so they don't have to pay back? Lecture us upon this subject, oh mighty scourge!

Yeah, even "equal opportunity" is something I've given up on reviving in an age of "death taxes". I'd be happy with a consensus and policies directed at the premise that if you work forty hours a week, you should not be anywhere near the poverty line.

And yes, Bill, technically the government can dictate salaries. It's called the minimum wage. They can dictate benefits, too. That's called the Family Medical Leave Act, among others. (You could possibly argue that not being sexually harassed by your pervert boss is also a benefit they dictate.)

If Bill wants money in his pockets, he needs to think of ways to get other people to put money in the pockets of his listeners first. Fortunately, someone already has: minimum wage!

NIce deconstruction of a straw-man, there, Billo! Poor people hate the rich.

No one hates the rich except the rich themselves. All we want is for the rich folks from, say, WESTBURY (not Levittown and Keith, you should know this) to acknowledge that they owe a debt to society for providing the opportunity and resources that allowed them to become rich and to pay back into that system.

Yeah, he ate Hamburger Helper. And had a little dog named Checkers WHO HE WOULDN'T GIVE BACK NO MATTER WHAT THEY SAID ABOUT IT! So there.

No one hates the rich except the rich themselves.

Well, I do. Fuckers.

Until they hire me, of course. Then they're salt of the earth.

I would say I was a whore, but my work is not as honest and is more degrading.

It's ok to hate the living. We understand.

Aw, can't we forgive the guy wanting to edit his childhood a wee bit before reliving it in public? I mean, if I want to tell people my mother was a German farm girl who got pregnant by an American paratrooper who was caught behind enemy lines, hidden in the barn, and never told that the war was over; that she traded me to some Gypsies for magic herbal formulas; and they in turn sold me to some Sherpa yak traders who left me in a monastery in Tibet, what's the harm? Which all goes to prove you should never text while driving. (I think that's what it proves.)

No, I can't agree. Not only do they believe they earned and deserve all their wealth, and shouldn't have to pay any taxes, they also want (and deserve) everyone else's money, too.

People who feel they've earned and deserve that money also feel its easy to get more. People who are insecure about it, want to hoard it.

"In Lies and the Lying Liars who tell Them, Al Franken demolishes those claims of an underprivileged childhood."

I kind of feel like the fact that Papa O'Reilly's pet advice was "If you don't like your job, get a new one!" kind of demolishes those claims all by itself.

Also, frankly, the fact that Papa O'Reilly's response to people who get screwed through no fault of their own was "Eh, somebody's gotta get fucked, no sense worrying about it" makes him sound like kind of an asshole. "Equality of opportunity, not equality of outcome" doesn't sound profound when you remember that the outcomes liberals are complaining about are things like "dying painfully from an easily preventable disease".