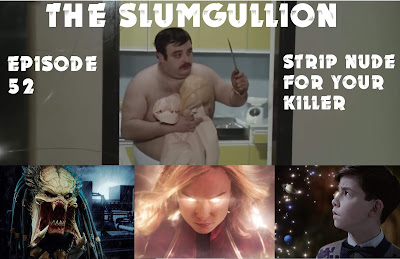 This episode we watch The Predator (don't we have enough of those in Congress, do we really need them in our multiplexes?) and The House With a Clock in Its Walls (at least according to Zillow), and try to decide if this much "meh!" is the byproduct of an industrial accident, or whether it's cooked up deliberately in mobile Meh! Labs by renegade high school chemistry teachers.

Then they tackle the Unknown Movie Challenge -- Strip Nude For Your Killer -- and are forced to turn in their Man Cards and burn their Italian bun-huggers, much like women incinerated their brassieres during the height of Second Wave Feminism.

I suppose this happens to everyone from time to time, but living in Hollywood, it seems to happen to me all the time. You know the feeling: you just need ten gallons of Regular, a caffeine-free Diet Dr Pepper, and a box of Twizzlers, but while you're fumbling for your debit card a rave breaks out in front of the mini-mart, and the next thing you know, you're waking up disoriented in the Cool Tent. 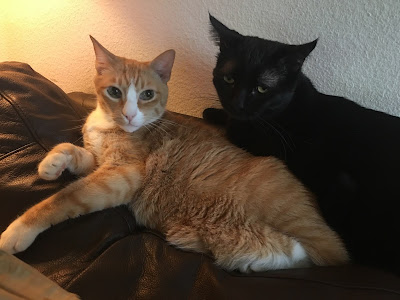 SHADOW: Can you believe it? According to Twitter it's "Caturday", or some such bullshi--

MOONDOGGIE: What? It's Caturday?! I better get up and start bringin' the kawaii, or I'll get totally stiffed by Japanese YouTubers! Again!

MOONDOGGIE: We're on top of the couch.

SHADOW: Don't be fooled by the hype, Orange Guy. It's just another made-up Hallmark holiday like Boss's Day, or World Nutella Day, or German Apples Day-- 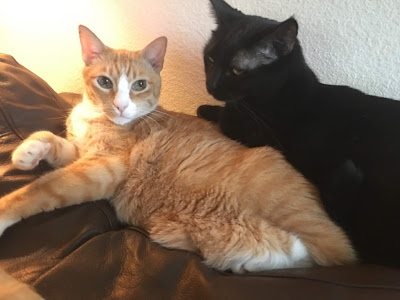 MOONDOGGIE: If the Germans hear about your potty mouth, they might refuse to honor my gift card to Wienerwald!
Posted by Scott at 11:01 AM 2 comments: 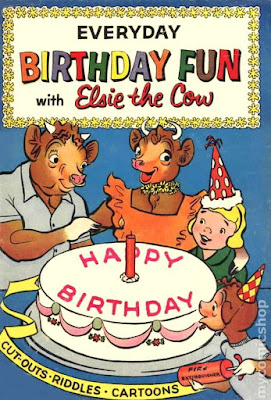 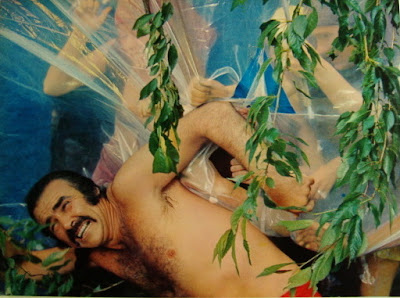 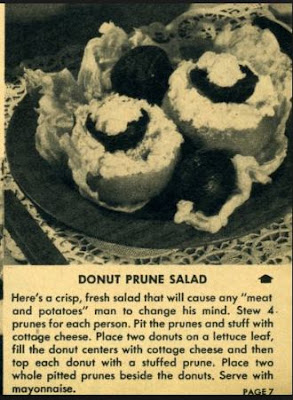 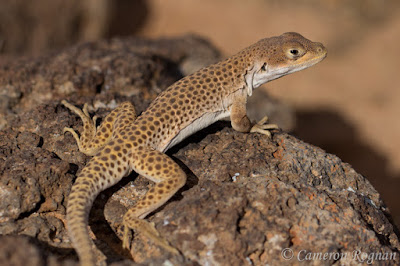