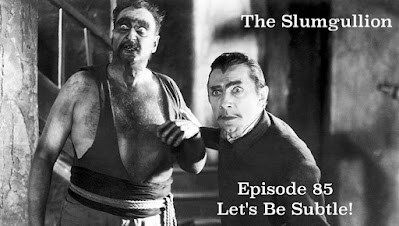 Jeff, Scott, and Mrs. C. enjoy the mother of all zombie movies.

And the Traditional Third Anniversary Gift is Butane 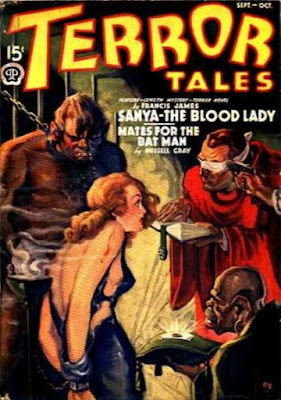 HER: I dunno...I went on the Engaged Encounter weekend and took the Pre-Cana classes, but I still can't shake the feeling there's something weird about these Catholic weddings... 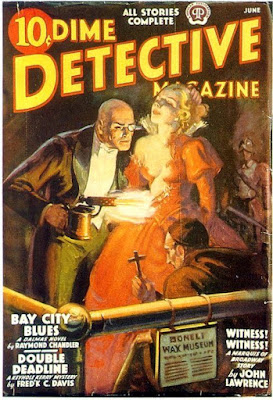 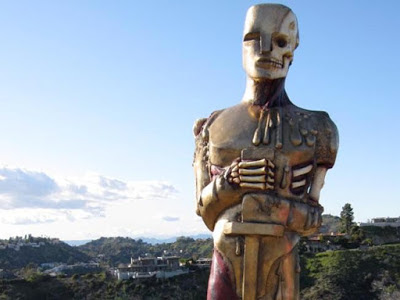 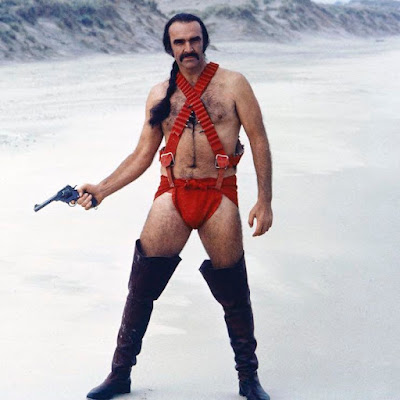 The wardrobe.
2017 WINNER: Isabelle Huppert, in Heaven's Gate (1981)This expensive, expansive Western epic ipecac is one of the most notorious bombs of all time. It actually bankrupted a studio. Over the years, it's been cut and recut, so I have no idea which version I actually saw. Presumably, there's a version that's actually good, but I have no desire to see every version to find it. One viewing of this incoherent mess was enough.
2018 WINNER: Gary Oldman in The Scarlet Letter (1995)The movie that put the "Dim" in "Dimmesdale". To say they took liberties with the Nathaniel Hawthorne novel is an understatement.  They turned it into Hester After Dark. An actual porno film would have been more honest, and we'd know what the "A" stood for.
SHOULD-HAVE ALSO-RAN: Christopher Plummer in Starcrash (1978)We're all saddened by the recent passing of Christopher Plummer, a consistantly fine actor with a career that spanned seven decades. When he received an Oscar nomination for All The Money In the World (becoming, at the age of 88, the oldest actor to be nominated), it hadn't occurred to me he had a movie worthy of a SKELLY. But I had not seen Starcrash. In fact, I never even heard of it until I watched the recent revival of Mystery Science Theater 3000, and it was used in one episode. It's a space opera, featuring an intergalactic pirate (Carol Munro, whose wardrobe consists mostly of bikinis), her trusty sidekick (Marjoe Gortner, whose hair upstages him), and a robot that for some reason speaks with a redneck accent. Along the way they meet the Prince of the Galaxy (David Hasselhoff. DAVID HASSELHOFF?) Christpher Plummer plays the prince's father, the Emperor of the Galaxy. He comes off a bit more dignified than the rest of the cast. I'm not sure if he's good, or it's just that the rest of the cast is so embarrassingly bad that his no-nonsense proffessionalism just makes him seem better by comparison. What I am sure of is that Starcrash is the lamest Star Wars ripoff ever. If action figures for this thing exist, owners can remove them from their original packaging, secure in the knowledge that a decrease in value would be mathematically impossible.2019 WINNER: Richard E. Grant in Hudson Hawk (1991)I considered canceling the SKELLY Awards that year, because it was basically a two-movie race (the other one being the lame Glenn Close vehicle Maxie) But, having avoided seeing Hudson Hawk for nearly 30 years, I finally watched it solely for the column. No way would I endure such an exhausting, mind-numbing experience, and have nothing to show for it.  Richard E. Grant, who played one of the movie's villains, detailed his experiences on the film in his autobiography With Nails. According to him, star Bruce Willis kept adding new ideas and re-writing the film during production, which explains why the movie went way over budget. It also explains why the plot is so incoherent, and there's no continuity.  Or, as Grant put it, "It was a stinking pile of steaming-hot donkey droppings" .
He was being kind.2020 WINNERS: Al Pacino in Cruising (1980) and Tom Hanks in Mazes and Monsters (1982) [tie]"Cruising" is the only movie on this list to have been picketed by a minority group. No, not film critics, though that would make sense. The LGBT community took offence to it, with good reason. Today, images of gay characters have become so mainstream that last December, there were four holiday films featuring gay couples (played by openly gay actors). But in 1980, a movie about an undercover cop (Pacino), tracking a serial killer targeting gay men who frequent leather bars, was one of the few movies to feature any segment of the LGBT community, and it confirmed everyone's worst assumptions. Controversy aside, Cruising is nothing more than a big-budget slasher flick, but the plot makes less sense, and nobody in it looks like they ever used deodorant. In their life.
From the opening, with a dribbly ballad dumped over the credits like syrup, to the WTF?? ending, Mazes and Monsters made me laugh harder than Carbon Copy, She-Devil, Death To Smoochy, Stop! Or My Mom Will Shoot and Hudson Hawk combined. Too bad it's not a comedy, but a cautionary tale. It centers on a group of college students who play a role-playing game, "Mazes and Monsters" (a stand-in for "Dungeons and Dragons"), According to this movie, RPG's are a gateway drug to LARPing, which leads to mental illness. Tom Hanks' character, Robbie, loses all touch with reality and begins to believe he's a character in the game. This is presented as real danger. He's like that guy in Reefer Madness who winds up being committed to a mental institution for the rest of his life. If Tommy Wiseau adapted a Jack Chick tract into a feature film...no, even that wouldn't be as ridiculous.
I hope you've all enjoyed this annual column. I'll leave you all with one final note: I have a confession to make. I've seen every one of these movies...except one. In one case--and only one case--I bluffed having seen it. I meant to, but couldn't get hold of a copy in time for the column, but was confident that it was awful enough to decalre it the winner anyway. The first person to correctly guess which one it is...won't win anything, but will have the satisfaction of being a really fast guesser. And really, isn't that reward enough?
Posted by Scott at 11:13 PM 6 comments: 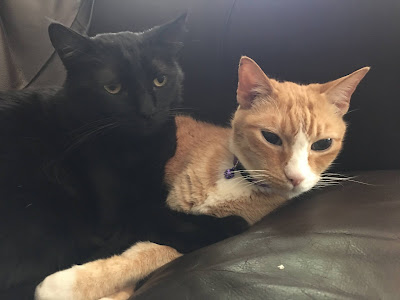 SHADOW: He had a little too much catnip--

MOONDOGGIE: What! Who said that? I heard that!

MOONDOGGIE: No, one of them called you a "basic black bitch"--WHICH ONE OF YOU SAID THAT?! I will find you, and I will claw you down to the shin bone!

SHADOW: He doesn't mean that--

MOONDOGGIE: I do too! I'm dangerous when riled! I once killed a man in Reno just for salivating at my tuna!

SHADOW: Honey, c'mon. You really need to simmer down. 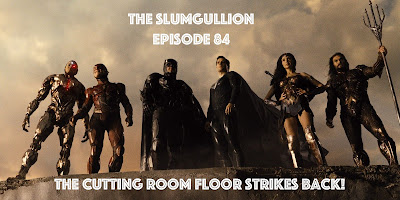 The Slumgullion Podcast · Slumgullion 84: Justice League: The Snyder Cut: Dawn of Hyphens
Posted by Scott at 12:37 PM No comments: 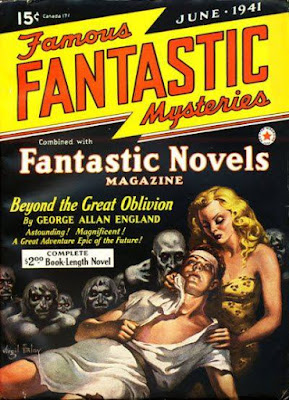 HIM: Are…Are you all right, Elaine?
HER: Yes, Roger, everything’s fine now. While you were unconscious I talked it over with the zombies, and they’ve agreed to eat you instead of me, because better you than me.
HIM: What! But…I thought you loved me!
HER: And so will they, especially with this zesty dry rub I’ve applied to your breast and thighs.
Posted by Scott at 6:48 PM 1 comment:

Email ThisBlogThis!Share to TwitterShare to FacebookShare to Pinterest
Labels: For No Good Reason, Repurposed Pulp 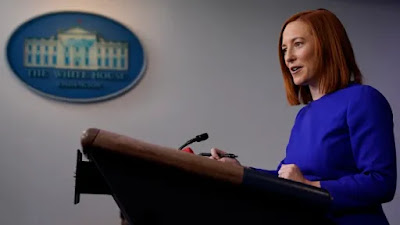 JEN PSAKI: Yes... REPORTER: But when's he gonna hold a formal press conference so we can get him on the record about Mr. Potato Head's cock, and why his dog is shit?
Posted by Scott at 11:37 PM 2 comments: