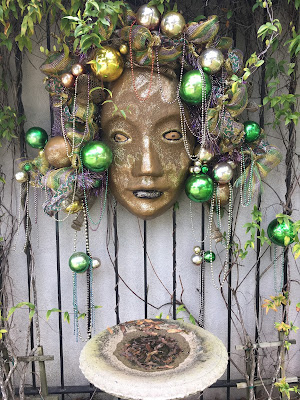 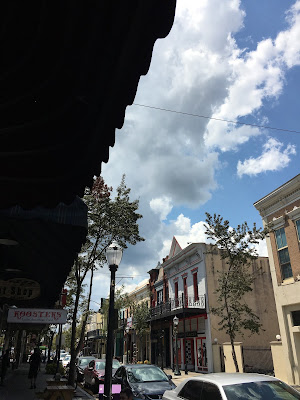 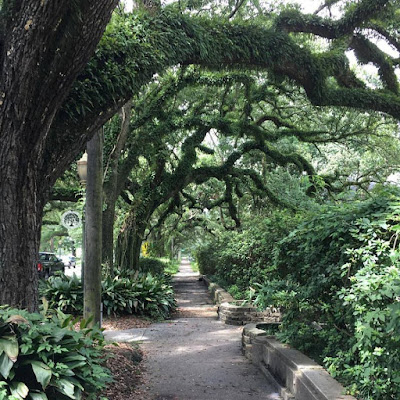 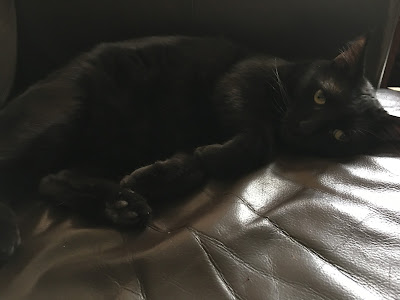 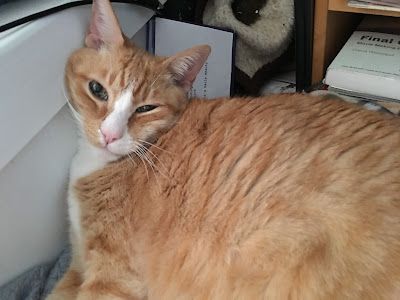 It is amazing how things we might have once thought palatable now act upon us grease in the proverbial fowl.
But while I myself do like chicken Caesar salads, I have never tried them with a *blush* pussy bow.
WTF?

Both responses are correct.

What? You were expecting them to satisfy your petty human ego with some vulgar display of affection, after you've let them go three nerve-wracking weeks without a backup food dispenser? You monster! No wonder they need their rest.

Glad to see you're back, Scott.

I've been to Mobile in the summer. Even somewhat acclimated to the heat and humidity as I was, "perspir[ing] like a Yellow Jack patient" aptly describes the experience. All that salty cuisine may not do much for your blood pressure, but on the other hand, it probably helps ward off the heatstroke.

Not sure how it is that I missed seeing Frankenfish when it was making the rounds on cable. Too bad, because the IMDB reviews (quite a few of them, anyway) make it sound like the sort of unwholesome entertainment I'd enjoy.

Frankenfish is resident on Shudder TV....

Welcome to the South, dude! :)

"Never get out of the fucking boat!"

Scott, the screenwriter. Did not know. Great to have you back. I've not been to AL, which seems to be the epitome of a really unpleasant place though I'm sure there are some pleasant aspects of that state (thinking, thinking). Um, or at least not bad.