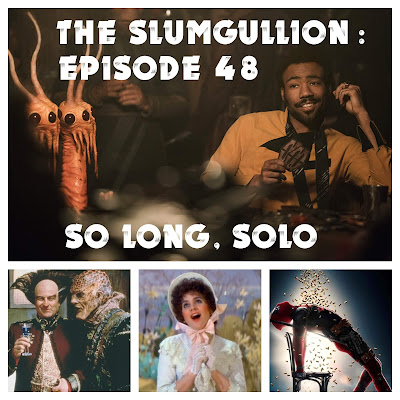 Jeff and Scott have come not to praise Deadpool 2 but to...Well, actually to praise it, but they get distracted by the release of Babylon 5 on Amazon Prime (which sounds like we're stuck in yet another stupid Star Trek timeline), and the Shakespeare in the Park production of Pirates of Penzance, starring Kevin Kline, Linda Rondstadt, and Rex Smith as Street Hawk!

Then it's on to the mean streets of Corellia (A Quinn Martin Production) for Solo: A Star Wars Story: