Day of the Rope (A Dope) 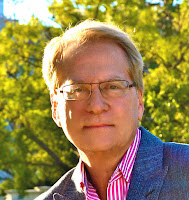 Legal gadfly Larry Klayman is back, guys! As you may recall, Larry founded Judicial Watch in the 1990s to bring down the Clintons, but it didn't work out that well, and he wound up suing his own organization. He also sued his own mother and blamed the Clintons for telling people about it, then he ran for the United States Senate in Florida, but was either too crazy or not crazy enough to get past the primary. In Florida.

Later, he formed a successor group to Judicial Watch -- I can't remember the name; Watch on the Rhine, or something like that -- but gradually sank like Artax into the Swamp of Sadness that is World Net Daily.

But now that Hillary Clinton is the Democratic nominee for President, he senses a chance to piggyback his way to renewed relevance, so he's begun folding her into the Obama-led race war Larry's been whipping up in his head.


Hillary and race baiters will be held to account

Hillary Rodham Clinton last week during the Republican National Convention equated her opponent and presidential GOP candidate Donald Trump with the Wizard of Oz, suggesting that he is not what he appears to be and hides behind a curtain of deception.

For the "Bonnie of the Bonnie and Clyde" criminal duo, which includes her hubby, Bill, otherwise known as "Slick Willy," the analogy was ironic. Given her never-ending spate of scandals, and the fact that the private email caper is not over, it's clear that sooner or later Dorothy's house in Kansas is about to fall on the Wicked Witch of the Left.

Hm. Considering this year marks the 23rd anniversary of the "Arkansas Project", in which billionaire Richard Mellon Scaife and serial-abuser-of-consecutive-consonants R. Emmett Tyrell, Jr. promised to put a political end to the Clintons once and for all, I admire Larry's patience, because Dorothy's house has gotten some amazing hang-time. Way better than Damocles' sword. Maybe it got tangled up in the telephone lines like a pair of drug dealer's sneakers, or possibly it caught on some branches. I advise Larry to violently shake trees at random until something falls out. Start with coconut palms.


Despite my skepticism of the legal and judicial systems –

Well I don't blame you you for your low opinion; it's pretty obvious they'll let just anybody be a lawyer these days.

-- given all I have experienced and fought for over the years in the trenches of Washington, D.C.

Ah, that's why, despite chasing the Clintons for twenty years with a Javert-like persistence, he's never caught them. It's not that Larry's lawsuits are written like Mad Libs and proceed from bullshit premises, it's that he's slowed down by trenchfoot.

and around the nation, which I chronicled in my autobiography, "Whores: Why and How I Came to Fight the Establishment,"

That's a snappy name for your memoirs, Larry. One suggestion, though: lose the subtitle. Just the one word seems to sum up your C.V.

and in my 300-plus columns over the years at WND

I continue to believe in justice and, more importantly, "divine justice."

Well, then I guess you can retire. 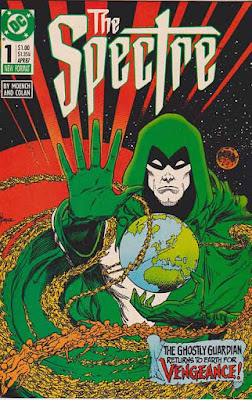 Plain and simple, the rank criminality and corruption of the Wicked Witch of the Left will catch up to her, and I am not just talking about the possibility that she may never be president of the United States.

Okay, I want to withdraw that comparison to Javert, because I don't believe he and Larry are actually in the same league, persecution-wise. Say what you like about Jean Valjean, he did steal that loaf of bread.

The stench surrounding her has reached historic proportions.

He who smelt it dealt it, Larry.


The history of her misdeeds, all of which have the establishments of both major political parties and compromised law enforcement authorities have attempted to cover up, is at the level of an unserviced and overflowing septic tank in your backyard.

Well, if Hillary can get Democrats, and Republicans, and the FBI and the courts to cover up her crimes, then she's clearly a uniter who can bring this fractured country together. However, if she wasn't trying so hard to outdo Taylor Swift with the size of her squad, maybe the septic tank wouldn't be overflowing.


The putrid order of the past of the Wicked Witch and her husband – a president who at a minimum engaged in oral sex with a young White House intern while it was the nation that was getting screwed with illegalities, ranging from Whitewater, to Chinagate, to Filegate, to Travelgate, to IRSatre, to name just a few of their more than 40 scandals – is now a documented pattern of corruption and criminality.

Uh-huh. Based on exhaustive, overlapping, interminable, and expensive investigations, none of the above were actual scandals, let alone illegal. Okay, I admit, "IRSatre" is new to me, but I assume that's a misspelling of "IRSartre", which refers to the scandalous prank in which loyal, taxpaying Americans would show up at the Internal Revenue Service for an audit and find themselves trapped by "No Exit" signs in the elevator lobby.

Anyway, Leisure Suit Lawsuit Larry goes on for another couple paragraphs. They're too long to excerpt in full, so I'll just give you the highlights: "henchmen", "squirrels", "not the Wizard of Oz but the Wicked Witch of the Left herself", "communists like Saul Alinsky", "leftist bastion of cancerous fools", "rabid feminist", and "'women's vote'", and finally, "an ardent supporter of Black Lives Matter and its co-conspirators who are successfully igniting a race war."

You remember the "race war" Larry mentioned last week, right? Me neither, but this column reminded me that I really oughta buckle down and decide what I'm going to plant in my Victory Garden. I've narrowed it down to white corn or black-eyed peas.


These black, racist supporters of the Wicked Witch, to put in mildly

I'd love to see what you consider fighting words.


include but are not limited to the racist-in-chief himself, Barack Hussein Obama, who regrettably is currently our president.

Not that Larry hasn't tried to change that. Unfortunately, he's not as good at his job as the Republicans employed to cover up Hillary's many murders and, apparently, poop in her septic tank.


The others are the certified black Muslim Jew, Christian, white hater and leader of the Nation of Islam, Louis Farrakhan, the degenerate "Rev." Al Sharpton, the race-baiting former Attorney General Eric Holder and the founders of Black Lives Matter.

I wonder who certifies these people? I hope it's not the folks who "certify" pre-owned Toyotas, because they do an indifferent job at best. If we're lucky it's the same guy who ensures that Hebrew National Bun Length Beef Franks are made under strict rabbinical supervision, because that dude knows his stuff.


This week, all were served by same-day process servers with their pre-Christmas gift (of course, Farrakhan and Obama and many of their comrades celebrate Ramadan), a class-action complaint I filed as lead plaintiff in the U.S. District Court for the Northern District of Texas, where the Dallas police massacre recently was perpetrated.


The class-action complaint, which alleges that these defendants incited, provoked and/or engaged in the violence that has resulted in many police and law enforcement killings, can be viewed at FreedomWatchUSA.org.

You might as well go look at it. It's not like any of the intended recipients are ever going to see it.


It is at best amusing that Sharpton, the charlatan that he is, actually ran from the process server.

Because charlatans have a well-known bias against cardio-vascular conditioning.


As I stated in this Daily Caller article, it is also ironic at best that big mouth and MSNBC commentator Sharpton, the Muslim King Obama's right-hand man when it comes to race-baiting and hating, someone who has a "seasons pass" to the White House, did not have the courage to willingly accept the complaint.

Yeah! That's like when some bitch at a bar cold-shoulders your offer of free herpes.


Apparently, a court of law is not where the so-called Rev. Al feels at home.

Well, I don't really blame him. The judge usually hogs the Tivo remote, and the bailiff drank all my Tahitian Treat.


Home for this sleaze ball is a good riot pitting blacks against whites and any others he can use as a foil to jingle the change for his racist organization and himself. He is a coward, plain and simple.

I don't know what Sharpton is so scared of. It's not like words such as "sleaze ball" or "riot" or "racist" or "coward" are in the complaint itself. Those words usually appear only in Larry's annual Christmas card.


But along with the Wicked Witch herself, which I continue to pursue in court concerning her private email server and related history of racketeering scandals, Obama, Sharpton, Farrakhan, Holder and Black Lives Matter will now be called before the bar of justice.

Since there's zero chance any of these people, let alone the President, will ever be dragged into a court on Larry's say-so, I can only assume that Rocky Horror Picture Show star Victoria Justice has opened a saloon.


Let them appear in front of a federal judge in Dallas

Hell, let them appear in the TV show Dallas; that's actually more likely to happen. And why is Larry filing this lawsuit in Texas when he lives in Florida? That smacks of a shyster stacking the deck in defense of a feeble case, and it can't be that.

Anyway, let's fill a syringe with penicillin while the rest of Larry's periodic verbal discharge dribbles off his lips:


just as they appear in front of their racist supporters who are now in the process of irreparably dividing the races and wreaking death and destruction to not just law enforcement authorities, but others as well, including their own creed in the inner cities.

Just imagine listening to that closing statement from the jury box. It's like the rhetorical equivalent of what you'd get if George Wallace and William Jennings Bryan conceived a lovechild during a Perry Mason rerun.
Posted by Scott at 8:17 PM

Email ThisBlogThis!Share to TwitterShare to FacebookShare to Pinterest
Labels: Can I Peek Under Your Hood?, Get the Butterfly Net

EVerybody needs a hobby.

Just wanted to let you know, my own gentle form of snark is back! :)

Be sure to click that link on Monday: yologal.com

Great work, Scott. Ever notice how much Larry Klayman looks like Michael Douglas in "Falling Down"? Also, Monica wasn't an intern when she "went into service," so to speak. Klayman, like Drumpf, can't get even simple facts straight.