Happy Birthday, Preznit! I Got You New Fetus-In-A-Cyst!

Today is the natal anniversary of a man who goes by many names and at least one face on social media, but who is best known around these parts as Preznit, aka preznit giv me turkee. Wizened and wise, Preznit has been injecting high pressure wit into our comments since the early part of the century, so we wanted to get him something that was equally antique, and finally settled on a movie about a magical pimple on Lee Strasberg's daughter. Enjoy! 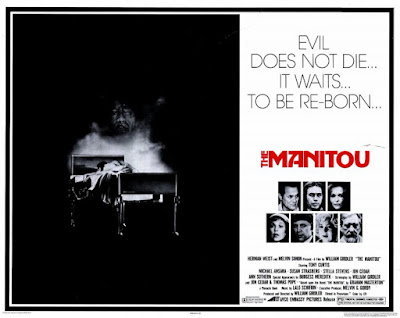 Two doctors contemplate X-rays of a fetus growing on the back of Susan Strasburg's neck. One of the physicians is played by Paul Mantee (Robinson Crusoe on Mars) which is neither here nor there, I just love that Mantee is in The Manitou, because it makes the whole thing sound less like body horror and more like a Dr. Seuss book). They make Susan partially strip in the waiting room so they can poke at her weird tumor in public, then sneak off to a private office where they conspire to give her neck an abortion.

Tony gets a call from ex-girlfriend Susan, who wants to talk about her pregnant neck. They stroll around a park, take a series of cable car rides, watch a man smash crab legs with a mallet, and ultimately find their love rekindled by Susan's abscess. Cut to Tony's apartment, where he and Susan are wearing bathrobes, which implies that they've just had sex, or a bath. They drink wine and Tony playfully reads the Tarot cards, but he's unsettled to discover that no matter how many times he reshuffles or deals them, they always predict the same thing: a bad movie.

The next day, the Doctor who's not Paul Mantee (played by co-writer Jon Cedar) tries to abort the neck baby, but Susan starts muttering some occult gibberish in her sleep, which makes Dr. Screenwriter try to amputate his own hand. (This movie was popular with the anti-abortion movement, although Operation Rescue activists were disappointed to discover that shouting Dungeons & Dragons spells at a Planned Parenthood clinic didn't actually make the staff self-mutilate.)

Another wealthy widow comes to Tony's for a reading, but before she even has time to get aroused by his mustache, the Manitou makes her shout the same incantation (which sounds like "Banana! Witchy! Coelacanth!"). The spirit possesses her body, making the elderly woman levitate and float  through Tony's Victorian apartment house, which is eerie and haunting until the Manitou slips and falls down the stairs.

Tony goes to the hospital to ask the sweaty, bed-ridden Susan who or what is sending these messages from the mystical realm, and could they stop tripping his clients? But she just grabs her neck and utters a piercing shriek, which is also what I tend to do when I first get out of bed in the morning.

In desperation, Tony goes to Stella Stevens, hoping she'll make for a less irritating love interest, but everyone gets distracted by her curly brunette wig and weird brownface make-up, wondering if it's supposed to be some kind of Gypsy drag, or if Stella pulled a Sean Young at the audition for The Lena Horne Story.

Stella suggests they abort the neck baby with a seance, so Gypsy it is, I guess. She and Tony gather around a table with Ann Sothern, who had a respectable career in Golden Age Hollywood that included many classic films, but who I choose to remember as the voice of Jerry Van Dykes' 1928 Porter in My Mother The Car because I can be a dick that way.

Stella cold calls the spirit world, and Ann starts muttering about Bananas and Coelacanths while an oil-soaked Indian head bubbles up out of the dinette set. The window shatters, Mom yells at them to stop playing with evil spirits in the house, so Tony and Stella drive out to Sausalito to visit Dr. Burgess Meredith, who is an anthropologist with a Ph.D in Exposition.

Dr. Meredith explains that Susan has a 400-year old Indian medicine man gestating on her neck, so they'll need another shaman to remove it. Not to mention a styptic pencil. Unfortunately, Tony's HMO considers aboriginal neck abortions to be cosmetic, and won't cover it without a referral.

Meanwhile, back at the hospital, Dr. Screenwriter tries to remove the Manitumor with an "optical laser", which I assumed was one of those LASIK devices, but no, it's apparently Blofeld's death ray from Diamonds Are Forever, because the the spirit uses it to demolish the operating room. Dr. Screenwriter surmises that because "we pumped enough X-rays into it to see through Fort Knox" that "we've created a monster." I don't imagine it did Susan a world of good either. So anyway, heed the Doc's safety tip: if you have a magical, reincarnated fetus growing on your back, don't bombard it with radiation until it mutates. And don't pick at it, you'll give yourself a scar.

Tony drives to South Dakota, which is apparently now located in the San Fernando Valley (maybe it had to move to a drier climate for its health), and asks John Singing Rock (Michael Ansara) for help. Singing Rock is a medicine man who knows about the Manitou and how to combat it; in fact, judging by the massive info-dump he takes on the film, he's basically the Neck Fetus Wiki.

Singing Rock and Tony visit Susan, who now has a hump the size and mobility of Marty Feldman's in Young Frankenstein. Michael's plan is to draw a circle around the bed, because evil spirits can master both mind and matter, but they never score well on the Geometry part of the SATs.

Bad news comes when the blemish introduces itself to Singing Rock; it seems Susan's tumor is the greatest medicine man of all time, an ancient shaman who could divert rivers and raise mountains, and he quickly proves his power by preventing Tony's Alka Seltzers from fizzing properly.

Perhaps realizing this wasn't the most chilling display of his mystical prowess, the shaman strips the skin off a male nurse like a peel 'n' eat shrimp. Tony and Singing Rock rush to Susan's room, where a dromedary hump is now poking through her hospital gown. It pops like a zit, and a gooey Native American dwarf wriggles out of her torso while Susan has what sounds like a prolonged and inappropriate orgasm.

If the reborn medicine man gets free of the circle, "absolute devastation" will ensure, so they decide to sit in the waiting room and drink coffee. But the Manitou finds this dull and decides to spice things up by reanimating the flayed orderly, and we get a brief, skinless puppet show. It doesn't really help, but it's less boring than that "Lonely Goat Herd" scene from The Sound of Music.

The Manitou flocks the hospital waiting room and freezes the head nurse in the act of hailing a taxi, or rendering the Nazi salute, or maybe hailing a nazi taxi (a naxi?), then starts a blizzard over by the vending machines. A sudden wind smashes the window and the glass shards decapitate the head nurse, which clearly means a demotion.

Tony fights back against this black magic with office supplies. It doesn't work very well, but I did learn something new: in the 70s, IBM Selectric typewriters contained napalm, judging by the way they'd explode into a massive fireball on contact. I can see why people were eager to make the switch to PCs.

The demon dwarf sends an earthquake, because it's San Francisco, and he believes in fresh, locally sourced, farm to table special effects. Singing Rock says they're beat, but Tony has seen Disney's Pocahontas, and realizes that every object has a spirit -- a manitou of its own -- and if they turn on all the computers at once, maybe they can give the evil spirit a fatal system error.

They go into Susan's room, which has turned into a star field. The dwarf is floating around in space, summoning the the Great Old One, which appears to be a Red Devil sparkler wrapped in decorative cellophane. Singing Rock can't harness the machine spirits because that's "White Man's Medicine," but Susan abruptly sits up in bed, topless, her hair poofy with static electricity, and shoots lasers out of her palms at the orbiting dwarf.

This touches off another explosion, then we see some effects footage leftover from the end of 2001: A Space Odyssey, and then Susan says, "My contract calls for 30 seconds of nudity and that's IT!" So suddenly she's wearing a frumpy hospital gown again, and there's a smoldering pile of shaman on the linoleum.

Cut to the next day. Made for TV music plays as Tony walks Singing Rock to his cab, gives him one of those "Brother" handshakes he's seen in blaxploitation films, and pays him off in Prince Albert (the tobacco, not the penis piercing).

We pull out to a wide shot of the city, where a superimposed legend tells us, "FACT: Tokyo, Japan, 1969. A fifteen-year old boy developed what doctors thought was a tumor in his chest. The larger it grew, the more uncharacteristic it appeared. Eventually, it proved to be a human fetus."

The fetus was arraigned in Superior Court, in and for the County of Los Angeles. In a moment, the results of that trial...

Now, in keeping with our birthday customs, he's a little sexy Ann Sothern from her studio salad days: 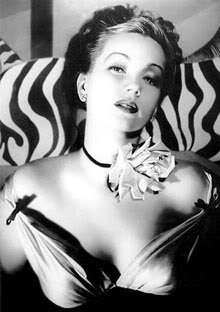 And, of course, no post-natal celebration would be complete without the traditional... 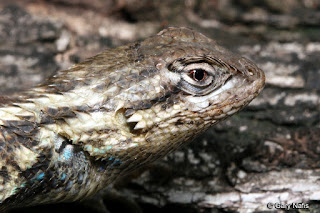 Please join me in wishing Preznit a very happy birthday.
Posted by Scott at 2:52 PM

Happy Birthday Preznit! Hope you get some real turkey for dinner!

They [...] ultimately find their love rekindled by Susan's abscess.

Well, you know what they say: "Abscess makes the heart grow fonder." (If you're gonna steal, steal from the best.)

Preznit ! You still about? If so, celebrate wildly. Happy Birthday anniversary and many more etc etc.

I remember seeing "The Manitou" as one of the very first VHS rentals I ever made. I remember thinking this definitely wasn't what this technology was invented for.