Slumgullion 67: Of Dinosaurs and Dirtbags 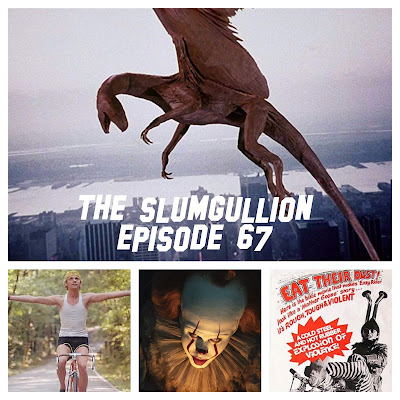 Scott goes to the 40th Anniversary screening of Breaking Away, meets the cast, and discovers Paul Dooley is mostly not dead. Then it's Larry Cohen's Q: The Winged Serpent (1982) starring Michael Moriarty as an aging Baby Driver who falls in with a homicidal femme fatale who also happens to be an ancient Aztec god (can this marriage be saved?) versus The Rebel Rousers (1970), featuring Diane Ladd as a pregnant spokesmodel for Scotch, and Bruce Dern as a kindly Hell's Angel from an alternate dimension.