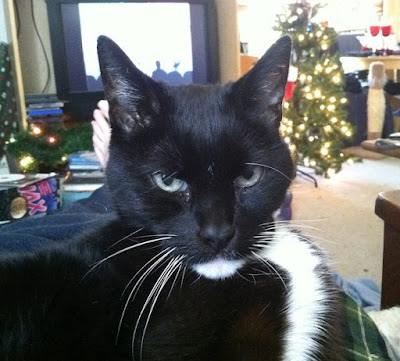 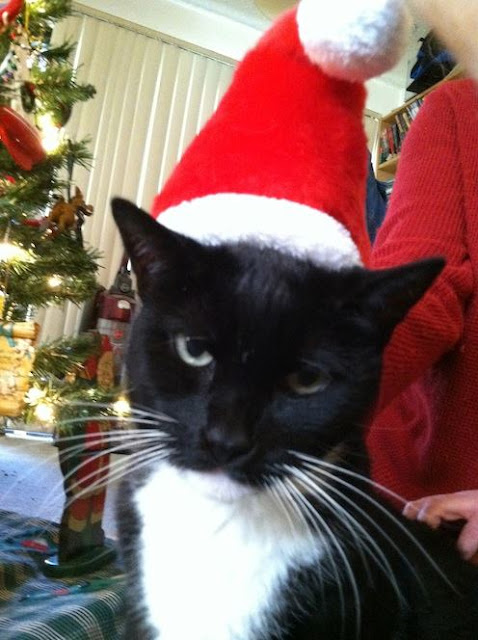 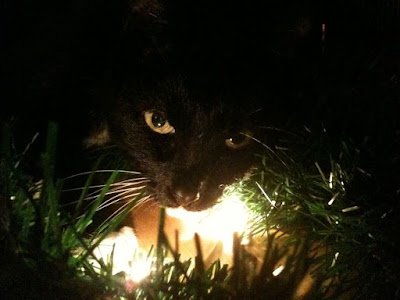 Oh, my Gawd! Merry Christmas to you and Mary, Scott!

Thanks for the laughs and the memories!

Thanks, Debbi! Happy holidays to you and Rick.

Hey Scott: once again I tried to write a comment and ended up thinking I had left one...probably just as well, as I think I had used the wrong word (their, there).
Hank and I have had cats all of our lives, even before we got together. You love them all, but there is always one, or two that hold a special place in your memories.
I used to love to read Riley's conversations, and he always had just the right expression for you to capture!
Enjoy the tail wags and trying to avoid dog kisses; and then remember why you don't have a dog now. We came to the conclusion that we loved dogs, but didn't want another after our last one died.
I know Mary is doing something that is a gift to her Mom, and a difficult thing at the same time. I spent some holidays helping my parents, while my brother took a break. My other brothers did as well. I had a little more flexible work schedule.
Take care. If Ninja and Skitter wanted to make a comment they'd say hi too. Ones asleep and the other is watching kitty t.v. via the window.
Merry Christmas to you both. and of course to Moondoggie and Shadow.
You both have safe trips back home. Joan

Hey guys, it's me, Suezboo. Remember me? Your crazy but well-meaning SAfrican old lady ?

Anyway, I just stopped by to say Merry Christmas to Scott, Mary, Moondoggie, Shadow, Bouffant, Annti and the rest of the gang. I hope you are all well and thriving. Live long and prosper and all that.

Suez! Hi! You are, let me hasten to assure you, both remembered and beloved around here. Merry Christmas.

How're things at the bottom of the world?

well. I spent a day watching every Riffed movie I could get my hands on. In particular, Whizzo made my brain bend. My mind is fuzzy, and I can no longer see colors.