As some of you may remember, Wayne LaPierre of the NRA believes I'm his best friend, and constantly sends me letters fondly recalling all the times we stood together, shoulder-to-shoulder against the gun-grabbers. And I can't blame him for reminiscing, for to hear Wayne tell it each battle was a nail-biter, with the two of us only pulling off victory when I finally pulled out my wallet and made a generous donation. Now, this is basically the same pitch I get from Habitat for Humanity, but at least they don't tantalize me with the prospect that a gunfight is about to break out at any moment. Which is probably a good thing, because it's my personal belief that Jimmy Carter is immortal, and as with Mongo from Blazing Saddles, shooting the former President would just make him mad.

What perplexes me about this situation is that while I have given money to Habitat for Humanity, I've only ever given the NRA grief. So if Wayne and I do have a relationship, it's an abusive one, and if this were a Lifetime movie, I'd be the bad boyfriend. But despite his persistence over the years I think even Wayne has begun to doubt my feelings, because today he got his friend Jason Ouimet, the NRA Executive Director, to pass me a note that basically says, "If You Still Like Wayne, Check This Box [ ]".

Well...I won't send you money, because I don't have any and anyway you'd just use it to buy cheap booze or Congressmen, or cheap booze for Congressmen, but there are other things I can contribute. My time, for instance (these emails of yours don't mock themselves). Or there's that dead raccoon at the end of the block. True, it's getting rained on, but it's still reasonably fresh; yet I can't help feeling you'd regard that less as a contribution and more the sort of oblique warning Mark Singer received in Body Chemistry when his spurned lover mailed him a squashed lobster (For more on their fraught, unrequited love, which eerily parallels my relationship with Wayne, see page 92 of Better Living Through Bad Movies.)

In 2020, you and I are facing an ALL-OR-NOTHING BATTLE for the very survival of American gun rights.

From your lips to God's ears. But you may have to shout to be heard above all the mass shootings.


For the first time in our lives, leading candidates for the White House are openly pledging to register, tax, ban, and even confiscate our firearms.

Well, that escalated quickly. From "register" firearms, which most everyone in the country supports, to "confiscate", which virtually nobody advocates--certainly not "leading candidates for the White House", more's the pity. I acknowledge, if not necessarily admire the rhetorical sleight of hand with which the most radical solution to gun violence is conflated with the most anodyne.

ME: Well, yes, these Dr. Scholl Corn Cushions are four bucks, and I gave her a five, so I'm owed a dollar in change.

NRA: But she's making RADICAL CHANGE! Instead of a filthy, crumpled dollar bill--the symbol of our proud nation--she's giving you a Sacajawea coin, beloved by Feminists and SJWs! It's like you don't even care about the historical reputation of Lewis and Clark!


And hundreds of U.S. House and Senate candidates have likewise made it clear that destroying your gun rights will be their #1 priority if they’re elected next year.


The bottom line for you and me:

If we lose in 2020, the consequences will be catastrophic.

If we lose in 2020, national gun registration will become the law of the land, and your name, personal information, and gun purchase records will be tracked forever in a centralized government database.

Well the joke's on them, since I've never bought a gun, so I say we call up Aston Kutcher and see how this prank plays out.


If we lose in 2020, huge new taxes on firearm and ammunition purchases – along with mandatory insurance requirements – will put self-defense and recreational shooting beyond the financial reach of millions of Americans.

Sure, but let's not focus solely on the negative here, Jason. Think how many patriots, as a direct result of these onerous new taxes, will not get the opportunity to shoot their own dick off while squabbling over a parking space outside the Wal-Mart, thus depriving liberal Twitter of much needed amusement and memes.


If we lose in 2020, we’ll be facing sweeping bans on semi-automatic rifles, shotguns, and pistols that will outlaw more than half of all firearms sold in America today.

If I didn't know that you're basically the modern equivalent of those medicine show quacks who would roll into some frontier town and fob off a mixture of turpentine and gooseberry juice as a cure for whooping cough, I'd be jealous of your fierce and tender faith in the efficacy of the Democratic Party.


And if we lose in 2020, we could be just months or even weeks away from nationwide gun confiscations – with millions of legally-owned firearms being seized by the government and melted down for scrap.

Well I'm sure we could make something useful out of all that scrap. Like playground equipment for school kids! Although thanks to all the un-scrapped guns, there's not as much demand as there might otherwise be.


In short, the most precious freedom in our Constitution – a freedom you and I have known all our lives – is now on the brink of total destruction.

I dunno, Jason. I feel about the Bill of Rights the way a father feels when asked which of his children is his favorite: "I love 'em all equally!" Like Dad, however, I'm lying my ass off, because while I've used the First Amendment extensively (just check the World O' Crap archives for my previous correspondence with your boss), and I sleep better knowing the Fourth, Fifth, and Eighth Amendments exist (however imperfectly applied), your most precious freedom has been reaping a bitter harvest for literally as long as I can remember.


And the only group of people in this entire country who can stop the Second Amendment from being wiped off the face of the earth are you and me and our fellow NRA members.

Well, I'd love to help preserve our many millions of guns, but I don't have a lot of spare time what with my new job as a lobbyist for the National Scrap Industry Association.


Scott, that’s why I’m asking you to please make a generous end-of-year contribution[link removed] to NRA-ILA of $28 or more – so we can head into 2020 fully prepared for the biggest election battle of our lives.


Why $28? No clue. Maybe it's an amount small enough they can circumvent some limit or reporting regulation, or maybe it's a code, the way "88" means "Heil Hitler" to the alt right.

Let me be clear.

Not only have we never faced a threat this dangerous, but gun-banners have never been better funded or better organized than they are right now.

Or more pissed off. Fortunately, they've never come up against the awesome power of my Game of Thrones-themed pro-gun LARPing group, Brothers Without Gun-Banners!


And there’s simply no way NRA-ILA can win this make-or-break fight to save our guns without your help today.

You are So. Screwed.


To reach every freedom-loving gun owner in America and get them to the polls next November, we need your generous financial help right now.[link removed]

Have we tried reaching them through the power of prayer? I hear that's pretty effective.


To combat the vicious anti-gun lies being spread by the gun-hating media, we need your immediate help today.[link removed]

Why didn't I think of this in junior high--combating the lies and vicious gossip the popular kids spread about me by demanding everybody hand over their lunch money! That whole "queer bait" incident alone could have paid for an Intellivision!

And to build, organize, and mobilize the biggest grassroots army we’ve ever mustered in key battleground states, we need your leadership now more than ever before.[link removed]

All right, Jason, you've talked me into it! Once you've mobilized our army in the battlegrounds, I'll exercise my leadership by giving them the same orders Robert E. Lee gave his troops at Gettysburg. (I'm not exactly sure what those were, but I assume he won; there's statues of the guy all over the damn place.)


This is an all-hands-on-deck moment for NRA-ILA supporters like you and me.

Scott, you and I need to recognize right here and now that the Second Amendment is going to be the number one issue in this election. Not health care. Not immigration. Not the economy.

At least if the NRA Institute for Legislative Action has anything to say about. Too bad for the future of the Second Amendment that I blew my last 28 bucks on a pallet of Otter Pops at Costco.


If we win this election, we keep our guns. If we lose, we lose our freedoms – FOREVER. That’s why I need you fighting by my side right now.

Well I'm not gonna stay by your side FOREVER if you don't scootch over. My leg's going to sleep.


There’s simply never been a more important time for you to step up and help save the freedoms that generations of Americans have fought to defend.

That's what you say every election, every email, every time. Does the importance of the time just keep increasing exponentially? Or did we reach Peak Important Time somewhere back in the 90s, and now we're just struggling to maintain our relevance or even simply justify our existence like Yakov Smirnoff?

Thank you in advance for your strong NRA-ILA leadership. I’m grateful for your commitment. And I’m thankful beyond words to have you on our team.
Yours in Freedom, 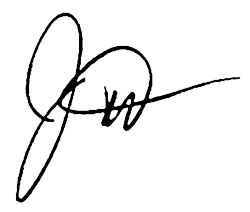 Email ThisBlogThis!Share to TwitterShare to FacebookShare to Pinterest
Labels: click bait and tackle, How Are You Fixed For Snake Oil?

In short, the most precious freedom in our Constitution.....

I think they need to reread the Federalist, or something.....

Thanks Scott. I love to see them grovel. When NRA first started their loud rants supporting assault rifles, my Dad lost it!(back in the 80's or 90's?) My Dad was a life long hunter, who grew up in a rural small town in Iowa. He hunted when he was a kid. First rifle at age 10 (one from the 1870's)used to help put food on the table during the depression. He hated someone hunting to 'get a good trophy'. He had been a member of the NRA for years (when they still were advocating gun safety and holding gun safety classes); but when they came out in support of assault rifles Dad wrote a nasty letter to them and mailed it along with his torn into bits membership card. The idea of saying it could be used as a hunting rifle had my Dad shaking his head, there would be nothing left to eat. He told them all they are good for is killing...people. Dad's been dead for 7 1/2 years now, so for him I would say Fuck your NRA.

Much appreciated, Joan. And you know, I'd be proud to have those closing words as an epitaph.

Probably because they lost the russian laundering link.