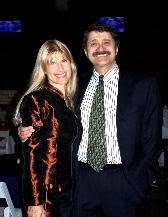 Scott recently introduced us to Dr. Diane Medved, the mental health professional who apparently taught Robin of Berkeley everything she knows about compassion.

Anyway, over at Dr. Diane's blog, she expressed dismay at the reception her column received.

When I posted my surprise at the number of homeless with tarp-covered mounds of stuff in Waikiki parks, many lying on the sidewalks of touristy Kalakaua Avenue, I got some nasty comments about how heartless I am. I don't want to abandon these people--I want charities or, failing that, even government to help them.


As long as Dr. Diane doesn't have to help them, because they are dirty and some of them are smelly and gross! But hey, she wants them helped because she's concerned - concerned about the loss of revenue their presence may cost the local merchants.

And anyway, we must think of the children. Think of the wealthy, high-heeled teen-aged daughters who must step over the bodies of the homeless on their way to Prada. Shouldn't we save our compassion for them?

I think the ire comes from my underlying assumption that living on the streets is unacceptable. Should the desires of a few (often) mentally ill or substance-addicted "free spirits" trump the needs of the vast majority to walk on streets unmolested, without insecurity about safety? How comfortable are you about your teen daughter, say, walking down a street at night--one lined with fine stores at that--with less-than-clean people approaching her for money, or lying in her path?


Ewww, that poor girl might get dirt on her shoes as she steps on the filthy mentally ill people! A charity should do something for her!

Should she be the one to give way for the homeless, or should keepers of public safety step in to insist the out-of-the-boxers find more suitable sleeping space?


Yes, gentle readers, should this teen-aged girl be forced to walk around these "people", or should they just be bull-dozed out of the way? YOU make the call.
Posted by s.z. at 7:38 PM

Email ThisBlogThis!Share to TwitterShare to FacebookShare to Pinterest
Labels: Respect Your Betters, Who Shrinks the Head-Shrinkers

Wait, she thinks we're appalled because we think she wants to put homeless people in places where they have roofs? She thinks we're pushing for a RIGHT TO BE HOMELESS? I mean, sort of, in that I think FINING people who can't afford a home for sleeping in a fucking park is wrong, but I'm not actually upset that she wants to get, what, urban recreational campers, off the streets. I'm upset because she seems to find the homeless a problem SOMEONE WHO IS NOT HER should be taking care of, and she clearly does not care how. I'm upset because her actual objection to the homeless appeared to be entirely aesthetic.

*I* want reasonable laws about employment and rent and land use and health care and mental health care so that fewer people find themselves without a home. I want people to pay reasonable taxes so that we can come up with an actual safety net to help people who are homeless find the help they need to get a place to live. Failing that, I will settle for charity, but even that's failing, by the obvious evidence that there are still homeless. Let's fucking DO something to help these people. I think she'd be surprised at how few homeless people actually WANT to be homeless.

Diane: They're not camping. They want homes. Charity is not working. Destroying the ability of government to help is not helping. The free market is clearly not helping, though I expect BOA to soon start demanding tax deductions for their highly philanthropic efforts to give the homeless subprime mortgages.

The only people who can help are the government. They are the only people who have helped in the past. If charities need incentives to start helping the homeless rather than the opera (and don't get me wrong, I love opera), then the government is in a position to offer those if they are only allowed to by reasonable taxes and regulations. Because, quite clearly, no one else will.

In the meantime, any poor fucker who is stuck on the streets in the middle of winter and wants ten bucks to get drunk off their ass to numb the pain of a tooth that needed a root canal four years ago when they lost their job and insurance, I got ten bucks for that, and I consider that a highly practical use of it. Ten bucks isn't getting them off the street. It is maybe making life bearable for a few hours. If that's what you can do for them, you do it.

I say this because she is EXACTLY the kind of person, based on what she wrote, who refuses her change because "they'll just go buy booze". How do I know this? Because she had just enough conscience to feel slightly guilty about having to step over these people to get to her designer shops. She needs excuses to do nothing. And if those excuses don't help, she wants them to go away so she doesn't have to think about them.

I say again: What a horrible, horrible person.

Wow.
Did she actually think that was a defense of her previous column? Because it only served to make her seem like an even bigger asshole.
I didn't think I could actually feel sorry for Michael Medved but...THIS is a person who he decided was the one person he could spend the rest of his life with? Who did he pass on in favor of her?

I think she'd be surprised at how few homeless people actually WANT to be homeless.

It doesn't even occur to her that maybe the urban campers choose the tonier parts of town because it's safer for them, what with police generally being more concerned about what goes on there, and because panhandling from other poor people is probably a poor business plan.

And notice the worst threat to her hypothetical teenage daughter - the unwashed might ask her for money!

If we hosed them off first, perhaps we could use the homeless to make a soft, cushiony sidewalk so the little dears wouldn't be further inconvenienced.
That way they could still fulfill their lifelong dreams of living outdoors while everyone else could feel safe.
And, hey, they'd be contributing to society.
Win-win, as they say.

Yes, rich shopping areas are so comfortable and aesthetically pleasing! Lots of benches for rich people to rest on after an hour's browsing at "Coach", umbrellas and awnings to keep the weather away, and everything clean and shiny. I bet the dumpsters behind the elegant Bistros have yummy garbage, since rich women only eat a few bites of each meal- gotta keep that expensively liposuctioned and lifted body slim & trim! You can see why a homeless person would want to hang out there.

But rich people are not generous to beggars. Most homeless would do better asking for spare change at Walmart or the Dollar Store. Sad, but true.

round guy said...
"That way they could still fulfill their lifelong dreams of living outdoors"

Thanks for the laugh. I was feeling pretty disgusted by Dr. Diane, and that little joke completely changed my mood. Thanks again.

My guess is that Diane Medved would go with that thing George Bernard Shaw said about people who feel that "Poverty isn't a crime......but it ought to be."

After all, we know that the majestic thing about the law is that it "gives the rich and the poor the equal right to sleep under bridges."

Are there no prisons? Are there no workhouses? Must the upscale have their senses offended by he wretched refuse of the earth?

"How comfortable are you about your teen daughter, say, walking down a street at night--one lined with fine stores at that--with less-than-clean people approaching her for money, or lying in her path?"

Evidently, she'd be fine with the homeless sitting outside the Dollar Tree or the 7-11, because surely her teen daughter wouldn't be caught dead in such a déclassé locale.