The Happy Birthday Report with MaryC!

Dateline: Hollywood!
Why: Someone's Birthday!
Who: Scott!!
How: Well, when a man loves a woman very much...

In honor of one of the  kindest, bravest, warmest, most wonderful human beings I've ever known in my life, I present this special Birthday Blog Edition.... 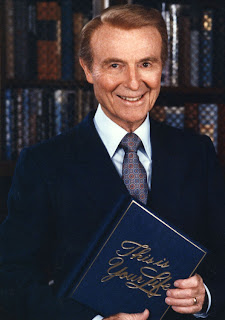 This is Your (Well, part of your) Life!

Scott, you've lived a very exciting and thrill packed life on the internets, and we've collected some of your most cherished memories and greatest feats together to celebrate your Birthday!

Do you remember THESE words? 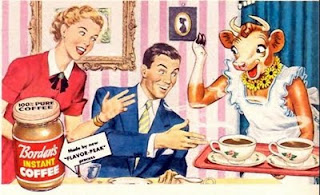 There are millions of other blogs out there, clamoring for your attention.  Why read mine? Here's why: because my blog is going to be about things we can all relate to.  You know, cheesy movies, annoying politicans, weird advertising, Ann Coulter.  And MORE!

Yes, it's the very first post of your good friend, founder of World O'Crap, eventual co-blogger, co-author, and Supermodel/Astronaut/Spy, SZ!

In those days, you were a beloved and enthusiastic commenter, but one day, the fates smiled upon you, and SZ asked  you, "Scott, with your snark the most, won't you write a guest post?" And changed your life forever!

The recent debate over Alabama Supreme Court Chief Justice Roy Moore’s monument to the Ten Commandments has exposed and to some degree exacerbated the tensions that exist between mainstream and fundamentalist Christianity. At the same time, however, the 5,300 pound cause celebre has also served to unite several previously hostile religious movements.

"Initially, church elders declined to take a position on this controversy," said Ronald Zietlow, Chief Mameluke of the Igneous Brotherhood. "We mistakenly believed that Chief Justice Moore and his followers worshipped an omniscient, omnipresent, but non-corporeal diety, and that the granite monument was merely symbolic.

But that was just the beginning of a long, loyal partership between you and SZ. Remember the second post you contributed?? 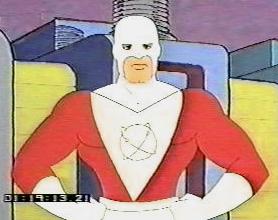 In the long annals of celebrity-on-celebrity litigation, from Vampira vs. Elvira to O’Reilly vs. Franken, to Haagen Daz vs. Frusen Gladje, there may be nothing to compare with the brute star power of the lawsuit filed this morning in New York.  Super President vs. Bush Administration, et al pits two of the most powerful combatants ever to meet in Federal Court: James Norcross, Former United States President and retired superhero, and George W. Bush, current chief executive and jumpsuit model.  The trigger for the suit was last night’s broadcast of the Showtime telefilm DC 9/11: A Time of Crisis.

"He’s stealing my positions," complained Norcross as he conducted several reporters on a tour of his Presidential Library. "Flying around the country fighting evil, dressing up in a costume, changing his molecular structure to granite or ozone—those are all issues associated with my administration."

The former President concedes that many young people may not remember his brief tenure in the White House, which lasted from 1967 to 1968, nor the widely beloved Super President Theme Song. with which he opened each press conference.

In your partnership with SZ, you managed to put NeoCons and RightWingers (who were really WrongWingers) in their respective places, all with the most hilarious and gentle of snarkiness.  And thus, the juggernaut of World O' Crap was launched, full speed ahead.

You set up a domain name and a home on the internets, continuing the tradition of gently putting certain people in their place, documenting the many animal rescues which SZ accomplished, and despite all of that, you and SZ still managed to co-author one of the most, "Hilarious. A must for bad movie lovers and MST3k Fans" books, a book which is "simply above the rest and constantly astonishes with tangents that pay off one after another in funnier and funnier ways",  Better Living Through Bad Movies (which is still available through Amazon and other fine purveyors of...fineness).

Of course, your online life hasn't been without its trials.  Remember the War on Christmas posts, which brought out the crazy in the Marley Brothers? Or that time we got hacked and never recovered? Of course you do. But did you let that stop you from bringing the snark? Nope! You picked yourself up, dusted your keyboard off, and started all over again on blogspot, going so far as to copy and paste original posts from SZ's salon blog and the virtually hosted blog.

You don't give up the snark, and you don't give in to the enemy. And that's what makes you extraordinary. And that, Scott is....Your Life (Online. So far.)!

Happy Birthday, Man 'O Mine. And now, my birthday gifts to you:

First up: I will not be making THESE cakes for your birthday:

And instead of hunky, naked, Nathan Fillion, I will give you THESE:

Scott, you aren't getting older, just better. And I'll always appreciate your giving my web log a shout out on a Blog Amnesty Day some yrs. ago!

Try to avoid maturity though. That's a dead-end street.

Plus, this yr. your big day falls on a Sat., so you can party 'til the cows come home. (They must be boogieing on down too.) Carry on 'til it's nap time, kids!

Happy Birthday Scott! As always, thanks for all the crap [laughing], and may there be many more years of both you and it. I saw Ivan's kind shoutout over at his place, and jeez, how sad to have to share the day with Matt Drudge. On the plus side, John Cleese!

Oh, Scott, those great pin-ups and the encomium of your very own SO are already making this day very, very special, but even so accept this shout of "Hhhhapppppyybirrrthhhhhdaaayyyyyy.....!!!!" ululating from the depths of the swirling, roaring, blinding hurricane....

OK, so Sandy's not here yet. So use your imagination, of which you got lots. If I waited to ululate thru the actual winds, your birthday would have a 3 days' stubble like a macho movie star.

Quick before the storm of the century or whatever hits and all the power lines go down, here's to you, Scott!

Happy, happy birthday. And many more. :)

Seriously...have a great birthday, and may the folks who keep this world a-turnin' let you live as long as Nanette Fabray (who's 92 today!). As Snagglepuss would say: "Longer, even!"

Hope that present didn't come wrapped with too many bows and ribbons.

Squeal ! Scott's birthday !
How exciting ! I'm in Airhead Mode just for you !
Happy, happy birthday, dear Scott !!
May you have many more happy days and lots of prezzies!
Thanks for all the joy you're bringing ! (ABBA quote because, I mean, like, who else amirite?)!!
Hugs.
XOXO !!
Suezboo

Whew! I am always apprehensive when scrolling down the birthday columns but it certainly seems that the Ann Coulter pics are passe (and really? What kind of birthday wish is she anyway!?) So happy birthday Scott and may any of your birthday nightmares be a result of too much sugar cuz Ann ain't!
Gappy

I'm too damn lazy to find my Google Password, so I'm mysterious and Anonymous!
I know I offered my Birthday Wishes on FacePlant, but wanted to add more of them here. Happy, Happy Day, Scott and many wonderful, healthy years full of feline shenanigans and Bad Movies.
And, Mary? Your Birthday Tribute was truly (*sniffs, tears a little*) touching. Beautifully done.

Happy B'day from the path of the "Frankenstorm"

Whew! Sorry I'm late to the posting party, but I spent the whole weekend in debauchery (the good kind!) in your honor!

Happy Birthday, Scott! Now, about that colonoscopy appointment Mary made for you...

Hope twas a most fabulous occasion!

Happy birthday Scott! I hope it was great!

I saw Super President on TV long ago. It was a cartoon in which the President of the United States solved all of our nation's problems by flying over and beating up the leaders of other countries.

It was so preposterous (and yet, in a way, so prescient,) that, over time, I had begun to wonder if I hadn't just hallucinated the whole thing. Thanks for letting me know I'm still sane.

Three days late! And yet right on time.

Happy next Birthday in advance!

As is typical for me, I am several days late and many, many dollars short, but if I were Superman I'd fly counter to the Earth's orbit so I could, in a timely fashion, wish Scott a profoundly groovy birthday!

And as always, three days late and eighty billion dollars short, but Happy-Happy Joy-Joy nonetheless, oh bearded one. And mrrrrowwww to the birfday pin-ups, Mary! I always knew that you had stellar taste. Though that 2nd b&w picture looks eerily like Joan Crawford trying to impersonate a woman... {{{{shudder!!!!}}}}

All my love, all my gratitude, and the last shreds of my far-too-petite patience, I send to you, Scott, one of the bestest friends that I have ever had the privilege to make in the whole long damned history of teh innernets toobs. Excuse me while I go next door to club the neighbors to sleep... MagLite & Tater's tee-ball bat (aluminum, of course) in hand...

P.S.: As the Official Thread-Killer, I also feel it is my incumbent duty to point out the veritable and palpable all-out fucking CREEPINESS of the Google AdSense spot directly under this beautiful and utterly pagan post reads, "JESUS CHRIST IS LORD! Christian & Single?"

One of these days, Google has GOT to fucking tell us their motherfucking search-parameter-led/content-affiliation-ad-generation logarithms to explain THAT ad showing-up on THIS blog. Seriously. Halloween is about skeery shit, but not THAT fucking skeery!!!

Scott, you old fart! Happy birthday! May they all be as luscious as the lovely Julie London...I mean, Mary C.

Carl, old fart, I'm reminded that in a recent Straight Dope column in answer to the question How does the Queen answer the phone?, Cecil Adams informs us that:

King George V, Elizabeth II’s grandfather, and his younger sister Princess Victoria often spoke by telephone. She once began the conversation with “Hello, you old fool,” only to be interrupted by the operator: “Beg pardon, Your Royal Highness; His Majesty is not yet on the line.”