The Masque of the Orange Death 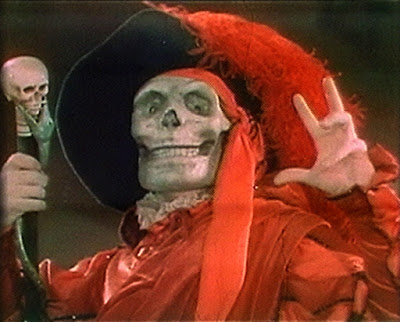 Watching Trump's handling of the COVID-19 pandemic, it struck me as the most tone deaf, myopic public health policy since Prince Prospero locked himself and a thousand of his richest friends in his abbey and tried to party through the plague. But then I remembered our own Henry Tifft Gage, and his "Business First! Bodies Second!" approach to the San Francisco plague of 1900.

Henry T. Gage was a lawyer from East Saginaw, Michigan who followed the advice of Horace Greeley and went west to seek his fortune. He managed to marry the heir to a minor Spanish Land Grant family, and parlayed her real estate holdings into a single term as California Governor. 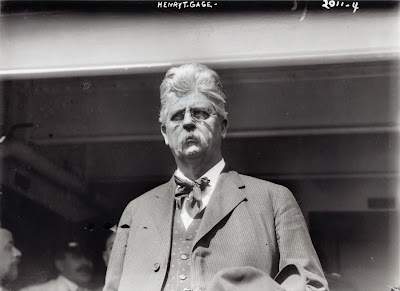 Gage served from 1899 to 1903, and is chiefly remembered for his resemblance to Hal Holbrook as Mark Twain, and for his tireless efforts to hush up an outbreak of bubonic plague, fearing the news would be bad for business. And Henry was big on big business; if he'd still held the governorship in 1906, I imagine you would have found him in the smoldering ruins of San Francisco, bitterly denouncing the Fake News and their irresponsible rumors of rubble.

But why would someone in a position of public trust basically commit negligent homicide, especially when there were multiple better options (Gage spent the last half of his term beating the Federal government off with a stick to prevent their assistance). Well, Gage was a Republican, and like others of his kind he paid greater obeisance to his constituents in the boardroom rather than the boarding house. But he was also a pioneer, and faced with a deadly public health crisis, he whipped up an avant garde parfait of science denialism, sociopathy, and personal pettiness which anticipated the Trump Administration by well over a century.

Gage began his political career as a corporate lawyer for the railroads, which basically owned California government at the end of the 19th Century, and proved himself just the kind of grasping, ambitious, morally gray lickspittle the likes of which Cornelius Vanderbilt, Collis P. Huntington, and E.H. Harriman doted on. In 1898 the Southern Pacific Railroad engineered his selection as the Republican gubernatorial nominee, but even with the backing of the railroad barons he only managed to squeak out a narrow victory against his opponent, San Francisco's Congressional representative.

He began his inaugural address by slavering over the spoils of the Spanish-American War, rhapsodizing, "The peaceful acquisition of the Hawaiian Islands, extending our empire beyond our Pacific shore, should be followed as a political necessity by the annexation of the Philippines. The center of commerce must move westward." Which wasn't great for the Hawaiians, and wouldn't have been fabulous for the Filipinos either, but it would certainly have proven a windfall for the railroads, a fact which the press noticed. One newspaper published an editorial cartoon depicting a railroad tycoon leading the new governor around on a leash, and Gage responded by "ramrodd[ing] a censorship bill thru the Legislature, restricting the press whenever editorial content involved politics or politicians." Again, c'est très Trumpy!

Gage demanded the formation of a "western merchant marine for the carriage of our imports and exports, and luring to our markets the nations of the world." Unfortunately, that year one such ship arrived in San Francisco with a cargo of imports that included "rats carrying the Third Pandemic of the bubonic plague."

The disease quickly gained a foothold in Chinatown, and Gage, realizing this could be bad for his patrons' bottom line, snapped into action by denying there was any plague at all, and by defaming the head of the federal Marine Hospital Service, who was in charge of quarantines.

When the U.S. Surgeon General arranged for a commission to investigate the situation, Gage immediately denounced their findings, and "denied the federal commission any use of the University of California, Berkeley's laboratories to further study the outbreak."

Sticking with his belief that "On a scale of 1 to 10, the 1st Amendment has to be the least important, right?", Gage tried to ram through another law, this time making it a crime to even report on the plague. It failed, but other laws gagging the medical community did pass, making it harder for the public to get scientifically valid information.

Republican newspapers in San Francisco backed up the governor's lies, but scandal sheets like the Sacramento Bee honestly reported on the pandemic, even as Gage begged the U.S. President to cancel the quarantine. Rebuffed, Gage took the Trumpian tack of fighting news with rumor. He accused the Federal government, especially the hated head of the Marine Hospital Service, of injecting germs into cadavers to make it look like they'd died of plague. Can a dead body develop a disease? I dunno, and Gage gagged all the doctors who could'a told me, so...

They say money can't buy happiness, and apparently it also can't be used to buy off a virus, because even though "$100,000 was allocated to a public campaign led by Gage to deny the plague's existence", the plague continued to exist. And while the plutocrats holding Gage's leash were happy to pooh-pooh the plague to the hoi polloi, they did actually want the pandemic dealt with, before it killed all their customers.

So Gage backed down in a sulfurous cloud of ill grace, and sent a gaggle of railroad lawyers to Washington to "negotiate a settlement with the Marine Hospital Service", i.e. the federal official Gage had been slandering. Why not just negotiate directly with the man, who was right there across the Bay? For the same reason Trump refuses to meet face-to-face with Nancy Pelosi: his grudge was > the lives of his constituents.

You caught that, right? "[T]he state would secretly cooperate" in stamping out the plague the governor publicly declared was a hoax. When they finally went in and decontaminated Chinatown, ground zero for the outbreak, the state denied it was an anti-plague measure and painted the massive effort as routine street maintenance.

And in a final Trumpian gesture, when the feds agreed to remove the head of Marine Hospital Service (remembering that the only thing he did wrong was be right), Gage reneged on their bargain.

"Despite the secret agreement allowing for [MHS head's] removal, Gage went back on his promise of assisting federal authorities and continued to obstruct their efforts for study and quarantine."


Ultimately, the plague--or rather, Gage's response to it--was his undoing.  Business interests appreciated the lies and censorship, but now that other states were beginning to boycott California exports--due to a runaway plague problem obvious to everyone but the governor--the bald-faced denials in the face of fact finally began to wear away at Gage's support among the monied class.

Say what you will about Henry Tifft Gage (and make it profane, I beg you), he was an incompetent and, one might argue, homicidal servant of the people. But he was also a loyal and effective servant of the railroads dating back to his earliest days as a corporate lawyer in Los Angeles, which makes what happened next all the funnier.

Because now Henry T. had a credibility gap, and the railroads had a fall guy. "At the state Republican convention that year, the Railroad Republican faction refused Gage renomination for the governorship. In his place, [they supported] former Mayor of Oakland George Pardee, a German-trained medical physician."

So after spending much of his term harassing the press, stifling the medical community, and stymying public health efforts to contain the outbreak, because the only Red Death he feared was scarlet ink in his patrons' ledgers, Gage was bumped from the ticket in favor of...a doctor. Which led--for me anyway--to a long, richly detailed, Designated Survivor-style fantasy in which our current government is decapitated by the disease, leaving the Director of the National Institute of Allergy and Infectious Diseases as the highest ranking official. 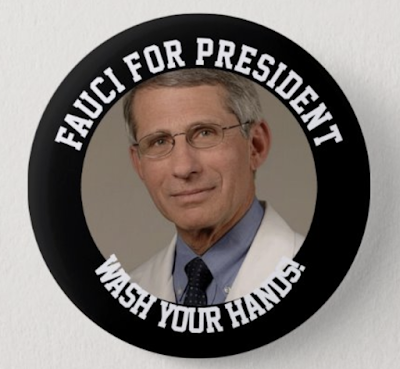 Email ThisBlogThis!Share to TwitterShare to FacebookShare to Pinterest
Labels: Exterminate the Brutes, How Are You Fixed For Snake Oil?, Hypocritic Oath, Peabody's Improbable History

Been making the Prince Prospero comparisons myself quite a bit, too, lately. Thanks for unearthing this golden oldie from the annals of malign neglect.