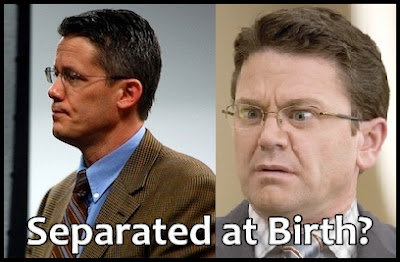 
Alphabet Soup for the Conservative Soul

It isn’t always fun being a conservative activist. There are some days I want to throw in the towel and find an easier job

This is a job for Dr. Mike?  I always assumed his writing a column for Townhall was more of an autonomic process, like peristalsis, since it produced roughly the same result.  Still, even though the anus may only work once or twice a day, you wouldn't call what it does a hobby, exactly, so I'll concede Dr. Mike's point, if he stipulates that he's less industrious than a cloaca.


It all started when I took a long road trip to try and resolve a First Amendment issue with a university attorney. That was a big mistake.

According to comment cards collected after test screenings, audiences were disappointed with Dr. Mike's road trip mainly because it didn't end in the same way as Thelma & Louise.


I not only failed to resolve the issue but had to sit and endure personal insults from someone bent on defending the indefensible, simply because he knows the burden of losing the case will be shouldered by the taxpayers.

I agree, this sounds like an needless exercise in muscle-flexing, because while Dr. Mike's job as a conservative activist requires him to fling personal insults like a catapult loaded with road apples, he's always careful to make sure that the person he's insulting is A) not in the room with him, or B) doesn't actually exist.


University officials are like that. They do stupid things because they are shielded from the consequences of their stupidity.

He's right.  They hired Dr. Mike, allow him to teach classes, even gave him tenure, and yet somehow, the Hague has still not been notified.


To make matters worse, I started itching unbearably during my “discussion” with the statist employee – Oops! I meant the “state” employee.

Dr. Mike takes his "job" seriously, and is always looking for additional ways to monetize his column.  Witness the fruits of his lucrative product placement deal with Cruex. 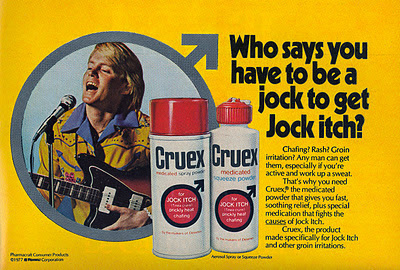 From Dr. Mike's official bio:  "Playing music in bars and at fraternity parties and weddings financed his education."  And his ointment.


I wasn’t sure what that was all about until I got home and changed clothes – only to discover I was covered with rashes. I had gotten into poison ivy again. Just another reason I should have joined the Boy Scouts instead of picking up that third sport in grammar school.

I don't know what's more horrifying here -- that the decorative plants in the university attorney's office  included poison ivy, or that Dr. Mike insisted on attending the interview in the nude.


So, instead of going to bed at a decent hour, I was headed to the Medac to beg for a steroid shot. Steroids have never made me huge.

That's what she said.


I knew it was going to be a sleepless, itchy night. I was completely miserable and dejected about the future of our constitutional republic, too.

This is reminiscent of the last, difficult night of King George V, whose final words were reported to be: 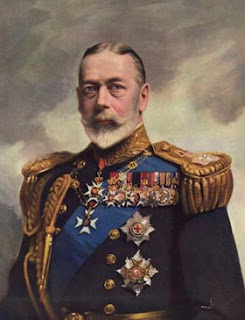 "How stands the Empire?  And if you wouldn't mind, scratch my balls...there's a good lad."


So I decided to take some advice I had given my readers a few years before. Living in accordance with your own teachings is a good way to avoid being called a hypocrite by liberals who can’t be hypocrites because they don’t believe in anything.

For some reason this puts me in mind of the MST3K episode Master Ninja II, when a puffy, hungover-looking David McCallum (as the World's Greatest Terrorist, "Castillo,") is scolded by blonde, up-and-coming young terrorist Serena ("of the Groovy Ghoulies!") for his lackluster devotion to The Cause:

DAVID:  (Disdainfully)  I no longer believe in causes.

I, on the other hand, went to a parochial school in California run by the vestal nuns of the Mithraic mystery cult, and while it had a reputation for academic excellence and a strong lacrosse team, vowels were taught only on a "need to know" basis.


A: I thank God I was born in America where I have the right to criticize public officials who can only insult me because they can’t send me to summer camp in Siberia during the middle of the winter.

This remark is taken from the syllabus of Dr. Mike's class on "The Comic Paradox: What It Would Sound Like if Oscar Wilde Had Gone to School in Texas."


B: I thank God for Glenn Beck who flew me to New York City to let me criticize hippies who broadcast anti-corporate musings on their I-pads. Oops, sorry, they had I-pad 2s. That’s the cool thing about America, though. Stupid people also have a right to speak.

And to free air fare, apparently.


C: Back in the 1990s, Coral Ridge Ministries used to broadcast anti-ACLU sermons by Dr. James Kennedy. When I was an atheist, I used to watch Dr. Kennedy on TV – swearing and shouting at the TV screen every Sunday morning.


It's disturbing to learn that before Dr. Mike's religious conversion, he was an obnoxious, self-centered loudmouth with a compulsive need to impose his witless, spittle-flecked opinions on inanimate objects and anyone unlucky enough to be within earshot.  I guess I owe Christ an apology.


Dr. Kennedy later helped found the Alliance Defense Fund (ADF). After I converted to the right side, literally and figuratively speaking, my employer tried to strip my weekly opinion column of First Amendment protection.

Or at least declined to recognize articles such as:  Steers Queers and Social Engineers, Texas Gay&M University, Queer Theories and Theologies, The Pink Berets, Get Back in the Closet, The Gaystapo, Fat Lesbians on Crack, A Queer and Present Danger and Five Great Cigars and Why I Smoke Them as academic research in the field of criminology.


Every now and then we must also catch ourselves and make sure we recognize our blessings instead of mistakenly labeling them as curses. No man can win a culture war all by himself. But that is actually good news. It also reminds us that no man is strong enough to subvert God’s will for another man’s life.

If you can get enough men to join your culture war, however, you can subvert the crap out of the ladies' lives.  In the meantime, Praise the Lord and Pass the Cruex.
Posted by Scott at 11:01 PM

Email ThisBlogThis!Share to TwitterShare to FacebookShare to Pinterest
Labels: Storytime With Dr. Mike

So help me, Scott, when the laughter subsides, I'll read the post; give me a minute or two, please. Oh man, still giggling like a schoolgirl, make that three or four minutes.

No, Meanie-meanie, tickle a person said;

Ayut,[preening] me an' Andy goin' up ta Mt Pilot for some fishul binness.

Get free coffee up there.

I gotta sawbuck says you can't.

I also have a quarter that sings opera, a twenty that can recite the Gettysburg address, and a wheat penny with a severe case of Tourettte's.

Uh, Barney Fife and Unknown above are me.

Ambrose Bierce took the alphabet and made an unbelievable compendium of brilliant, dark, ironic observations about language and the true meanings of the words we use in the Devil's Dictionary.

Mike Adams takes the alphabet and gives us Grover's Grievances, if Grover had irritable bowel syndrome, a religious fetish and felt under siege by what Big Bird mutters under his breath.

Evidently, those Texas schools teach that the alphabet goes "A, B, C, D, S, T, Z", as those are the only letters he came up with things to than God for. And S and T are both guitars.

Maybe we can help Dr Mike out with the rest of his list? I'll start:

"E: Where would I be without Erections? The one I get every morning from contemplating a pyre of burning hippies and lesbians on the Quad is what pushes me out of bed."

And S and T are both guitars

...made in Fullerton, California. You're welcome, shitkicker.

I'm tempted to ask him for the serial numbers, just to see how big a lie he'll tell. Yep, Fender maintains a database of all stratocasters and telecasters sold, and Adams seems like the kind of jerk who'd buy a knockoff and pretend it was vintage.

Brian's right, we really should rally round and help Dr. Mike fill in the letters he didn't have time to learn due to his music career.

"L is for Lockers, in which I got stuffed.
L is also for Ladies, who have scary muffs..."

John Michael Higgens? Isn't typecast as men that are gay, but don't seem to realize it? (He's currently starring on a sitcom where he plays a guy who comes out to his wife after twenty years of marriage.)

Isn't HE typecast...
Damn missing pronouns screwing up my sentences.

Dr. Mike shoulda started out with "A is for asshole of which I am."

Still, even though the anus may only work once or twice a day, you wouldn't call what it does a hobby, exactly, so I'll concede Dr. Mike's point, if he stipulates that he's less industrious than a cloaca.

Hey, do not diss the talented and ever-vigilant sphincter anii by comparing them to Mike Adams. The internus and externus muscle systems can distinguish and properly handle gases, liquids, and solids with high reliability and often under substantial pressure. Adams, on the other hand - well, let's just say I have an active disinterest in finding out what he uses to polish his shoes.