Bring To A Low Boyle

Hi, just hanging out on the couch wondering if I ought to swallow all the 90 little yellow Klonapin pills in the bottle, or buy a gun. Then I found this. As usual, it's a zero-sum game with these folk, namely Matthew Boyle. 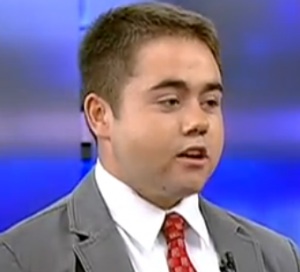 I'm enlisting in the Ukranian liquor shop one block south for more serious spirits in which to dissolve the Klonapin stash. If Andrew B. can chew the pavement, why, oh why, can't I?


The political class in Washington has degraded America. Republicans and Democrats blame each other, and nothing gets done. The media exacerbates the problem, fans the flames and encourages false notions of "civility" and "objectivity" while pushing "bipartisanship" that doesn't actually solve problems.


Matt, think "aggravate" is more appropriate, leave "exacerbate" to fools like yourselves who can't think their way out of a Lipton "Flow-Thru." Also, "fanning the flames" never works unless prevailing winds are in your favor. Always apply more fluid to the charcoal if you really want dinner sooner than later, then let the odor dissipate before grilling.


While this charade perpetuates indefinitely, America grows weaker. She’s digging herself deeper into debt and isn’t even searching for solutions to her problems. Entitlements and government overspending gets worse every day while laws go unenforced and Americans are murdered in terrorist attacks. Nobody in Washington seems to care.

No one in my neighborhood (Hell's Kitchen) has been murdered in a terrorist attack. We do have murders, but Matt, I don't think you would be interested because they are garden variety murders, committed due to financial or social despair. (If real money or real fertilizer were involved in these murders that might attract your attention.)


The institutional left thrives in this declining environment. Record numbers of people are on the government dole instead of being excited to work and succeed. So-called “social justice” is implemented in place of real justice. Kids across the country are fed “Occupy” propaganda in school after their teachers take away their home-made lunches in place of “cafeteria nuggets.”

In light of recent events, I would say they were fed "lead nuggets."

Matt, I'm so excited to "work" that I rise every morning and after fifty push-ups, one hundred jumping jacks, pull-ups, dips and finally my favorite energy suppliment -- become spiritually committed to finding gainful employment. Unfortunately I'm on that "dole" you speak of with such sub-reverence, and looking at my government-sponsored "Klonapin" right now. Those little pills would go down great with a half-pint of cheap vodka.


Many political consultants and career politicians on both the left and the right think this is a game. It’s not.


No Matt, it is not a game. It is nothing more than a grand swindle perpetrated by career kleptos.

If anything, you're the game, Matt. Like Andrew, you are not likely to taste very well -- even when tenderized in the wood-chipper and well-marinated for 24 hours.


The journalists at Breitbart News know that. And they show it day in and day out. That’s why I’m joining them.

For the past few years, I’ve worked as a reporter at The Daily Caller. It’s been the best time of my life. I learned a lot. I broke several stories. But in my time there, I’ve seen some really bad things happening to our country.

Let's have a roll-call of some of the important stories Matt has "broken" for The Daily Caller, in order of importance.

Title:  Hurricane Sandy Allows Time, Inc., Fortune magazine to delay response to Fast and Furious whistleblower's libel lawsuit
Number of Paragraphs: Three.
Dominant Intended Context: Everyone knows that the UN controls the planet's interlocking weather systems.
Most Likely Context: Collapse of electrical and telephone infrastructure due to flooding renders everything south of 34th Street on Manhattan Island useless. All federal, state and city courts are shuttered.
Quality: Poor to useless, but marginally better than the guy at the above referenced Infowars link who replaces vowels with numbers in order to throw off the NSA and confuse the Illuminati.

Title: First-ever transgender elected official resigns after felony past discovered
Number of Paragraphs: Eight.
Dominant Intended Context:  Misappropriation of a Penis is a Class B felony, making all transgenders a Menace 2 Society (suck it, NSA!). We're better off without her or the rest of 'em.
Most Likely Context: Misrepresentations when pursing public service never helps one's cause.
Quality: Tacky, Useless. High paragraph count indicates this article was lifted from the Laconia Daily Sun, as well as The Advocate.

Anyway, Matt, these are some really swell scoops you've cracked wide open. I wish you luck on your next endeavor, and future endeavors as well. Why? Because you're going to need all the luck you can muster.


Political consultants and politicians of both Democratic and Republican stripes profit off the status quo. So does the mainstream media.

Sicut in amet media, ut in fimbria (As in mainstream media, so as in fringe).
Posted by Scott at 12:01 AM

The media exacerbates the problem

Say, um, Matt? I see a problem here....aren't you, you know, the front lines of fan-flaming?

That is what is generally referred to as a "punchable face." Apologies if that makes me part of the problem.

That's Harry Potter's cousin, Dudley! I wondered where he got to.

"The journalists at Breitbart"? Is that anything like "The abstinence advocates at Hustler"?

"Andrew Breibart's War!"
Sounds like the name of a really, really bad movie. So bad Mystery Science Theater 3000 refused to watch it... or maybe they're just saving it for last?

(I figure Breibart is Dueling the Devil in Hell right about now. Hey, sounds like another bad movie.)

Time for dinner. And some Saki. Saki sounds good.

I demand his birth certificate--no way he was born before 1998. Looks and sounds like a junior high student raised on the idea that Dick Cheney is God.

Carry on, you brave soldier of things truthy!

Or "How To Fap Incorrectly"

In the past the mentally disabled were placed in "homes", basically sterile institutions, where they were locked away. Now they're given a job with a rightwing website. I'm not sure if that's progress or not...