Happy Birthday, Carl! I Got You a Twinge of Whinge

Today's the birthday of our buddy Carl (Code Name: Actor212) of Simply Left Behind, who has, for many years now, been illuminating the Wo'C comments section with the brilliant and variegated glow of pure reason.  Or possibly a Light Brite®.  Speaking of which, it's that time of year when Mary starts posting commercials for bizarre, defunct, and/or unholy toys, so let me get the ball rolling with the aforementioned device, which was apparently an early attempt to bring automation to the output of Thomas Kinkade:
(My sister and I actually had a Light Brite.  As far as audio/visual entertainment goes, it made "Pong" seem like the chase sequence from Bullitt, and I would loved to have been in the conference room at Hasbro when they pitched the concept: "It'll allow kids to experience all the fun and excitement of being an 11th Century monk laboring over an illuminated a manuscript, except instead of the Domesday Book, they'll wind up with a crude likeness of Bozo.") 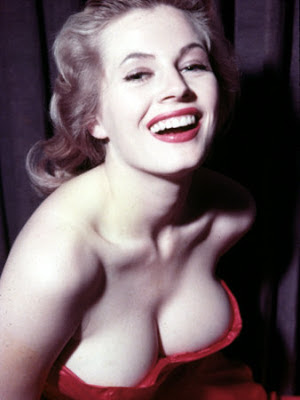 In other news, December 1st was the 57th anniversary of the day Rosa Parks sparked the Montgomery Bus Boycott by refusing to surrender her seat. The White House marked the occasion by tweeting a photo of Obama on the historic bus, taken back in April when he visited the Henry Ford Museum in Detroit.  Perhaps the Undersecretary for Tweeting thought there might be an inspirational symmetry found in an image of the first Black President sitting in the same seat from which the First Lady of Civil Rights was forcibly removed for defying Jim Crow.  But right bloggers  -- particularly Michelle Malkin -- considered the tweet more evidence of Obama's Narcissistic Personality Disorder, and were outraged that he hadn't grabbed a shovel, exhumed Rosa Parks, and propped her corpse up for a photo op.

As you probably know, Michelle Malkin seceded from Twitter and decreed the formation of her own, Mirror, Mirror universe Twitter called Twitchy.com (even the name says, "Dear God, I'm out of meth!"), permitting movement conservatives to post cat pictures and smirk about the inevitability of Mitt Romney's victory without having to endure...um...

You know, I'm not actually sure why Malkin and her followers felt the need for separate, off-brand social media, unless they believed that American On-Line's "walled city" of the early Nineties was the pluperfect approach to Internet architecture, and things only went to hell when AOL began allowing users to slip outside the Secret Garden and taste such forbidden fruits as an Acapulco H.E.A.T. fan page on GeoCities (the animated GIFs of Spencer Rochfort shaped the sexuality of an entire generation).


Narcissist in chief: President Obama honors Rosa Parks anniversary with picture of himself; Update: Adam Baldwin with the win

Three things seem apparent from the brief post that follows:

1)  Michelle Malkin believes the President writes and posts all the tweets in the White House Twitter feed himself; whereas I (admittedly a cynic) doubts he even reads them.

2)  The idea of actors expressing a political point of view is inherently risible, and they should all just stop embarrassing themselves by having opinions, unless they happen to agree with Michelle Malkin, in which case they are winning so hard they could give a critically injured Charlie Sheen a lifesaving tiger blood transfusion.

3)  Michelle can't seem to get through a single tantrum about Obama without veering into weird sexual innuendo.


"Tell me, schatze, is it twue what they say about the way you people are... gifted?"


President Obama loves to insert himself in other people’s biographies.


You know, anything this steamy really ought to have Fabio on the cover, although I personally think  "biography" is one of the worst pet names for vagina I've ever heard, and I can only hope that when Michelle herself is getting close and needs her husband to "make it happen!" she doesn't demand he talk like Peter Graves.  Anyway, for those following along at home, here's the promised BaldWIN:

(Click to embiggen.  But not, alas, to emsmarten.  Also, Note to the Dixie Chicks: fewer protest songs, more anus jokes.)

Please join me in wishing Carl a very happy birthday (I've seen his Facebook page, and he's already attracting a higher quality of sexual innuendo than the President, so he's got that goin' for him...).
Posted by Scott at 12:07 AM

(But behave yourself, or I'll de-friend you.)

What the hell am I doing here reading comments????


Many Happy Returns of the Day, Carl.

Actor has birthdays, who knew?
I thought they arose spontaneously from a cloud of ego and id.
Happy Birthday, Carl, you snarky thespian, you.
Suezboo

You know what else happened on December 4?

And who among us wouldn't, given the chance? They should film a re-enactment and show it every holidayish season.

Happy birthday, dude. I don't FB. I don't hate it or anything, I'm just really lazy.

Many happy innuendos, Carl. I'm startled that you should be one&thesame as the wild and wooly Actor212. Carl is a very sensible sort of name.

Are you sure it's not really Fabio?

I would leave the occasional comment over at your place but

A) I would have to register, and

B) even worse, someone already has my name (there's a scary thought, two Weird Daves.)

I'm speechless, but I'll leave a comment to let you know that. Ha!

Thank you all very much. My cyberlife is much more scintillating and exciting than my real life, which saw me in physical therapy for my arthritis instead of out at some bacchanalia with wine, women, and meth...

And yes, I am that 212. Not to be confused with my franchisees.

I'm convinced that somebody, somewhere, lined up a couple thousand lite-brites and attempted to faithfully recreate Seurat's Grand Jatte with 'em, point by point.

Googled but no soap. Nevertheless, can't believe that there is not a single person on this planet crazy enough to have attempted it. Really, I thought we were crazier than that.

Oh well, as usual, ya buncha slackers [rolling up sleeves], guess it's up to me. I'll let you know how it all turns out.

Mr. 212, in words of wisdom from one of my favorite movies: fuckin'-A!


Well, HELL, Carl, I e-mailed you teh happy-happy DAYS before the actual natal occasion, but ain't heard bupkis back, so I hope that your arthur-itic ol' ass was shaking to the tunes of your choice. Browser issues, STILL, not to mention ripping the ol' left knee apart a few dozen times in the process of FINALLY doing the final load-out of the damned overpriced storage unit and INTO the apartment. Yes, I'm the only person on earf who takes over two months to get moved-in. Sue me and my multiply-broken spine.

Nonetheless, I *finally* made it here to send you a far-belated happy-happy, since you don't read yer damned e-mail! And even though I never go to FB anymore, I hope to hell that you've gotten a better picture than your unclothed crotch and a long t-shirt!

Sooooo, dear Actor Boy, how old ARE you this year? Heh heh heh... yeah, I could cut you open and count the rings, but that is just TOO much work for this ragged old heifer!

I've always wondered why the kind of folks who hang Ronald Reagan's portrait on their walls and who admired George W. Bush's appearance in a flight suit find it unseemly that the head of state of a major global power allows photographers to take his picture.

A belated Happy Birthday to you! Hope it was everything a birthday should be!

Anti, I need to tell you my natal anniversary just so you can write something that great for me.

And Carl, do I really need to register?

Thanks to all you slackers.

Weird D, yea, I'm afraid so. Sorry. I wish there was a way to one-off comments but I had to change commenting software quickly when Echo/Haloscan borked, and Intense Debate seemed the most logical (e.g. free) service out there with strong spam protection.

Any time, Weird Dave, any time. I've been trying to re-populate the Birfday List ever since the last senseless computer death, and NOBODY HAS REPLIED!!! The only birfdays that I've been able to commemorate are the ones that FB e-mails me about, but that's hardly teh entirety of all of our online beloveds!

I laugh out loud, in real life, every time I see the antelopes with the night-vision goggles... "Ever thought of going VEGAN, Carl?"

I'm all about eating fish, hon.

Happy Extremely Belated Birthday Carl! Sorry Scott got you Michelle Malkin bizarre sexual innuendo for your big day; I told him to get you all the candy in the world, but he insisted he got that for you LAST year.

(waving and hopping up and down from the back of the Wo'C barroom, trying to get Stacia's attention...) Ooh!! Oooh!! Can I have the candy??? Hey, if I have to wallow in the physical and emotional cesspool of perimenopause {and all of Y'ALL lucky bastards get to be dragged, kicking and screaming, down the rutted, muddy road through hell WITH ME!}, at least let me indulge my cravings, no matter how batshit-crazy they may be...

And Carl, dear heart, you sure as hell know how to kill a punchline deader'n hell, ya know that?

Such brilliant anthropomorphized-critter parlay, such a rarity in advertising these days, and all you got is a slag line about "fish," as our bitchier queeny buds refer to vaginal territory... tsk, tsk, tsk... I'm disappointed in you, Carl, you're capable of SOOOOOO much better, even on your laziest days... Tsk, tsk, tsk... C'mon, boy, you get one more chance, but that's it --- if you can't come back with something respectably snarky/perverse, I shall be forced to turn you over to the Scientologists!!! And you DO KNOW that the first stage of inculcation is to toothpick yer eyelids open and force you to watch EVERY. SINGLE. SUCKASS. CRUISE. FLICK. *EVER.* MADE., n'est-ce pas?

Then there's the Geoffrey Lewis retrospective, leaving-out the severely-more-intelligent-orangutan bits from the Eastwood redneckia-ad-nauseum genre... maybe even a small pastiche of "I Married Dora" episodes to watch the dear girl-spawn in her fresh-from-the-booby-estuary years...

I may not be able to enforce EVERY upon-pain-of-death horrific-imagining threat that I make, m'love, but I can damned well make a few phone calls, even now, when *67 can't protect a prankster from marketing-lizard-scum. Consider thyself more-than-adequately warned, m'boy.

C'mon, put some drawers on and HOP TO IT, BOY!!! If *I* can drag my mentally-empty, excruciating-pain-wrenching, drugs-are-SO-not-working-right-this-year ass in here to work up a few good threats for you, you can damned well CATCH UP!!!

AND DEAR DARLIN' WEIRD DAVE AND ALL OTHER CRAPPERS: I *STILL* NEED HELP RE-POPULATING THE BIRFDAY LIST!!! I'VE BEEN BEGGING EVERYONE EVER SINCE THE UNTIMELY AND RIDICULOUS DEATH OF THE CCMcGoon/Jobsanger-sponsored LAST MACHINE, AND NOBODY WANTS TO SHARE THEIR BIRFDAYS WITH ME AGAIN!!!!!!

Should I shut up and take the fucking hint and forget about my only true holidays, celebrating the few rare and precious hoomins who are kind enough to allow me into their lives, or are y'all just LAZY?

C'mon, GET TO IT!!! Y'all all have my e-mail address, dammit --- or fill-up the comment threads if needs be --- tack yer birfdays onto the tails of yer comments for my edification and celebration, fer fuck's sake!

Scott, dear darling rock of patience and fortitude, could you PLEASE find the damned post and throw it up here, as it will undoubtedly make readers throw-up anyway?