Flashback: Turn Your Crank to Swank!

I was combing through the Wayback machine, slowly reconstructing our archives, when I came across a forgotten Talmudic commentary from World O' Crap Chaplain, the Very Reverend J. Grant Swank, and it occurred to me that you heathens are probably in serious need of some spiritual counseling. So be seated, and open your hymnals... 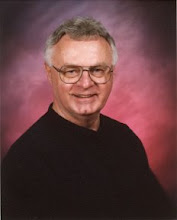 As Jesus Christ gave Himself every minute to the Father agenda, so Jesus died out to His own zeal.. He was human, as we are human; therefore, He was tempted in all areas like as we. But He did not sin. He did not yield to the allurements of self-governance.

Jesus made certain that at every turn — especially when applauded by the masses for miracle producing — that He did not permit Himself to be fooled. He refused the forbidden fruit. He would not bite into that which was hanging on the forever tree in the center of the world’s garden.

I remember when my folks were landscaping the yard, my mom wanted to to plant forever trees in the front garden, but fortunately my dad convinced her to go with the Chinese maple and the weeping spruce.

Jesus allowed His very being to be baptized into a sanctified plot outside Himself. He would know nothing until it was revealed to Him.

Jesus was a big believer in spoiler alerts.

This same Jesus has become our Model.

And his swimsuit calender is selling extremely well.

He invites us to be baptized into the death to our own zeal.

Um, gee, I’d love to accept, but we've got this progressive dinner that night...

How many within the courts of religion are overcome with their own zeal? Their energy drives are at fever pitch daily. For what? For the praises. They even hunger for audience approval in the name of Jesus Christ. They have become accustomed, even addicted, to this explosive feeling of ego achievement.

Let me just say, Pastor, how very glad I am that you’re taking the time to expose these attention whores in one of your five daily columns posted on eight to ten different web sites.

The purpose of the cross is to teach this lesson of zeal submission.

Unfortunately, the WWE has ruled “zeal submission” an illegal hold.

Consequently, spiritual leadership must scour their motives to make certain that death to personal drive is real, that they have been baptized truly into the death of Christ in order to know His holiness in life.

God has already proven Himself two thousand years ago. Death was followed with life. Jesus was there to reveal it. Disciples saw and handled it.

Some people freaked, but the disciples, they were totally chill.

I don’t meant to be critical, but the guy spends three days in a tomb, nothing to do but rehearse, and he still forgets his line?

We then have hope. It is the believing that makes the glory possible. Faith is power in that it propels component into component according to heaven’s scheduling.

But reserve your components early, because heaven’s always overbooked for the Labor Day Weekend.

Yet we want to mix things up so as to be wiser than heaven. We have a plan and it should be thus and that.

Well I think it should be this and those, and I’m willing to schism over it!

We also have a calendar on which to pin the plan. Therefore, we bring this blueprint to heaven for heaven’s smile. We even beg for heaven’s approval. Sometimes we ask other believers to engage their intercessions with yours in order to convince heaven by our amassing numbers.

In other words, you've been cooking the books, and just praying that God doesn't send down the archaccountant Gabriel to audit you.

All this is “of the flesh.”

Our special tonight is Zeal Veal.

Indeed, the gracious God is kind in permitting certain glimmers of life even in the baptism to death. Jesus saw the life even while dying.. He saw the life come into the repentant thief’s eyes, then his soul. That was encouraging to Jesus even while tied to the tree.

Wait. I thought he was nailed to a cross…?

Jesus saw the tearful allegiance of mother Mary, crumpled at the cross’ hole in the earth. As Jesus, Son, looked on at mother’s woe, yet mother not leaving her Son to desertion, Jesus was consoled even while in the last agonies of Golgotha.

Lucky him. My mother would have gotten bored after half an hour and gone home to drink Riunite and watch The Dinah Shore Show.

Jesus saw the Roman soldier begin to move away from a callused empire-loyal heart toward recognition that the hanging One might be the long-awaited Messiah.

Yeah, but the Roman soldier thought the same thing about the dangling cat in that "Hang in There, Baby" poster.

There is the newness of life budding even now in your distress. See it. It is there. Then it vanishes.

Newness of life is clearly fucking with you.

At least in this brief time frame, there is more for you to learn from the awful cross cut into your soul’s shoulder.

So, my soul is into self-harm. That's a relief, I thought it was bursitis.

Nevertheless, the newness is birthed where you are now. It will come into full life in heaven’s calendar.

It is true just as it was true in the biography of Jesus Christ.

I’ve got to stop watching A&E. It’s starting to make no sense whatsoever.
Posted by Scott at 12:54 AM

Swank deserved one of these.
~

Bursitis of the soul is priceless. Everybody please be sure to do a good warm-down after a match of spiritual tennis.

As Jesus Christ gave Himself every minute to the Father agenda

A beer, the game and STFU, kid.

Their energy drives are at fever pitch daily.

But that's ok, because when they're recharging their energy drives at night, you can sneak up on them and knock them over the head.

You know, what with the good Pastor warning us about the imminent takeover of Christianity by androids almost six years ago I'm beginning to think that Murray chap out in Oklahoma may actually be on to something ...

I've missed Pastor Swank so much!!

Is he not writing (I feel like I should put "writing" in scare quotes) any more, Scott?

Jim, he hasn't posted in three years, and his website has been taken over by linkagers.

I was just having this discussion with Bill S. yesterday, and I don't have any definitive answers, but the Pastor seems to have retired -- at least from the Raging About B. Hussein business.

And here I thought the consensus was they finally got his dosage right...

Well, he left behind a body of work that is , I feel confident in saying, not like anyone else's. This particular post of his sounds like he was in some sort of exalted state for at least part of it. It reminds me of a little burble by Gertrude Stein I came across a couple of days ago. Just word-lavishing without much concern for logical sense. If he hadn't been a God-botherer he might have been a poet, of sorts.

I don’t meant to be critical, but the guy spends three days in a tomb, nothing to do but rehearse, and he still forgets his line?

hey, cut him some slack, most zombies can barely manage to say "brainzzzzz" ;}