For I Was Thirsty, And Ye Sold Me a Mug

Well, I'm still not quite up to slumming around the Information Superhighway, but I'm also not about to look a gift horse in the ass, so let's check out some of the masterfully counterintuitive sales spiels from the Bring Back Bush! nostalgia industry: 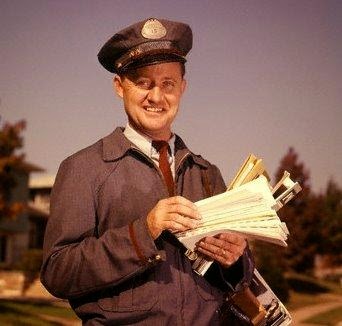 You remember Sara Armstrong, the RNC Chief Operating Officer who was Laura Bush's Special Assistant Undersecretary for Thank You Cards, and Senior Wine Cooler Uncapper? Well, she's been in a funk ever since the morning of January 20th, 2009, when, for the final time, she broke open a 24-bottle Variety Pack of Seagram's Escapes and handed the First Lady her last official Jamaican Me Happy. Ever since, Sara has been coping with a life bereft of creamy cardstock and fortified Sangria by trying to sell me theme mugs and Beefy-Ts.

Interesting use of the plural. I guess in Sara's view, President Obama barely qualifies as a leader, while George W. Bush was so much of a leader he was legion, he was a leaders -- a composite president formed by having Dick Cheney shove his hand up Bush's ass and work the jaw (Administration insiders recall the process being very similar to the way Lion Force combined to form Voltron, except it involved more Astro-Glide and squealing.)


While working in the Bush administration, I saw how much President Bush valued honesty and transparency.

I thought I could live without the "I Miss W." mug until I got to the end of that sentence and realized how badly I needed to do a spit-take.

But it's not only the little people who pine for a man some consider arguably the nation's worst president, certain that if given another chance he would come back and remove all doubt. It's also the major players (and major playahs) like sex machine Ari Fleischer:

It seems like yesterday I was standing next to President George W. Bush while he made critical decisions for the future of our country.

It is times like this when the character, courage and commitment of an individual are tested.

"And I'm proud to say that never once, as I watched President Bush struggle with critical thinking skills, did I give in to the urge to bust out laughing. I passed the test. I will diminish, and go into the West, and remain Aridriel."

And it is times like this when President Bush especially shined as a leader — and a person.

But he particularly shined as a leaders (the combination of Bush's flop-sweat and Cheney's greasy T-Zone produced an unusually high albedo).


I really do miss W.

Well then why don't you call him instead of trying to sell me crockery?  It's like having that chick from Fifty Shades of Grey suddenly start mooning about zip-ties and spanking in the middle of her Amway pitch.

Now you have an opportunity to get a cool, convenient American-made mug and make a statement:

I suppose you could debate whether the mug is "cool," but to stretch the concept of irony that far, I think you'd really have to combine "air quotes" with the old "a fish this big" gesture. However, I don't consider a mug "convenient" unless it's right beside my coffee maker, which this one is clearly not, and never will be, so I have to consider that a fatal design flaw. Also, I was confused by the slogan, "SALUTE to a GREAT ONE," until I ran it through Google Translate and discovered that in English it means, "I Guess I Like Bush Okay, But I Really Miss Jackie Gleason."

I just got mine in the mail, and I must say, it’s a great way to start your day.

Assuming you've filled it with a Bloody Mary.

Maybe it's just me, but as a connoisseur of corporate euphemisms, the Growth and Opportunity Project sounds kind of like an industry trade group for a particularly aggressive form of cancer.

P.S. Reince says these mugs are flying off the shelves (and I’m not surprised). Don’t wait to get yours.

Seems redundant, Ari, since if I owned one it'd be flying off the shelf too.

Scott,
President George W. Bush was committed to protecting our freedom, promoting peace throughout the world, and advancing the ideals and principles that make America so great.

I was also committed to some pretty big goals, before I retired to paint nude self-portraits, and like Bush my efforts not only failed to bring me closer to achieving them, they actually set me back farther then I would have been if I'd done absolutely nothing. So I'm relieved to learn that commitment counts more than accomplishment for our final grade.

It’s a good reminder of who we are and what we stand for as Americans.
Stand with us and get a limited-edition, American-made “I Miss W.” t-shirt today.

So we stand for overpriced screen printing? Say what you want about the RNC, at least it's an ethos.
Posted by Scott at 10:05 PM

Email ThisBlogThis!Share to TwitterShare to FacebookShare to Pinterest
Labels: How Are You Fixed For Snake Oil?, SpamSpamSpamSpam, We Get Letters

It's sad that standing by overpriced screen printing is the best part of the republican agenda.

But I do like the added Gee Dub face plant.

I didn't even notice the face-plant, Dave! But it kind of just made my day.

"How do I miss W?
Let me count the ways"

But my aim's improving.

Interesting use of the plural. I guess in Sara's view,... while George W. Bush was so much of a leader he was legion, he was a leaders

yeah, like *you've* never been so drunk as to see double ;}

P.S. please note my previous comment was in jest / snark and in no way to be construed that I have any ill intentions towards our former Preznit, no matter how incompetent the little shit was or how much he damaged the country. He's out of office, can't run again, and I'm willing to let bygones be bygones.

Concerning your previous remarks, we are going to have to go with either,

Hey! Dat was my joke foist!*

The NSA (and the Brits, the Russians, the Russian Mob, the Chinese, the Indians, the Australians, the New Zealanders, and probably the Brazilians).

*As Annti pointed out, it's really a very old joke. But you knew that.

See. Scott, this post EXEMPLIFIES why you are a National Treasure! If I received these tempting blandishments, my reaction would be a sort of slobbering, gurgling, gagging crescendo that went on for some time until I ran out of breath and had to semi-recline with a lady-size portion of Scotch, in order to recover. Whereas YOU produce in response, scintillating, devastating, funny, give-'em-hell prose.

BTW, can you Ari Fleischer has sunk to this? He must be financing a major habit, or putting six or seven love-children thru grad school.

Sigh. There was supposed to be a italicized "believe" before Ari Fleischer in the final para above, and ol' Ari was NOT to be italicized. No sensible person would want to emphasize the fellow.

No sensible person would want to emphasize the fellow.

No truer words were ever more elegantly put.

I kinda miss him too. Hillary'd be a shoo in if he were still president. Even Elizabeth Warren, my pretend girlfriend, would probably be running if only to save us from ourselves. Honestly, we could nominate a rum-stunned alpaca and win. Pardon me while I got nostalgic for for the days when democrats were mostly united.

Way too late, but since I'm kinda back, I'm going to go post some replies and stuff in my birthday thread if anyone still cares.

I kinda miss him too. Hillary'd be a shoo in if he were still president.

I always thought his one notable achievement was making it possible for this country to elect a Black president, so...credit where credit is due: Bush was a great accidental civil libertarian.

D,and we are duly grateful you are kinda here. You have been missed, sister. Can i give you a Happy Birthday wish right here because.. well, depression-induced procrastination is the finest kind. So, a belated but sincere Happy Days to you.
Aforesaid d-i procrastination also means our Beloved Founder, Sheri also gets a late but sincere Thanks for starting all this and many more happy days, dear.
from Suezboo with appreciation.

To be fair to Mr Bush, he actually looks pretty good compared to the rest of today's Republican party.