Happy Birthday, Jay B! I Got You Reuben Kincaid! 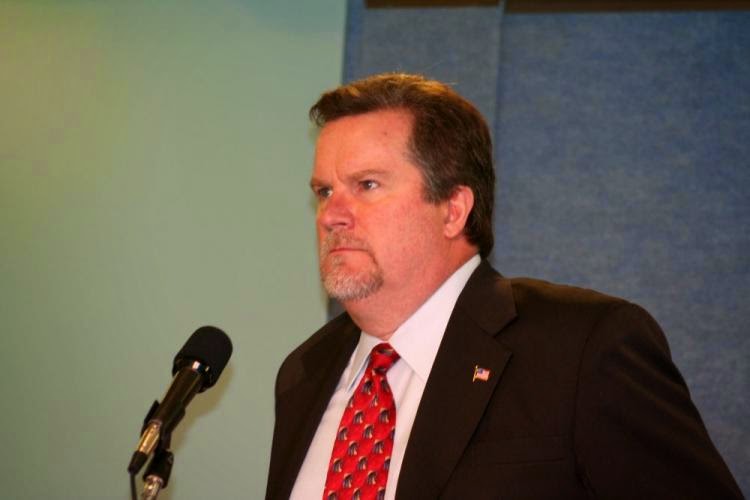 Wait. No. Check that.  Sorry, it's Cliff Kincaid, of Accuracy in Media. So I'm afraid there won't be any renditions of "It's One of Those Nights (Yes Love)" or spasms of comic byplay with Danny Bonaduce. On the bright side, today is the natal anniversary of sophisticated world traveler and man of letters, Jay B., whose piquant and epigrammatic remarks light up the comment threads of better blogs than this.

You know, this feels really...awkward. I mean, I know I ordered a different party clown -- I'm sure it was the booking agency that screwed up, not me -- but Cliff is here already, and it's too late to get a replacement, so maybe we should just let him do his act, and then once that's out of the way, we can bring on the lizard and cut the cake...


The "people's lawyer" is a criminal

In a sympathetic profile just before his resignation, Politico said Eric Holder's biggest legacy may be "his quiet dismantling of the War on Drugs...." How he could have "accomplished" this without legislative authority from Congress – which is supposed to make and pass laws – is never really explained.

Except for the part where they explain it, but in Cliff's defense, the explanation is hidden way at the other end of the same paragraph, and he's a busy media critic who doesn't have time to play Where's Waldo? with words.


He was an Attorney General described by President Barack Obama as "the people's lawyer." Anybody familiar with Marxist jargon knew exactly what Obama meant. 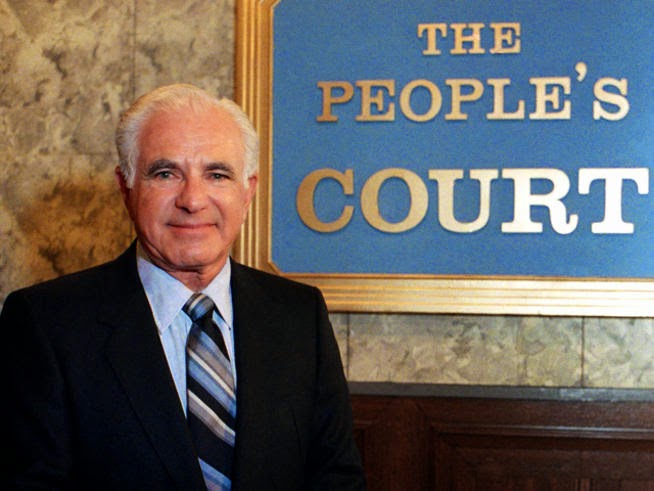 Join us for Marxist Jargon and Bolshevik Justice every weekday at 5 PM on KCAL, Channel 9. Or check local listings for the Stalinist Show Trial in your area!


At home and abroad, the Obama administration distributed weapons to America's enemies.

Because every day is Christmas for American defense contractors, and the Pentagon is Santa Claus.  Wait...the Obama administration distributed weapons to America's enemies at home?  How come I didn't get one?  The Joint Chiefs of Santa didn't send me so much as a Super Soaker or a high-powered T-Shirt cannon!  But more to the point, why is Obama arming American enemies of America? Clearly, it's to fight a War on Christmas, which means that thousands of small brown children will not be getting bombs for the holidays.

Hm...I wonder if there's a photoshop of Obama as the Grinch, or if I have to make one myself... 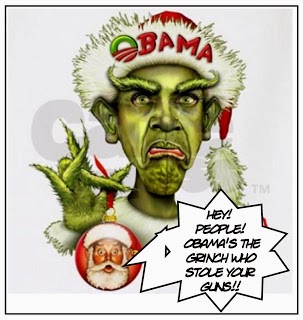 Yeah, that literally took a nanosecond to find.

Holder's area of expertise was facilitating weapons shipments to Mexican drug cartels, in a scandal that came to be known as "Fast & Furious."

You gotta admit, that's pretty amazing. Considering that "Fast and Furious" was a Bush Administration program, it's like walking into the copy room your first day on the job, finding all the lights blinking on the Xerox machine, and being told that "obviously your area of expertise is jamming up the copier!"


John Fund, co-author of the book Obama's Enforcer, about the Holder record, told me the other day that "No cover-up is perfect,"

He was talking about John Boehner's spray tan. Still, he makes a good point.


and that it appears a batch of incriminating documents in the scandal will soon be released, thanks to legal action from Judicial Watch.

Actually, it appears the court has ordered the DOJ to furnish a list of documents it doesn't want released, along with arguments for keeping them confidential. Still, Cliff makes a good point, assuming you don't click the link.


Equally scandalous, the Obama/Holder administration made an announcement that it wouldn't enforce money-laundering laws against banks doing business with marijuana stores.

Or, put another way, the Treasury Department's Financial Crimes Enforcement Network issued guidelines to banks to prevent marijuana businesses from being used for money laundering.


Providing clarity in this context should enhance the availability of financial services for marijuana businesses. This would promote greater financial transparency in the marijuana industry and mitigate the dangers associated with conducting an all-cash business. The guidance also helps financial institutions file reports that contain information important to law enforcement. Law enforcement will now have greater insight into marijuana business activity generally, and will be able to focus on activity that presents high-priority concerns.

Still, Cliff makes a good pointer, in that he's at least as smart as a medium-sized dog, and could probably be trained to sniff out small game.

But Politico insisted that Holder's criminal approach to the enforcement of drug laws was something in his favor, because the "Reagan-era crusade" against drugs that he opposed at every turn "hasn't eradicated drug use...."

And that quitter FDR never really gave Prohibition a chance! Anyway, it's sad to learn that our prisons, thanks to Reagan, are overflowing with shoplifters.


Politico goes on, saying those Reagan policies "filled U.S. prisons past the breaking point and wrecked the lives of millions of Americans, a disproportionate number of them African-American." So Reagan is blamed for blacks using drugs and going to prison.

"What? All we did was declare war against our own citizens, militarize the police, and spend $51,000,000,000 a year locking up mostly poor and minority Americans until our prison population exceeds that of Communist China or the old Soviet Union, and suddenly we're the jerks?!"


Ethan Nadelmann followed up with a Politico column entitled "Eric Holder Was Great on Drugs."

Well, to be fair, he was probably great without drugs. You know how those people are...gifted.


The title has a double meaning, which was apparently lost on the editors who came up with that clever use of words.


It must be noted that Colorado and Washington violated national, and even international, drug control laws, also known as treaties. That didn't bother Holder.

Any Attorney General who ignores treaty violations should be impeached and prosecuted, unless it was a treaty outlawing torture, because we might want to torture him for ignoring that treaty about pot.


Despite what Politico says, real conservatives oppose the Soros-funded drive to legalize drugs. At the recent Values Voter Summit, Rep. John Fleming (R-LA), a medical doctor...mentioned two cases out of Colorado – one in which a husband stoned on marijuana shot and killed his wife, and another involving a student who jumped to his death after getting high.

I've never seen a stoner jump off the couch, let alone a building, even when the doorbell rings and they're pretty sure they're expecting a pizza. I'm also disappointed that Dr. Fleming didn't mention all the four-year olds who've  shot people while high on dope.  But I am a classicist, and have to give props to the Doc for continuing to mine his anti-drug anecdotes from episodes of Dragnet 1967.


Fleming didn't mention it, but an Alaska television reporter just announced on the air that she ran a marijuana club that she had been reporting on. She used an obscenity on the air and walked off the set.

I'm not one for glamorizing drugs, but that was pretty awesome.


This was a vivid example of the dangers from the marijuana industry and the media that promote it.

As the Joel Gilbert film "There's No Place Like Utopia" shows, the game plan behind marijuana legalization has been to create another "progressive" constituency in need of something government can provide – in this case dope to "cure" problems like high arches.

I think you've been misinformed, Cliff. Dope doesn't cure high arches. Dope causes the munchies, which are cured by the golden arches.  However, I thank you for pointing me to Mr. Gilbert's documentary, which makes Dinesh D'Souza look like Robert J. Flaherty.  (If you've got a moment, click the link and watch the trailer. It delivers a surreal experience that will save you thousands of dollars in drug money.)


It is a terrible scam that results in many wrecked lives. Holder has helped make it possible.

Eric Holder. History may remember him as America's first African-American Attorney General, but to Accuracy in Media, he'll always be Superfly.

Anyway, please join me in wishing Jay a very happy birthday. We close now with the traditional... 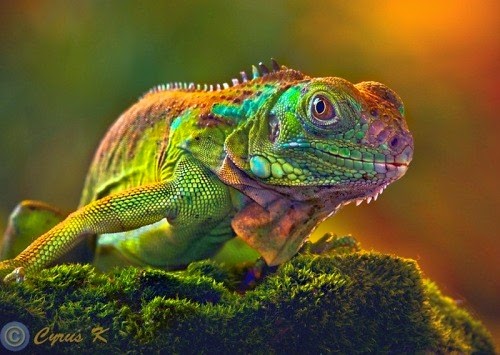 Scott. You magnificent bastard. As always I thank you and think of you often, especially when I can't move or am in agony in some small way.

Happy birthday, Jay B. I hope your lizard tastes better than mine did.

And it was nice of Scott to find you the anti-marijuana Reuben Kincaid.

Wow. You got the lizard with the really cool iridescent paint job! Scott must really like you, Jay B.

Happy B-day, and all the rest of the alphabet.

There's an oxymoron for you, accent on moron.

Happy Birthday, Jay, and I want you to know that I had to summon my last reserves of compos mentis to say that, after watching about 1/3 of that Utopia trailer.......

(And if I were either MGM or the L. Frank Baum Estate right now, somebody's thieving conservative ass would be in a sling, copyright-violation-wise.)

J & B ! Have a blurry Happy Birthday and many more shiny lizards.
Suezboo