You know me, I like to open with a joke, especially when there's bad news involved. But right now I've got such bad news to deliver, and my hands are trembling so violently, that it's a struggle just to work the keyboard, so please forgive me for stumbling straight to the point:

Riley's in the hospital, and she's not coming out unless we can raise $980.

I realize this is exactly the same thing I'd be saying if she'd been kidnapped and was being held for ransom by Mexican drug traffickers or Quebecois Separatists, but our vet is actually a nice guy, so I'm not going to alert the FBI. Instead, I'm coming to you and begging for help. 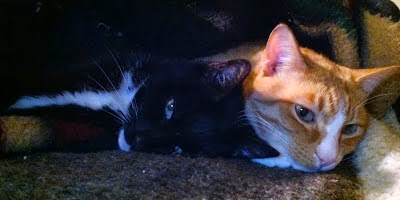 As some of you probably remember, Riley's health started to falter last September, and after a battery of tests, we found out her thyroid was on the fritz. But she responded to the medication, enduring a pill tossed down her throat twice a day with weary fatalism -- especially when Mary followed it up with a few of the treats she loves so much. But Riley's brain is a sophisticated pattern recognition system, and if we ever screwed up the sequence, she would demand we make it good, e.g., Mary administered the pill one morning, then came back a little later to find the treats untouched and Riley piercing her with a disapproving stare. Mary looked around and realized the pill had fallen out of her mouth, and Riley refused to touch her reward until Mary did it right. 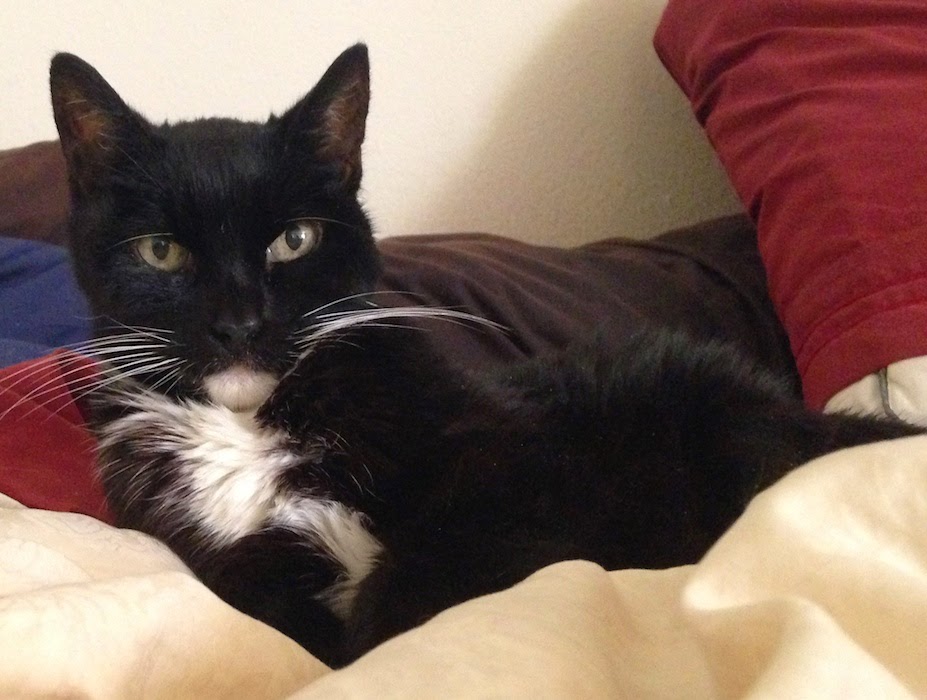 But about a month ago she started losing weight again. We spent all our funds, Disposable, Discretionary, and None of the Above, on a new round of tests, treatments, and special foods. Mary even learned to give Riley thrice-weekly subcutaneous fluid injections, and again, she seemed to rally.  But about a week ago she gradually stopped eating, and her weight has dropped, from a high of 13 pounds a couple of years ago, to just under six.  She became very wobbly, unable even to jump onto my lap as I worked at the computer, and in the past couple days she's stopped purring entirely, which is the most telling and heartbreaking change, because she would normally start to idle like a Harley the instant you touched her.

So after a sleepless night, we wrapped her in a towel (no pet taxi this time, because she hates it) and took her to the vet this morning, expecting to be told the worst. In fact, as we waited for an agonizingly long time in the chilly examining room, I began to wonder how I would break the news to you guys, since many of you have known her for years, going back to the days of our old domain at world-o-crap.com.  But the doctor surprised us by saying there was a reasonably good chance to save her. 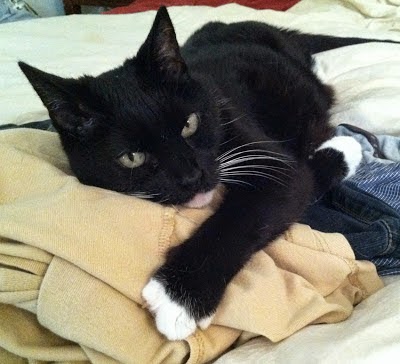 We saw the estimate, and Mary, who'd been bravely, but barely holding it together, broke down in tears, because even if we gave up on food, gas, and internet and spent every cent, it still came to more than we have in the bank.  There didn't seem to be any option; our only choices were to let her continue to starve to death, or have her put to sleep.

I said, without thinking, "Maybe the World O' Crap community will help us," and she looked at first startled, then faintly hopeful -- enough that she agreed with my desperate and potentially very stupid decision to admit Riley to the pet hospital.

So that's what's been happening. We just got home a little while ago; Mary is cuddled up with Moondoggie, and I'm sitting here, throat dry, palms damp, heart pounding, hoping that you guys, who have been so kind to us in the past, will come to our aid once again.

If you can -- and I know times are tough, and completely understand if you can't -- please click on the button at the top left.  Or, if you're not a Pal of Mr. Pay, email me at scott.clevenger - at - gmail.com and I'll send you our snail mail address. Any little bit will help.

And thanks for listening.
Posted by Scott at 3:18 PM

I'm guessing that the diagnosis is renal failure? Anyway, my heart goes out to all of you, and I wish you all the best. I hope everyone in the Wo'C family can donate a couple of bucks and get Reilly the help she needs.

Just sent as much as I could. I'll send more when I get paid later this week.

FWIW, our beloved Turkish Van, Puck, had renal failure, too. But with treatment and a special diet, he ended up spending several more years with us, in fairly good health for an aged kitty.

We'll keep our fingers crossed, for the inimitable diva of Wo'C.

I've been lurking around WoC for years and have really enjoyed the beast-blogging as well as the snark you all have lavished on bad movies and worse right-wing idjits. Donated a mite on my credit card. Hope you can scrounge up enough to save Riley.

I used the PayPal button, so you won't have to wait. I will think and wish and hope for all good things for Riley.

Hope she is well soon.