As you can tell from the title, which is a blabbermouth and a vicious gossip and always spoils the surprise, today is the natal anniversary of Weird Dave, a valued and respected member of the World O' Crap community for many, many years, and also one of our most prominent nudists.

So what do you say -- let's bring out the cake!  However, in order to maintain his svelte profile, I'm sure Dave eschews sugary desserts, so instead we've replaced the traditional birthday pastry with this tempting terrine of garden vegetables: 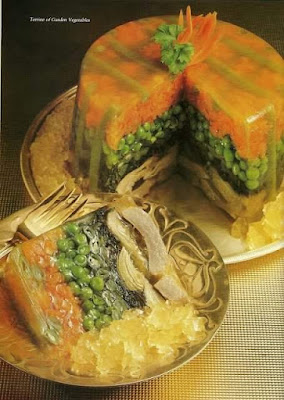 Mmm!  I'm sorry we don't have any candles, but the heat would melt the cake's gelatinous outer layer.

Now since it's the weekend, when we normally do this kind of thing, and since Dave is out and proud about his Weirdness, I thought I would cull some of the odder Google searches that have brought people to Wo'C lately and try to answer them, since Google, by virtue of the fact they led the questioners here, did a piss-poor job of it.  Feel free to play along at home...

2.  dykes hug: Dear Sir, we are in receipt of your "super hot, but politically correct lesbian erotica" and regret to say it does not meet our present needs...

3.  kale shit morons idiots: Well, this being Hollywood, I know plenty of morons and idiots who shit kale, so it seems fair. Circle of life an' all.

4.  "kurt schlichter" “asshole”: Why do I suspect this is how even Kurt Schlichter Googles his own name.

5.  nude pix of ruth buzzi nude: We're not here to judge, Googler, but maybe you could calm down a little? One "nude" should be enough to uncover the photos, or summon the devil, or whatever it is you're trying to do here.

7.  inflatable skunk: RealDolls® have been a healing salve for the sexual frustrations of single men with lots of disposable income, while working class bachelors with paltry cash reserves but large, untapped reservoirs of semen may avail themselves of the latex touch of Blow-Up Wanda.  But what about the Furries?  Sure, there's Build-A-Bear, but despite years of disappointed Yelp reviews, they still fail to offer adequate genitalia options. Plus you have to make the bear's sexy costumes yourself, because B-A-B's designers are all prudes. So when you think about it, is a pneumatic skunk with an O-face really all that much to ask?

8.  satanic blasphemous sissy hypnosis: So, that's how gay marriage is going to destroy straight marriage! It all makes sense now....!  You show up at your gay friend's wedding, all set to have a good cry and do the Chicken Dance, but instead of a minister or a justice of the peace there's some weirdo in a hooded black robe standing in front of a statue of Baphomet; he lights some black candles, passes around a chalice of goat's blood, mumbles some mumbo-jumbo, and the next thing you know, you're stumbling out of the Courtyard By Marriott banquet room looking to swap spit and exchange rings with the first dude you see!

10. i love ted nugent: This doesn't really come as a surprise; after all, somebody married Charles Manson.

And that concludes our broadcasting day. But a party wouldn't be a party without a little cheesecake to make up for whatever the hell that thing was at the top of the post. So, since Weird Dave -- as anyone who's seen his avatar can tell you -- is a known nude frolicker, we present Jean Harlow, who was not opposed to the occasional clothing optional idyl herself: 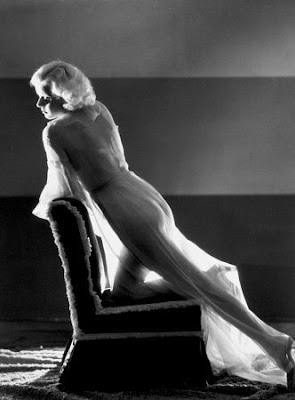 From Complicated Women: Sex and Power in Pre-Code Hollywood, "With Garbo, sex was a sacrament. With Shearer, sex was emancipation. With Crawford, sex was a commodity. With Harlow sex was just sex, and that’s refreshing. She had a beautiful body, and didn’t mind showing it. When Harlow wore a dress, the dress wanted to come off. Biographer David Stern reports that, with the cameras running for the rain barrel scene in Red Dust, Harlow stood up, topless, and shouted, “Something for the boys in the lab!”

And now here's someone who also enjoys frolicking naked in the desert: 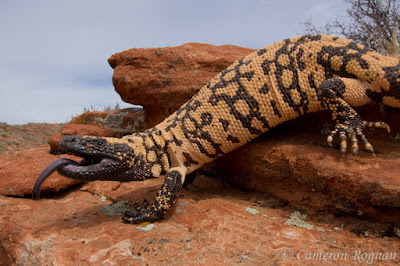 Happy birthday, Weird Dave. Thanks for continuing to bring your flapping, sun-burnt body parts to World O' Crap.
Posted by Scott at 3:01 PM

Happy Birthday, Weird Dave. The cake is, apparently, a lie. The booze is probably okay, though.

What? 7/5 of the way through the yr. already? Good going W.D.! Hope you enjoyed yourself safely & responsibly. (Or had a bodyguard.) Wishing you many more.

And just when did awful food images become part of the tradition? Here is a palate cleanser.

That is a wonderful lizard, Happy BDay W.D.!
~

My sis knitted one of those one time. Said the claws were a bitch...

Happiest of BD's, WD! (And I fear it's mostly my fault that horrifying food has become a Birthday Post Custom. Sorry. Not sorry)

Gee, Google sure does know a lot about me...

So where'd you get that picture of my cousin?

And, too, also I'm sure the healthy cake is good for me and all, but seriously? Make mine a trifle.

Much thanks Scott and all the World O' Crappeas. I haven't been posting much lately (as our favorite misanthrope puts it, "Kill your boss! Now!!") but I am still lurking around and still very much appreciate all your efforts to help me get through this World O' Crap.

Happy birthday, Weird! Harlow and Gila. What an honor!

I'm not used to showing up this late for the party, and finding so much of the cake left. I guess that's only to be expected, when a slice of the confection looks like a section from the autopsy of some hideous, gelatinous mutant hell-beast.

I'd take the trifle, too. Though some time you've simply got to share your secret for combining that sweet tooth with an undeniably svelte figure.

On the other hand, you got an artistically lit, diaphanously clad Harlow ... rowr. Mucho rowr. (Not to mention the Tex Avery "Ah-oogahs!" and eyeballs jumping out of their sockets so my optic nerves could wave them in a lustful semaphore.)

May the coming year bring you much enjoyable weirdness.