Connoisseurs of hucksterism and ballyhoo will have noticed my regular promotion -- if not outright pimpage -- of the All-Star Summer Jamboree podcast.  Founded back in 2010, the ASSJam was originally a vehicle for Mike & Ike, the perpetually stoned and inventively profane pop culture critics created by my friend, writer-actor-director and gently warped genius, Jeff Holland. 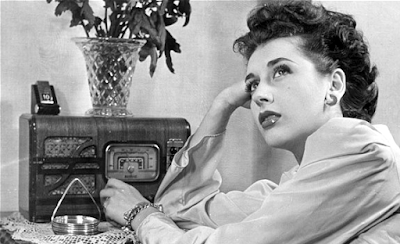 Jeff had me on the show in 2011 to promote Better Living Through Bad Movies and -- prophetically, as it turned out -- go careening off on wild tangents and gab about a multitude of inexplicable crap.  Against common sense and natural law, Jeff has had me on as a guest many times since, and at the beginning of 2015, he invited to appear as a sort of semi-regular guest host after his former partner left the show to spend more time with his family and less time chatting about Scooby-Doo and Cannibal Holocaust. But to all things there is a season (turn, turn, turn, kick ball change, turn), and Jeff decided to retire the ASSJam, making this, our most recent show, also our last.


GeekplanetOnline, the Fascination Nation, and Very Amateurish Productions, the Rejuvenation Indignation, can finally say piss off to the All Star Summer Jamboree.  Indy knows it’s the end, but no one at WVAR seems to. Jeff chats with the lovely and talented Mary Clevenger about Bones and all things Joss Whedon, Scott sends us a holiday message filled to the brim with good cheer and Drew Barrymore, John Szura joins Jeff and Scott for a William Castle led descent into film geekery, and it ends with the man who began it, a special message from Tom Elliot.

But we're going out on a high note, with Mary making her podcast debut in the first segment, talking about an eclectic salmagundi of television shows, from beloved space operas that died too young, to whimsical crime procedurals in which the guest stars are extravagantly decayed corpses.

Which reminds me, for some reason, of the first joke I wrote for Frankenfish, as we floated on a camera barge on the Tensaw River and struggled to meet the producers' mandate that female star China Chow (playing an animal physiologist working for the State Department of Wildlife and Fisheries) would doff her top within ten minutes of meeting our hero, a medical examiner.

"Well," she muses, untying her bikini while straining to deliver a mixture of flirtation and rationalization. "You're a doctor, you must've seen lots of naked ladies."

"Yes," our hero allows. "Although they're usually on an autopsy table in an advanced state of putrefaction."

(Happily for everyone concerned, this scene was cut.)

So anyway, if you've ever wanted to hear Mary chat about geeky stuff (in other words, get a load of what my daily life is like), this is your chance.

Afterwards, I step up to the microphone for a dramatic reading of Babes in Toyland (the Drew Barrymore/Keanu Reeves version).

Then for our final segment, put on your Ghost Viewer glasses, because you're about to experience a New Dimension in Horror with my friend John Szura, who tells us what it was like to sit in a theater as a kid and throw Jujubes at the amazingly lame skeleton from House on Haunted Hill.  So if you've got a little time, please click on the link above and give it a listen.
Posted by Scott at 5:59 PM

Email ThisBlogThis!Share to TwitterShare to FacebookShare to Pinterest
Labels: ASSJam, Now a word from our sponsor, Podcasts

I'll have to check your podcast out. Sounds funnier than mine! :) Although, I do like to try having fun with my guests. Authors and writers are fun people! :)

Mary, thank you so much for validating my love for Bones.I thought I was the only one. Snif.I must confess to fancying David B as Booth (I never saw Buffy or Angel)more than Nathan F as Castle.
But I haven't obsessed over a TV programme like this since - oh - the early 80s.And I have never been involved in a fandom before. Did they have them before the Intertubes?
I mean, sure, the Beatlemania thing, I felt it, but I didn't actually do anything about it except scream a little at a Hard Day's Night - a very little; my mother was with me.But now Tumblr,forums,discussions,fan vids, fan fiction-can really feed the addiction.I guess when the show ends, do the fandoms fold? And the where's the grief therapy that I will probably need?
Sorry to go on but who else would understand ?
Oh, the squinterns whose names you forgot? Zack Addy was the Apprentice and it was Vincent Nigel-Murray who was killed and sung to. Yeah, I know my Bones.

As always, the ASSJam was a blast. (hee)

In no particular order, the title of that 3-D sci-fi film starring Richard Carlson that John was trying to remember was It Came from Outer Space -- which I would love to see in its original format.

The Tingler is by far my favorite William Castle flick. (I guess it's just twisted old me, but for a long time I've thought that title sounds like the sort of rubber novelty you could get from the coin-operated dispenser in the truck stop men's restroom.) A chance to see it on the big screen and experience the miracle of "Percepto"? Sounds like a little bit of B-Movie Nerd Heaven to me.

Mary and Sue Z. Boo almost have me talked into giving Bones a look-see. But if you could see how much I've already got in the hopper on Hulu and Netflix, you'd understand my hesitation. And it's nice to know someone else found their enthusiasm about BSG fading as the series progressed. I'd be interested in hearing Mary's take on Dark Matter, given she's such a fan of Firefly.

I cackled all through your dissertation on Babes in Toyland, especially that unkind (but hilarious) remark about Drew borrowing Grandpa John's liver. There really does seem to be something about that special holiday which brings out the very worst in scriptwriting.