Although the next episode of The Slumgullion isn't due until next week, Jeff and I were so moved by Deadpool that we recorded a special mini-sode in the middle of the night as soon as I got home from seeing it:

Two Guys, a Girl, and a Pizza Face

In this special mini Slumgullion, Jeff and Scott discuss the awesomeness of Deadpool, with a little Suicide Squad and Batman vs. Superman thrown in for good measure.

Shadow was also deeply affected by Deadpool, particularly the X-Men crossover elements, and wanted to do a special Pre-Post-Friday Beast Blogging in its honor. 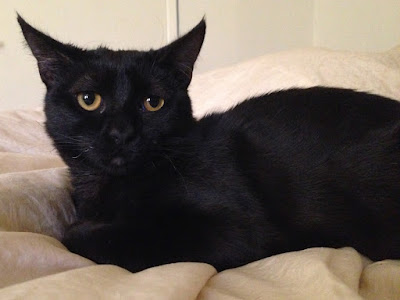 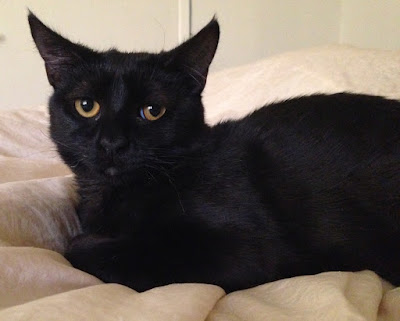 SHADOW:  Because I've got kitty pryde. 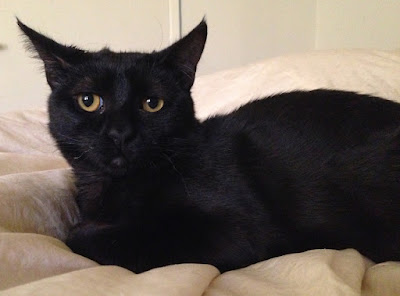 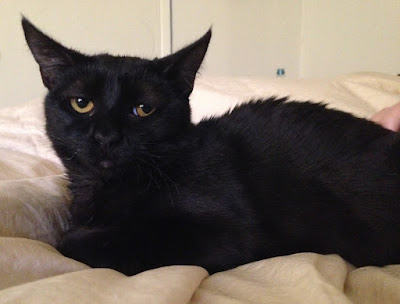 Email ThisBlogThis!Share to TwitterShare to FacebookShare to Pinterest
Labels: Now a word from our sponsor, Podcasts, The Slumgullion, Wild Things

Shadow is a lesbian?

Well, Moondoggie's no use to her...

Shadow is too cool to express any neediness ...

She's the Greta Garbo of cats.

I dunno, she strikes me as much more sardonic than Garbo, much more Marlene Dietrich... granted, not the same sense of humor, exactly, but Dietrich always seemed a bit more accessible than Garbo. Don't get me wrong, I adore Garbo, especially in "Ninotchka," ("GARBO LAUGHS!") but the eyes and the whiplash-vicious sense of humor of a Garbo --- maybe it's because Shadow is young, I dunno, she seems a little softer than Garbo. I could be wrong, I've not met her in person/in feline, but as much as I adore Garbo, Shadow seems much more of a Marlene. She sure as hell ain't Tallulah Bankhead, that's for damned sure!

I wish that I could properly remember the exact quote from Tallulah, (and it could apply to Dietrich & Garbo, as well!), but I'll give it a random shot in the dark...

"Honey, I don't know WHAT I am... one kind of sex gives me a sore back, and the other one gives me lockjaw, so why bother being picky?"