I apologize, once again, for the spotty posting.  Real life (which is to say, meager, but paying work) has intervened, but I couldn't let this auspicious day go by without noting that it is the birthdate of our friend Bill S. (legally known for the duration of his natal anniversary as Bill S!), and the delightful, the delovely, the Minx.

For his special, non-Ann Coulter photograph, Mr. S! sent me the following message:


If you decide to acknowledge my birthday over at World o' Crap Thursday, I humbly request you post Matthew Bomer, Scott Caan, or the Ryan of your choice Cabrera? Gosling? Kwanten? McPartlin? Phillipe? Reynolds? When did "Ryan" become the go-to name anyway? O'Neal was the only hot Ryan 40 year ago (I may be the only person I know who still enjoys Love Story unironically)...now, of course, he's a sad, drug-addled, creepy old man who couldn't recognize his own daughter and hit on her...at the funeral of his common-law wife. So, not THAT Ryan.

Hint taken, Bill.  I'm putting my extensive collection of production stills from Irreconcilable Differences and Tough Guys Don't Dance on hold, out of respect for the memory of your severed umbilical cord, and instead, I'm going with a Random Ryan.  And the wheel of fortune turns up...McPartlin! 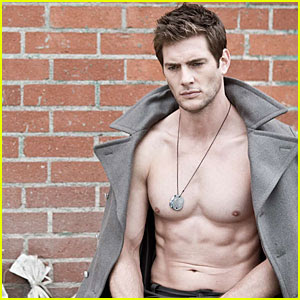 I was sad that I had no shoes, until I met a man who had no shirt, and then I was really depressed, because he was a homeless bum living in an alley, and he still had an awesome six pack.

Fortunately, The Minx is also gay, so we get to mix 'n' match the sexes for this dual birthday celebration.  She didn't express a preference, so I defaulted to Classic Hollywood Cheesecake: 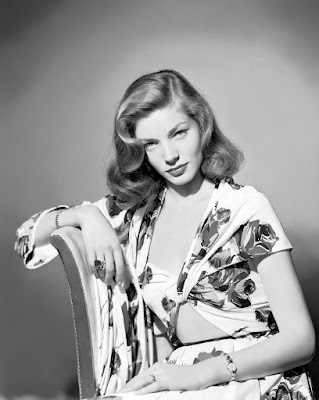 In this case, Lauren Bacall, because really, how can you go wrong?

So there you go:  saucy, Ann Coulterless eye candy to tempt even those whose eyes are on a diet.  Please join me in wishing a very happy birthday to The Minx and The Bill S!

Update from Maryc! It wouldn't be a Bill S! birthday without a little Nathan lovin' goin on.  I present you with your birthday moment of Nathan Fillion zen: 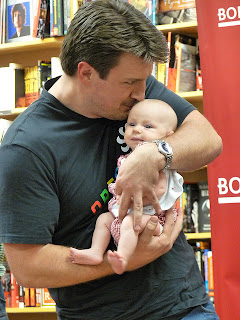 OOh, me first !
Happy! Birthday! Bill! S!
I too have noticed the plethora of Ryans in Hunksville. Odd, that.Enjoy!

Minx, have a lovely day with lots of hugs and prezzies.
Suezboo

That Ryan whom I have never heard of before has a sort of Alain Delon look goin' on. I approve.

Happy Birthdays, PLURAL! to you guys, and thanks for the Lauren Bacall pic, Scott. Just saw her a week or two ago in that old Rockford Files ep-- a two parter, actually-- from the late seventies. There's no other way to say it-- what a swell dame!

Thank you so very much for the kind wishes & the absolutely gorgeous picture of Lauren Bacall. There are truly no better people in the world than the World O' Crappers.
Much Love and Many Kisses from The Minx

Great, carb-rich birthday wishes to both of you. I only know you by your prose, but that proves you both equal to the beauty of your respective pin-ups.

Ah-ha. Now we know why to beware the Ides of March.

Wishing many more birthdays to both the birthday people.

And, uh... I'm a straight woman, and I think that photo of Lauren Bacall is freaking hot.

Happy Birthday BillS and Minx! (Late to the party, but I'll catch up...)

So very sorry to be so damnably late for both y'all's birfdays, here and on M.O.B. (gotta get a new password, etc., lost it all with the passing of the Toshiba), but I see that Scott has more than wonderfully made up for my lapses. And a big hearty "aaayyyyyy-(wo)MENNN!!!" on the drop-dead sultry gloriousness that is, was, and shalt forever be Lauren (Betty) Bacall... Oh hoolllllyyyyy SHEET, that girl was HAAAWWWTTTTT!!!!!! Smart, wicked-funny, razor-sharp tongue coated in that smoked-honey voice, and those lips... oh, honey, put 'em together and blow, ANY DAMNED TIME... *sigh*! Who, moi? Distracted, disturbed and hormonal? Does it show?

I'm not a fan of the plethora of "Ryans," nor of the name, despite my mick/Scot affiliations, but THIS one would look FABULOUS on the end of a deerskin leash, with or without the ball-gag on his halter/collar... They're always so pretty at that age, when they still think that they're invincible... Pretttyyyyy...

I've heard of this Nathan Fillion niblet before, from our beloved birfday boy Bill S. *and* from CCMcGoon, but I gotta tellya, as twee as he is sniffing that baby-head opium (if they could bottle that smell, imagine the BILLIONS that wouldn't be wasted on fertility futility by 45+ broads who should ADOPT!?!!), from this angle, I just don't see the appeal. Nice, yes, in a yuppie-ish construction-worker or gym-fixated cube-rat way, very cul-de-sac, but not exactly worthy of a true and heartfelt FIXATION. But then, taste is truly subjective, to each his own, and darling Bill, may you have this Fillion filling-up YOUR taste buds for many moons to come, even if I have to tag him on the back of the head with a tire tool! Though, based upon the evidence presented here, I'd happily kidnap the selected Ryan drone with the loverly rippling abdominals if you'd rather have a steamy, stretchy workout of the best kind... Up to you, love --- I may be living on the road any day now, anyway, and who better to sneak up on pretty boys but a toofless ol' homeless hag with an antiquated cat, living in a hoopty ol' truck? He'll/They'll never see it coming, until they come-to on your front doorstep, my dear darling Bill!

And Nadine, Nadine, my artistic Minxie, inimitable wordsmith and wicked little imp, woodland sprite with the deadly aim of Diana the Huntress... I am so jealoussssss of your birfday prezzie here! Oh, to have a time machine, eh darling? Not only is Betty a swell dame, a real game broad, I betcha that she'd be up for a wild, wily weekend with "the girls," if we mixed her martinis right! C'mon, she seduced and won a married cathlick man, she worshiped at Bogie's feet even as he was her heart-rent slave --- that's one helluva woman, even if you COULD ignore her amazing resume' of smart, strong, fabulous women who could out-snark, out-think, and out-finagle ANYBODY. Kinda reminds me of you, except instead of her leonine lean face with those enchanting lips, you're more along the lines of a dewy young Kodiak filly, just getting the feel and the mastery of her talons, her razor-sharp canines, learning how to swing and swagger that sexy rump like Bacall worked hers.

Too many hormones? Hey, don't blame me, I've been wanting to get sterilized since I was fifteen! Blame Napoleonic cathlick code in our state constitution, where hospitals who raid the Medicare and Medicaid coffers BLIND can STILL deny a patient birth control or self-selectd sterilization based upon THEIR corporate cult selection.

At any rate, y'all are two of the bestest folks I've had the privilege to know on teh Innernets toobs, whether going back to the Chuck E. Cheez dumpster like Bill & I do, or a new friend with the heart of that lioness in the sexiest black-and-white photo EVER printed, and I wish you both all of the love, lust, romps, adventures, amusements, entanglements, and general all-around FUN in your coming year and in all of those that follow. May your loved ones always love you back and moreso; may your hardest, heartiest work always be recognized and hailed for the brilliance that it shines; may the Powerball fairy visit you with a VERY big bag o'jackpot winnings; may the music that you love always bring joy and lightness to your hearts, and may the music and art that you create be broadcast/enlightened bright and wide enough for the whole world to enjoy and absorb!

Bill S! and the Minx.