Happy Birthday, Jacquie! I Got You a Scam!

Wo'C Lurker Jacqueline recently let on that she's had a bit of a trying year, and since she's an extremely nice person, a Friend O' the Blog, and it's her birthday today, I scoured the Internet to find an appropriate gift.  By which I mean, I put on latex gloves, welding goggles, and a respirator, and dipped into my spam folder.

Fortunately, I've been getting an unusual volume of emails recently from a variety of Republican Party luminaries, alternately pleading or demanding that I turn over my Christmas Club money to prevent a multitude of apocalyptic scenarios.

The RNC is a grassroots party, a bottom-up party

Calling me a "committed conservative" may be overstating the matter, since in reality I was only kept overnight for observation.

So everyone needs to put their hands on our bottom-up party?  I'm a little confused, Molly...Are you organizing a fund-raising drive or a spanking machine?

Thanks for standing with our Republican team and fighting for our conservative principles.

Don't mention it, John, it was nothing.  Really.

As we prepare the battleground for 2014, we need patriots like you by our side now more than ever.

Then why'd we pick a hill for our battleground in the first place?  At the very least, shouldn't we have opted to fight downhill?  I don't know who we outsourced our battleground preparations to, but I think they're totally ripping us off, and I'm not giving you another penny until I've seen an itemized bill.

as we're going up against the well-stocked Obama Machine that's determined to take total control of Washington and continue to fundamentally transform America.

You know, John, it's been a good five years and I haven't seen much, if any, sign of a fundamental transformation.  Okay, not until recently, when -- I have to admit -- the country I grew up in, the country I thought I knew, did indeed begin to look very different to me.  Almost unrecognizable, in fact, and I remember thinking to myself, "Am I, at last, seeing the fundamentally transformative effect of the Obama Machine?!"  Then I realized America was just decorated for Christmas.

We must protect our principles and defend our basic liberties by defeating these liberal bureaucrats.

Originally, we were going to defend our basic liberties by defeating terrorists, but it turns out they have guns, so now the plan is to loiter outside the Department of Education late on a Friday afternoon and hogpile a GS-12.


You and I know what makes America an exceptional nation. It's not just a matter of who we are. It's the record of what we've done.

And the fact that pretty much every civilized nation on earth takes exception to it.


We have stood and fought for freedom, opportunity and free enterprise. But sadly, under the reign of President Obama and Washington Liberals, these founding, fundamental American principles are under attack.

I'm with you, John, but remember, President Obama cleaned your clock pretty badly in 2008, and he did the same to Romney in the last election, so let's not take on the Washington Liberals until we can first beat, say, the Washington Generals.

After Senator McCain, I heard from Molly's boss, RNC Political Director Chris McNulty, who ordered me to mark my calendar, because:


The Obama Machine is using every tool in their arsenal to make their radical vision for America a reality.

As an outpatient conservative, I'm relieved that the Obama Machine keeps tools rather than, say, weapons in its arsenal.  But ain't that just like a machine -- brings a vise-grip to a gunfight.

Finally, with my commitment in ever-growing doubt, RNC Chairman Reince Priebus was forced to deploy a little tough love:

2014 is a critical year for the Republican Party.

I'm disappointed to see that you haven't renewed your RNC membership for 2014.

"Renewed"?  Wait...Am I now, or have I ever been, a member of the Republican Party?  It seems unlikely, since even back in high school I thought Atlas Shrugged was unreadable bullshit.  Hm...I think Reince is pulling one of those boiler room scams, where some apprentice con artist cold-calls the elderly and says, "Ma'm, do you realize you haven't renewed your smoke alarm insurance?  As you were informed when you first bought your policy, you're required by law to insure your smoke alarm against theft, fire, and collision..."

You are an important part of our GOP grassroots army. And you are our strongest asset to building a prosperous and secure future for our nation and our families.

Anyway, Jacquie has never once sent us a dunning letter, so the least I can do is make her wish for a Sexy Birthday Lizard... 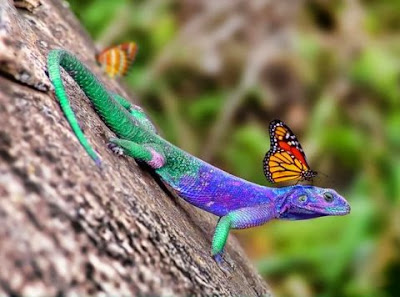 ...and a cheesecake photo of Eliza Dushku come true: 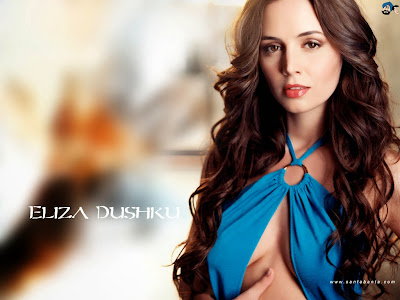 Happy birthday, Jacquie!
Posted by Scott at 12:01 AM

That IS a sexy lizard!

P.S. Washington Liberals is a totally excellent new name for my football team.
~

Happy Birthday, Jackie and a better 2014 to you.
Thunder is, as usual, correct - that is THE sexiest SBL I have seen in the long history of SBLs.
Suezboo

I'm officially delurking to say thank you! Excellent birthday lizard, excellent cheesecake, and very nearly makes me forget that a bird shit on me this morning. It's a good day.

Too bad about the bird, but that is one hell of an SBL. It all balances in the end.

I see the sexy birthday lizard is getting all the press here, along with the Birthday Girl of course.. but perhaps if the beauteous Ms. Dushku could change her color scheme as splendidly and rapidly, she'd have had a chance. What's plain old sky blue, compared to a symphony of neon green and celestial turquoise highlighted with shadings of sunset rose, topped off with a Monarch butterfly?

Anyway, Jacquie, have an excellent new year. Remember that in Merrie England, being shat on by a bird is held to be good luck.

Also, Scott, what the hell do you DO to/for/with these repubnuts that they court and harass and dun you for money? Do you flirt with them on their comment boards, tempting them to make even bigger asses of themselves?

Or do they assume that anyone who repeatedly manages to read their tripe must be crazy like them?

I get dunned by every liberal democracy-supporting, planet-loving, animal-hugging group in the lower 48, or so it seems to me this time of year, but that's because I deserve it as a promiscuous petition-signer and pittance-contributer (and I do mean pittance).

It's true that I've once or twice received snailmail invites to do things like becoming a "Bush Ranger", but that's obviously the result of somebody's database getting hold of too much blow.

And many happy returns, Jacquie!

I was ring-stunned by Ms. Dushku's outfit and forgot to mention...

...and very nearly makes me forget that a bird shit on me this morning.

See, that's a good omen. Now you've got all year's worth of bad luck out of the way.