Happy Birthday Heydave! I Got You Jesus, The First Avenger!

Today is the natal anniversary of our good friend Heydave, who in the past I have affectionately, if unfairly depicted as a bit of a hick: wheat-straw betwixt his tobacco-stained teeth and thumbs hooked in the shoulder straps of his bib overalls as he surveys the vast, corn-smothered, scarecrow-haunted plains of Iowa.  In reality, Dave was born in Chicago, in the shadow of its mighty steel mills, and grew up astride the railroad tracks that were the lifeblood of that brawny, breezy town. Which makes selecting an appropriate cheesecake photo difficult, since most of our birthday boys and girls like, well, boys and/or girls, but Dave has an oft-expressed fondness for choo-choos, so I guess I'll go with Raymond Loewy's S-1 locomotive for the Pennsylvania Railroad: 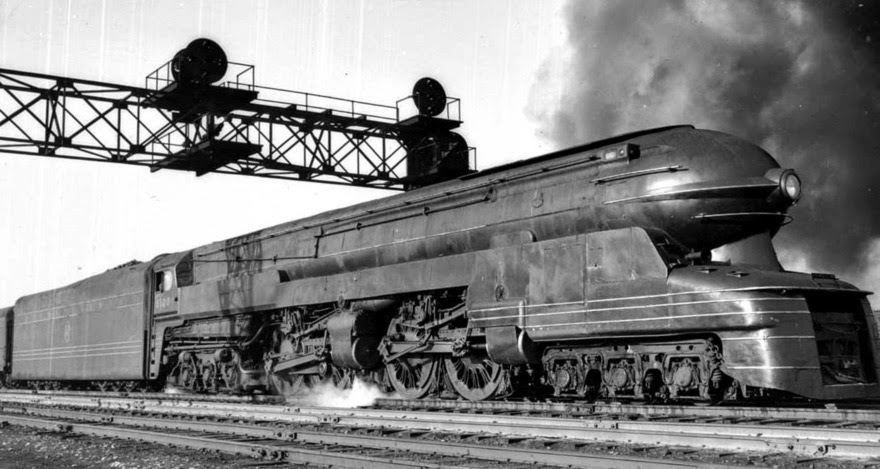 But what about the gift?  I have a hard time knowing what to give a boy for his special day, but I guess toys are usually a safe choice, especially toys that tie-in to a major movie franchise -- at least if the robust sales of Happy Meals are any indication. Still, the options, while extensive, are fraught with disadvantages, and when shopping for Heydave's birthday I considered and rejected a multitude of superhero-related amusements: Iron Man action figures (too many accessories sold separately), X-Men video games (wasn't sure which console platform he preferred) and Spider-Man™brand insect foggers (I don't like to enable Peter Parker's self-hating of own his homo-hexapodism).  Fortunately, Dr. Ted Baehr has stepped in to offer us some expert advice.

Dr. Baehr is "Founder and Publisher of MOVIEGUIDE®: The Family Guide to Movies and Entertainment," which is kind of the upscale version of the ChildCare Action Project or CAPAlert (see here and here for previous appearances on Wo'C). We've dropped in on Movieguide® in the past, but for those who may not be familiar with Dr. Baehr himself, "His life’s purpose is to be used of God to redeem the values of the media while educating audiences on how to use discernment in selecting their entertainment." Also, his motto is “He who controls the media controls the culture” -- and while certain liberal wags may claim the doctor's credo sounds like something Joseph Goebbels might have said, I say Pshaw! Goebbels only wishes he'd thought of that!

So with his bona fides established, I'm taking Movieguide®'s guidance and getting Dave an X-(Son of) Man action figure! In the 1970s, the people of the United States went into a grand funk of stupendous proportions.

In Dave's case, it was a Grand Funk Railroad.


Hollywood and the news media kept telling us that the government was thoroughly corrupt, that society’s religious and cultural traditions were simple-minded and destructive, and that we were on the wrong side of the war against the evil communist tyrannies of North Vietnam, China, and the Soviet Union.

To be fair, around this same time Hollywood was also telling us that the Bugaloos were "in the air and everywhere," and if George W. Bush had been in office they would have rightly been declared an imminent threat, and we would have shocked and awed the shit out of Tranquility Forest.

Hollywood hasn’t been the same since.

I would go even farther. In 1975, Jaws opened, showing the Hollywood establishment that people love to see drunken men comparing skin blemishes, and heartwarming, heroic stories about sharks getting their heads blown off by tanks of compressed air.

But let's examine Dr. Baehr's thesis that box office receipts correlate to a society's spiritual health. The top five grossing movies in 1976 were, in order:

2. To Fly! (documentary about the history of manned flight, clearly a sign that people love to slip the surly bonds of earth and touch the face of God, although would it kill the stewardess to hurry up with that drinks cart?)

3. A Star is Born (showing that people love to see Kris Kristofferson get high and ambiguously commit suicide)

4. All the President's Men (Hollywood's message that "the government was thoroughly corrupt," while phony, was clearly a crowd-pleaser)

5.  The Omen (People love heartwarming, heroic stories about the Anti-Christ)

1. Star Wars (Courage! Righteousness! Not quite as incesty as it later got!)

2.  Smokey and the Bandit (showing that people love to see shitty beer smuggled across state lines for immoral purposes)

3. Close Encounters of the Third Kind (This one might be a little dicy for Dr. Baehr, because it suggests that people -- who really aren't all that different from us -- live on other planets, so if any Christian denomination is actually correct, it's probably the Mormons. Interestingly, while our Bible doesn't mention aliens, their Bible does mention us; unfortunately -- it's a cookbook!


In recent years, the popular culture’s focus on heroes has led to a huge interest in bringing the renowned superheroes of the comic book world to the big screen. [...] This notion of sacrifice has become a frequent theme in many recent superhero stories, from SPIDER-MAN 2 to CAPTAIN AMERICA and THE GREEN LANTERN. In fact, one might say that sacrifice is in the very DNA of nearly all stories about superheroes and heroes.

Well, I sacrificed two hours of my life to Green Lantern, and it neither improved my harvest nor slew a tenth of my enemy's kine, so I was thinking about switching gods anyway.


As such, the theme of sacrifice is part of a narrative structure that reflects the “greatest story ever told” – the story of Jesus Christ’s birth, teaching, suffering, sacrifice, death, and resurrection. The whole structure may be outlined as follows: 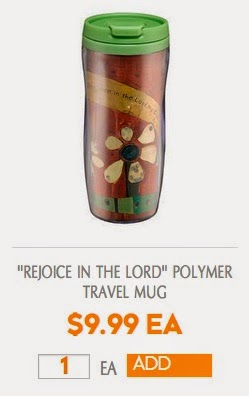 
In this way, therefore, Jesus Christ is the “Greatest Superhero of Them All,” ... So, while you’re enjoying THE AVENGERS this weekend with your family or friends (or anytime in the future, for that matter) please remember your “great God and Savior, Jesus Christ


And that Dazzler died for your sins* 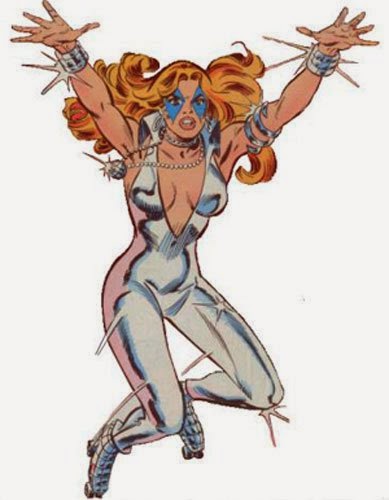 *Your sin being Disco, which you gave a papal dispensation to by seeing Saturday Night Fever instead of Star Wars for the seventh time. Now say three Hail Mary Marvels, and sin no more.

And please join me in wishing Heydave a very happy birthday!

UPDATE: I didn't want to overload this post with images, but since we're getting some bad Yelp reviews from South Africa, I guess I'd better stick with tradition and add a... 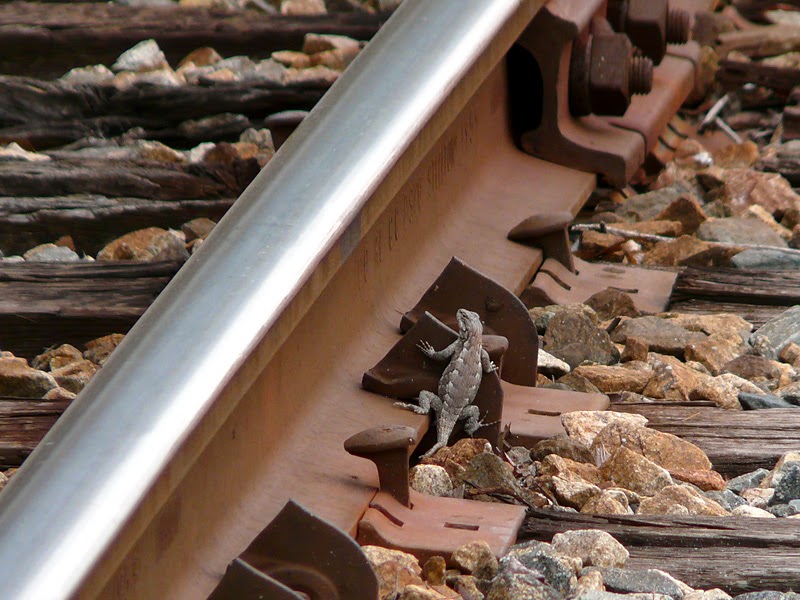 Happy birthday, Hey Dave. It's a state holiday here, so that shows you how much we admire you.

And nice work, Scott. I'm happy to know that with all this talk about new Batman movies and such, it's really Jesus that the kids want to see. In fact, I heard that in Star Wars ep 7 (A New Testement), the Ewoks all go to hell, and Jar-Jar dies for our sins.
So, in conclusion, Dave and Scott are cool.

A very happy birthday to Heydave!

This Baehr fellow seems to be missing a massive opportunity here. Jesus could team up with Zeus, Ganesh, Quetzalcoatl, Di-cang and Cybele, to form the Justice League of the Afterlife. Pity that Marvel's got all the Norse gods already.

That's a mean locomotive for HeyDave but my favorite is still the Santa Fa Super Chief.

Whoa Mr. Dave. That locomotive sure is bigger than mine!

You sure got some nice presents.

Hey Dave Happy Birthday, sweetie.
Is a mere female in a shiny set of almost-clothes supposed to be a substitute for a gorgeous SBL? Or, in your case,Dave, the Orient Express? I think not.
I should complain to management, if I were you, Dave, about your shoddy treatment birthday-blog-wise.
Better luck next year and all the ones after that.
Suezboo

Love that Art Deco locomotive! Just looking at it makes me feel so ... potent.

And to heck with Johnny-come-latelys like that Jesus guy: if I want to worship a resurrected superhero, I'm going old school and joining an Osiris cult. Although on second thought, maybe I ought to reconsider, since it seems like Tom Snyder has not only come back from the dead, he's gotten a doctorate.

Now I feel bad.
I had a Jewish mother and a Catholic father, did I need more guilt?
Hugs.
Suezboo

Can you help a fellow Reptilian who is down on his luck?

Happy Commencement Day, Heydave! How did it all begin -- emergence from the primordial Ice, from the head of Zeus, what?

We animal lovers rely on you to use your superpowers to stop that runaway Streamliner and pluck your birthday lizard out of harm's way!

BTW, Scott, I believe Spiderman's identity problems are his homo-octopodism, if we're going purely by limb-count, which might not be advisable, as squids may take offense.

L'il, yeah, I knew I was fudging my taxonomy, but I just love the way narrator Lyle Talbot spends the entire running time of Mesa of Lost Women bitching out "the hexapods!"

Suezee, this is a No Guilt Zone (even for someone with an impressive -- one might even say champion -- pedigree such as yours)! And we love you for keeping us honest; Wo'C is basically the Academy of Motion Picture Arts and Sciences, except for Birthday Lizards, and the awarding of the annual SBL should be treated with all due ceremony, integrity, and solemnity, or Price Waterhouse will get all up in our grill, and nobody wants that.

Thanks for all the nice wishes, kids! And you can rest assured that the locomotive is currently my desktop wallpaper. Until the next shiny thing comes along at least...

The lizard on the tracks takes me back to a previous life where I worked in the industry, becoming personal with rails, fasteners, joint bars (oooh!) ties and ballast. In all kinds of weather, science prevailed.

But if you see me wearing bib overalls these days, it's likely to be a crazy weekend evening and I don't do that anymore anyway since I got happily married, so shut up.

Thanks again, one and all!