I think Chairman Preibus is on to me. Recently, a group of rich and popular kids -- Kate Walsh, RNC Finance Director; Sara Armstrong, Chief Operating Officer; Press Secretary Kirsten Kukowski; and RNC Co-Chair, Sharon Day -- tendered rather sudden overtures of friendship, inviting me to eat lunch at their table in the cafeteria and hang out at the Cool Kids Only bench in the Quad. As grateful as I've been for these seemingly unprovoked attentions, I've been hesitant to return them, mostly because this is basically the plot of Mean Girls, and that didn't really turn out too well for anybody. Oh, Tina Fey is doing all right, I suppose, and Lizzy Caplan now regularly gets nude on premium cable and has simulated intercourse with Michael Sheen, so you can't say it's all bad; unfortunately, in this scenario, I'm Lindsay Lohan, so...Yeah.  I've been a bit cautious about opening up my heart, and particularly, my wallet.

And Reince has noticed. After resisting the seductive song of his executive suite sirens, Chairman Preibus has left me to the shrill vocalizations of RNC volunteer Diane Umbarger, perhaps to see if vinegar can succeed where honey has failed.

We haven't met, but I’m an RNC volunteer from Mooresville, NC.

Oh man. I'm about to get catfished so hard...


I’ve been coming out to volunteer for the RNC every weekend for the past few months, and I wanted to give you a quick update from the field.

"There's foxtails in mah socks, and chiggers in mah shins..."


You might think I'm crazy for giving up my free time to knock on doors and talk to voters, but I know it makes a difference.

Well, I think you're half right...

If this phrase isn't followed by Ms. Umbarger peeling off a rubbery human mask to reveal the reptilian face beneath, then my faith in self-diagnosed crazy people who visit your home uninvited at the behest of a creature they call "Reince" is going to be severely shaken.

One day, I was knocking on doors, talking to people about how much this election will change the course of our country.

They were stall doors in a men's restroom, and many of her more costive auditors were not receptive. Fortunately, it was the Minneapolis-St. Paul International Airport, so her speech did incite a certain amount of suggestive stance-widening.

And at one house I met a student who had never voted before. The RNC had given me the intel that he wasn't registered, and I was able to quickly register him and give him the info he needed to get to the voting booth in November.

"Unfortunately, he was nine, so legally I could only register him for a Community Water Safety class at the Rec Center Natatorium. But even though we want to drown Government in a bathtub, I don't think we feel the same way about our future voters, so I'm calling this one a bit fat win."


Another time I was door knocking

"And I interrupted a couple who were boot knocking. Sadly, they didn't seem very open to hearing about how this election will change the course of our country -- in fact, they were rather rude to me -- but happily, RNC intel indicated that they weren't married, so at least I made that slut waste one of her birth control pills for nothing."

I met an elderly couple that was frustrated about the direction of the country. They’d lost hope in their grandchildren’s future and didn’t see why their vote even mattered. I explained how important the Senate election is in North Carolina and put my RNC training to good use describing the gravity of the situation. Finally, they got it and agreed to turn out and vote in November!

"Admittedly, they vowed to 'vote the straight Democratic ticket' in the hopes it would make me 'chew my own tongue off,' but the story has a happy end, since they're Negroes, so I was able to report them for voter fraud."


This is exciting stuff!

Just keep telling yourself that, Diane.  You're good enough, you're smart enough, and doggone it, people like you to get off their porch.


Real people are turning out to vote Republican because of conversations with volunteers like me.

Well, you showed such grit and enthusiasm registering all those mannequins, Realdolls®, and Resusci-Annies, it was inevitable that your local Volunteer Coordinator would let you graduate, however tentatively, to Homo sapiens.


See you in the field!

Not if I see you first! 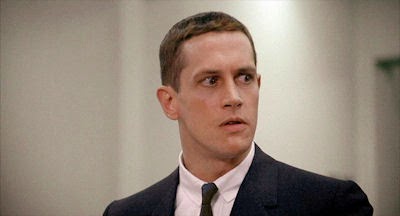