We're Gonna Run Out of Understudies

As Ivan says on these occasions when the Grim Reaper seems to toss aside his surgically-targeted scythe and just starts mowing down people en masse with a McCormick Threshing Machine, "Death, take a holiday!"  Play some chess. Get some sun. Just give it a rest, because this week has generally sucked, what with the suicide of Robin Williams, followed in quick succession by the natural but nonetheless regretted demise of Golden Age icon Lauren Bacall and B-movie fixture Ed Nelson.

Now I'm hearing that cynosure of Sixties television, and one of my favorite "I Know That Face" character actresses, Arlene Martel has passed on at the age of 78. At the moment there doesn't appear to be much in the way of online tributes, but I can't think of a better obituary than this 2012 appreciation of her life and work by our own Chris Vosburg.

Finally, on a less mortality-related note, I appeared as a Special Guest Villain in the gang-bang segment of Mike and Ike's new All Star Summer Jamboree podcast (better known as the ASSJAM), along with some rather funny and smart subject matter experts in the field of Geek studies. 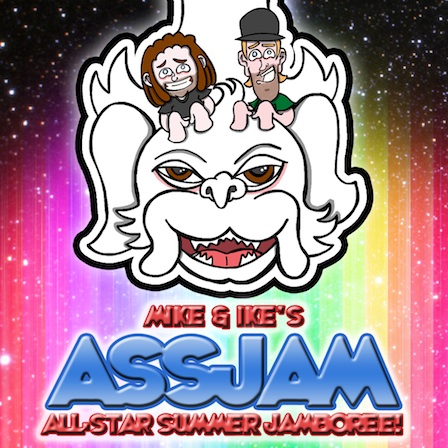 So if you have time to waste (I mean, besides the time you waste here) and this kind of thing is your kind of thing, please click and check it out.
Posted by Scott at 12:35 AM

Email ThisBlogThis!Share to TwitterShare to FacebookShare to Pinterest
Labels: Now a word from our sponsor, One of the Good Dead Ones

No kidding Death should cool it. ("Play some chess," heh heh.) Celebs are supposed to go in threes but now we're down four already & it's only Tuesday (for me).

Robin Williams is dead. Lauren Bacall is dead. Arlene Martel is dead. Rush Limbaugh is alive. Has the Grim Reaper no shame?

Prof Hubbard over at This Day In Science Fiction did a short post:

Thanks for the link, Zombie. And for name-dropping us over there.

Chess, or a game of badminton. Really: just knock it off! The world is a less classy place today, and not nearly as funny.