Thanks to Hank for the great exegesis of Hitler: Dead or Alive, which I previously thought was just an attempt to prove Schrödinger's famous thought experiment using this cat: 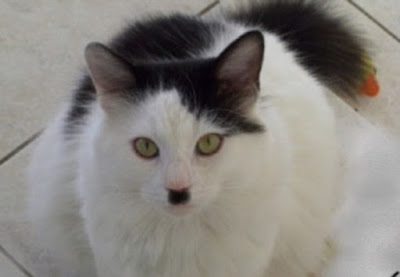 Although I'm still bummed by the discovery that Ward Bond, a guy I've enjoyed in small doses in various films was a member of Sam Wood's Motion Picture Alliance, if only because it reminds me of this strenuous defense of the Blacklist by Ben-Peter (the Twerp) Terpstra, who writes the way Ward Bond processes oxygen into CO2, which is to say, unsuccessfully.

But getting back to good writers: if you're read any of our friend Jim Donahue's film articles (you'll find a couple linked here), you'll know how well he qualifies for that encomium, and will be happy, as I was, to hear he's got a new piece out. From Page to Screen: The Two Faces of Dr. Lao is a fascinating study of how the dark, disturbing, and somewhat racist 1935 novel The Circus of Dr. Lao became the Technicolorful (and somewhat racist) 1964 George Pal pic, The 7 Faces of Dr. Lao.  Click on over to The Daily Grindhouse and check it out.

Meanwhile, back at Chez Crap, The Kitten Acclimatization continues, as Shadow tests her limits, both physically and intellectually: 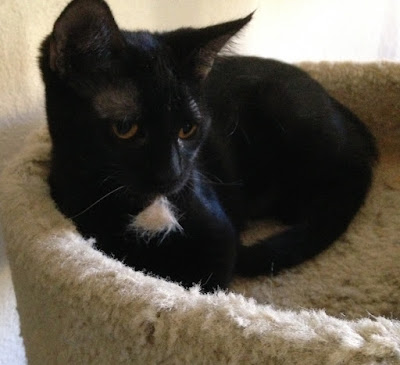 "Okay, so...I have a mouthful of Moondoggie's fur, and I'm not quite sure how to proceed. But in Auntie Mame, Rosalind Russell says 'Life's a banquet and most poor suckers are starving to death,' so I guess I should probably eat it." 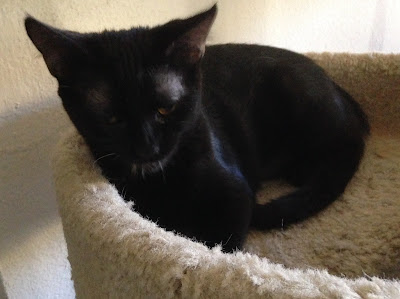 "Hm...You know what? Rosalind Russell is a damn liar."

But Shadow isn't the only one going through a period of adjustment...Moondoggie has done so much unaccustomed and uncharacteristic running in the past week that it's like somebody digitally inserted Garfield into the training montage from Chariots of Fire. 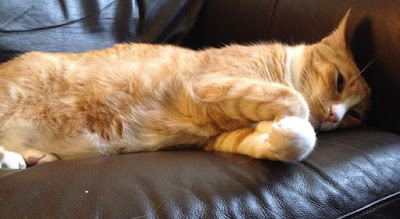 UPDATE:  Kathy asked the Big Questions: "But does Moondoggie wash Shadow's face? Do they shadow-box (oooo- a pun!)" to which I can only respond, "That's what she said," because that is, in fact, what she said. To take the questions in reverse order, however: yes they do, although it's conducted at a speed too fast for my poor camera phone. Shadow's favorite tactic is to slip under the bed and then bat and kick the dust ruffle until Moondoggie can't resist, and starts gingerly smacking it. Then she dives through the curtain and tackles him. The poor dope falls for it every time.

As for face washing, yep, that started the very first day they met: 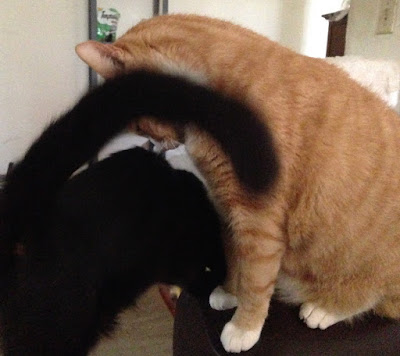 Nice dose of kitty love there.
I'll check out the movie fun next time "work" reaches that mouth full of fur stage in the office. Soon, likely.

But does Moondoggie wash Shadow's face? Do they shadow-box (oooo- a pun!)