LIAR AHMADINEJAD THIRSTS FOR FIRE
Iranian thug President Mahmoud Ahmadinejad said: “The bottom line is we do not need a bomb. The time for nuclear bombs has ended,” per AP.
Then is he going to wipe out Israel with a teaspoon?

The jawbone of an ass would be more traditional, although it’s not as handy if you suddenly need to eat soup.

Is he going to welcome back his adored Islamic messiah with fireflies?

I don’t know, but I have to wonder: how much do you really adore your Islamic messiah if you plan to greet him with nuclear weapons?  Have you thought about baking him a cake, or getting him a gift certificate to Chili’s?

In Dante’s Inferno, “Alchemists, Counterfeiters and Falsifiers of Words” are condemned to the Eighth Circle of Hell, where they are forced to wear the Persian President’s Flaming Pants, which perpetually burns their flesh away, and are uncomfortably snug in the crotch.

He champions peaceful uses of his nuclear plants while daily stapling his own citizens to misery and hopelessness. 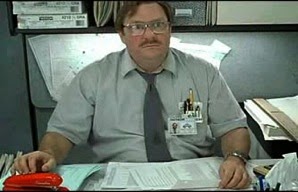 Why are there Iranians in exile who constantly warn the free world of Ahmadinejad’s madness? They do so for they have suffered first-hand from his clones and himself. 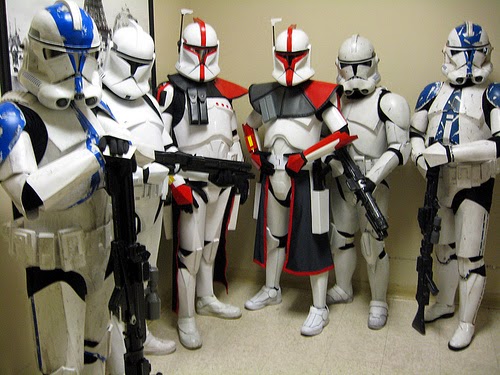 Members of the Iranian Parliment Subcommittee on Pensions and Tax Policy.

Ahmadinejad is surrounded in his executive suites by his satanic cronies.  They are murderers, rapists and stealers, like unto their fiendish prophet Mohammed.

Talk about union featherbedding!  Why, back during the Bush Administration, we had one guy to handle all three of those jobs!  (In the interests of full disclosure we should point out that Dick Cheney seems to have outsourced the rape to private contractors, but we should also note that his cybernetic life support implants aren’t nearly as fancy or efficient as Darth Vader’s — so he can’t be hands-on about everything.  Still, his pulseless, electrically-driven, frequently reanimated body is pretty versatile; for instance, after John Kerry conceded the Presidential election in 2004, Cheney celebrated by drinking three Amstel Lights and farting the Imperial March.)

Therefore, when Ahmadinejad courts the UN audience with promises of laying down his bombs for picking up peace doves, he lies superbly.

I am, as you know, a huge fan of the pastor’s work, but the line “laying down his bombs for picking up peace doves” strikes me as particularly poetic, like a Pete Seegar song written by Latka Gravas.

Yet Ahmadinejad and his clique are far more frightening. They lie in order to gain time to construct the final bomb. They smile while delivering hope-filled speeches about peace, all the while craftily scheming the planet’s last hour. 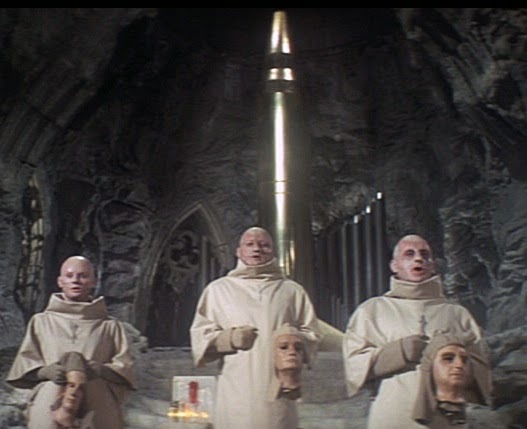 I’m also a bit worried for him.  The pastor’s not a young man anymore, and he really needs to stop watching James Franciscus films and eating Mexican food just before bed.  Or at least limit himself to The Valley of Gwangi and just one Fresco Bean Supreme.

Ahmadinejad is so married to his messiah’s return that he has spent millions in erecting edifices in the messiah’s honor.

While Pastor Swank’s congregation, the New Hope Church of Wyndham, Maine, meets on a couch (although it can get a little crowded during Easter services, and sometimes the choir has to sit on the ottoman).

Muslims believe in the second coming. They hold to that tenet with all their longings. They say that the messiah left the planet at age 5, only someday to come back when the globe’s surface is on fire.
With the Islamic messiah’s return, Islam World Rule will be secured.

So they’re going to pick up the planet cheap at a fire sale.  Smart.

In contrast, this is the biblical Christians’ hope:  Jesus followers hold to a second coming of Christ.
The Bible states that Christ Himself forecast His own return to His property, planet Earth.

Unfortunately, much like William Rehnquist’s two homes, there’s a covenant in Earth’s deed prohibiting the sale or transfer to “‘members of the Hebrew race.”  Sorry, Jesus.  Should’a read the fine print.

Christ stated that He would return when the world was caught up in wars and rumors of wars, famines, the increase of sin,family members increasingly taunting one another, persecution of Christians, pestilence, earthquakes, and the gospel preached globally.

If my little sister’s brattiness wasn’t enough to bring on the Apocalypse, I’m beginning to think the Book of Revelations may not be 100% accurate.

Christ stated in Matthew 24:29-31 that His rapturing (“gathering together unto Him”) of the believers from the four corners of the planet would coincide with His open appearance in the atmostphere above the planet. “Messiah One, this is Houston Capcom…You are cleared for re-entry.”
Posted by Scott at 12:00 AM

And ate another newborn infant.
~

"sometimes the choir has to sit on the ottoman"