Today is the natal anniversary of Suezboo (pronounced Suzy Boo), South African Ambassador to the Court of Crap, and easily the nicest person we know south of the 30th Parallel.  Suez's been livening things up around here for many years, with comments full of good natured charm, wry humor, and interesting factoids about the people clinging to the bottom of the globe. For instance, did you know that South Africa is the Cradle of Humanity, site of some of the oldest hominin fossils on earth, but they didn't get television until the mid-70s, presumably when some Australopithecus africanus touched a monolith, then tossed a bone into the air and it turned into the spaceship from It's About Time?

Anyway, it falls to me to hire the birthday clown, and personally I think there's nothing funnier than a wingnut trying and failing to be funny. So this year's Harlequin is Jack Cashill, scourge of Barack Obama, and author of various books and conspiracy theories (e.g., Bill Ayers actually wrote everything with Obama's name on it -- his autobiographies, law review articles, midterm papers, and a note excusing him from gym class). Cashill was once a semi-respectable journalist, but was eventually laughed out of the profession, and came to the mistaken conclusion that they were laughing with him, not at him, so now we have to suffer through his stand-up act.

Ladies and gentlemen, the Dayton Funny Bone is proud to present the comic stylings of Jack Cashill!

(Scattered applause. Desultory glass clinking. A voice shouts from the foyer, "Will the owner of a white Toyota Camry please move your car? You're parked in the loading zone...") 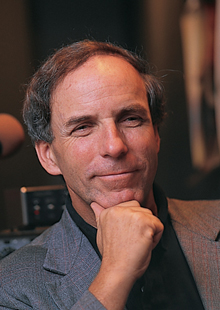 A pensive squint that seems to say, "Hmmm...is there any way I could be more of a smarmy douchebag...?

The twist is that he performs it in blackface, like a minstrel show.


With all due to respect to America’s best comedian, Jeff Foxworthy:

Larry the Cable Guy, suffused with Iago-like jealousy, lies in ambush for Jeff in a dark alley in Branson...

But let's not let things get ugly this early in Jack's set. I think we can all agree that Jeff Foxworthy is probably Little America's best comedian, although I can't prove that since it was last seen drifting away on an iceberg.


If you went to the local adoption agency and asked for a gay baby, you just might be a liberal.

Is it too late to book Andrew Dice Clay...?


If you have ever walked around campus with a mattress on your back, you just might be a liberal.

Or you might be a rape victim demanding justice. For more of Jack's cutting edge observational humor, catch him in Russell Simmons' Tone Def Comedy Jam.


If you dumped a glass of water on your brother-in-law when he referred to Elizabeth Warren as “Pocahontas,” you just might be a liberal.

Or you might just be a klutz. If you dump a slushie on him, you just might be one of the mean kids from Glee; however, if it's champagne, there's a good chance you're Anne Bancroft in The Turning Point.

But if you're a lesbian who hates men, you're a conservative! Wait... I don't get this one. What if I'm a straight man, but I like women, does that make me a liberal? What if I also like men -- not sexually, just, you know, in a Will Rogers kind of way --- that would make me, what? A Rockefeller Republican?  A Scoop Jackson Democrat? A Jimmy Buffett Parrothead?


If you gave a standing O to “Book of Mormon” on Broadway, but denounced the video trailer for “Innocence of Muslims” as “disgusting and reprehensible,” you just might be a liberal, or, in fact, Hillary Clinton.

Or you might be able to tell the difference between a Broadway musical comedy and racist propaganda. ("You know, I enjoyed The Pajama Game all right, but I didn't walk out humming the way I did with The Eternal Jew...")


If you’ve desperately combed through your address file looking for a black person to invite to your daughter’s wedding, you are almost surely a liberal.

Not that Jack would know, since apparently he's never seen a liberal outside an episode of Soap.

I don't think my knee can take much more of this slapping.


If the name “Frank Marshall Davis” doesn’t ring a bell, you just might be a liberal.

Or you might be moderate who isn't as conversant with pre-War poetry as you ought to be. Or you might be a conservative who somehow, inexplicably, hasn't read Jack's theories about how Obama's real father was "Frank Marshall Davis", and his mother only pretended to have been impregnated by the man she married in order to make it easier for wingnuts to prove her son was an illegal alien. Q.E.D.


If you’ve ever actually said the word “meme” out loud, you just might be a liberal.

Or someone showed you the Internet once.


If you work for Planned Parenthood and have a “Black Lives Matter” bumper sticker on your car, you are definitely a liberal.

Embryos must not be tampered with! But once a dude hits his 30th trimester, he's fair game.


If you scrunch up your face and wave your hand in front of your nose when you pass a smoker, you just might be a liberal.

Or you just might have allergies. Or asthma. Or a rudimentary sense of smell...


If you don’t even know anyone with more than two children, you just might be a liberal.

And damn lucky. However, if you do know someone with more than two kids, you might want to count them. If it turns out they're the Duggars, you probably want to lock up your kids...


If, on those rare occasions you think about God, you think of Him as her, you just might be a liberal.

Jack, a message came in from God while you were out. He said other people manage to pray to Him without obsessing about whether He has a penis or not, and he'd like you to stop now, because it's getting creepy.


If you have ever attended a candlelight vigil to protest something that proved to be a hoax, you just might be a liberal.

Jack's right. We had a long talk about this in the Wal-Mart parking lot, where a big group of us were jumping up and down, trying to collapse the Jade Helm 15 tunnels.


If you have used the word “undocumented” as something other than a punch line for a joke, you just might be a liberal.

And maybe you shouldn't even use it in a joke, because as punchlines go, it's no "that's what she said."


If the only kind of gun you allow in your house is for caulking, you just might be a liberal.

But don't panic. You might just be Bob Vila.


If you don’t flinch at least just a little bit when a man introduces another man as his “husband,” you just might be a liberal.

Or maybe you're just not as easily startled as Jack. You should seem him when a car backfires! Takes off like a scalded cat...


If you’ve ever watched a war movie and rooted for the other guys, you just might be a liberal.

Or a conservative Clint Eastwood fan banging his head in confusion after a screening of Letters From Iwo Jima.


If you send your kid to an urban public high school that calls itself an “academy,” you just might be a liberal.

If you send your kid to an urban public high school that doesn’t call itself an “academy,” you surely are a liberal.

Okayyyy...I don't get it. Anyone know what he's talking about?


If you laugh at people who protest embryonic stem-cell research but refuse to eat GMOs, you just might be a liberal.

However, if you eat both GMOs and embryonic stem-cells, then you're probably a character in Ridley Scott's sci-fi adaptation of A Modest Proposal.

Well, Jack's getting a light, but he refuses to yield the stage ("If you’ve already scolded your neighbor for calling Bruce Jenner “Bruce Jenner”...If you have Michael Brown’s birthday marked off in your date book...") for his peeves are legion, stretching from the existence of compost piles, to the movie Selma, to people who "insist on pronouncing Nicaragua correctly", so let's just wrap it up here, shall we? I don't know about you, but after too much Cashill and not enough booze, I can really use a...Sexy Birthday Lizard! 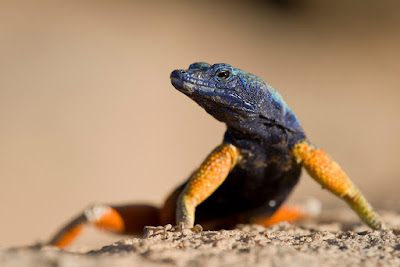 A Cape Flat Lizard seems appropriate to the occasion.

Please join me in wishing Suzeboo the happiest of birthdays. And if you didn't find any of Jack's jokes funny, you just might not be an asshole.

UPDATE: Suez rightly points out that I neglected to add the traditional Golden Age Hollywood beef-(or cheese-) cake, so allow me to make amends by offering this photo of Silent Era Mexican heartthrob Ramon Navarro in Ben Hur (1926). 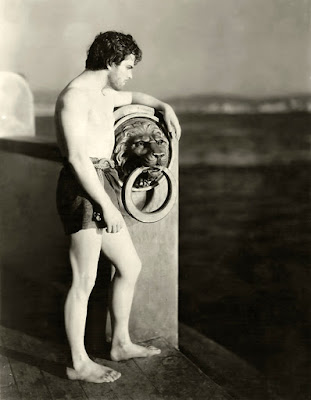 And no, I didn't laugh at Jack's jokes. Just at the concept of conservative humor.
~

easily the nicest person we know south of the 30th Parallel
Well, smut & Kiwi aren't that high a bar, & are probably at a bar. (Now that's a joke!)

Oh you're right, crap! I forgot about the Antipodeans!

Okay, let me amend that to say there's just something about the Southern Hemisphere that seems to produce nicer people than we have here. Maybe we've been flushing our toilets the wrong direction.

Aw, Scott, thanks for the indigenous SBL - he's lovely. And thank you for getting me a Clown - it's the thought that counts, dear.
Thanks all for the good wishes, Dave twice even, it warms the cockles of my tired old heart.
Suezboo

Speaking of cockle-warming, when did we discontinue the birthday practice of Sexy Birthday Cheesecake/Beefcake? Could use a partly-disrobed specimen of fine manhood about now (Not hairy).
Just saying.Not complaining at all.
Suezboo

Try the veal. And don't forget to tip your waiter!

My apologies, Suezboo. I've updated the post with what I hope is some suitable birthday beefcake.

I'm sure Charlton Heston wouldn't be seen dead in so few clothes ! So thank you, sweetie, for the oldtimey Ben Hur. Mwah.
Suezboo

Late to the party (it's been one of those weeks) but happy birthday and best wishes of extraordinary magnitude, suezboo!

If the only kind of gun you allow in your house is for caulking, you just might be a liberal.

And still a parent.