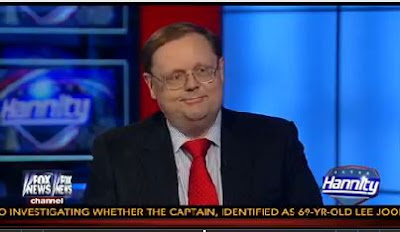 Todd Starnes, Fox News Radio squeeze toy and the most Dick Van Patten looking mofo since the death of Dick Van Patten, is in a snit about the impending dearth of Confederate tchotchkes, and you can kind of understand his concern, since there's only thirty-one shopping days till Treason Season.


The Cultural Cleansing of the Southern States Begins

A full-fledged cultural cleansing of the Southern states is underway as lawmakers debate whether to remove Confederate flags and rename schools and parks named after Confederate war heroes.

I hope we have enough Old Dutch Culture Cleanser® on hand. Although I bet we actually don't, since we seemed to have culturally cleansed the Old Dutch -- at least I assume that's the reason I can no longer walk down to the windmill-shaped corner bakery for a delicious Van de Kamp's coffee cake.


There are also discussions in Washington, D.C. about removing Confederate-related statues from the U.S. Capitol — including a statue of Jefferson Davis, the former president of the Confederacy.

Okay, why do we even have a statue of an enemy head of state in the U.S. Capitol? The only possible excuse would be if the statue were actually hollow, and if you pressed his waistcoat buttons in the correct order a secret passage would pop open, leading to a hidden chamber full of Confederate gold. (Attention Producers of the National Treasure franchise: call me.)


Republicans, meanwhile, are leading the charge in South Carolina and Mississippi to remove the Confederate flag — called a symbol of hate and racism.

Which is a totally unfair thing for the passive voice to call it. True, white men rallied under that banner and killed other men for the right to own black people, but slavery was so much more than just hate and racism. It was also torture and rape, so let's give Dixie its due.


Has the Department of Homeland Security classified the Sons and Daughters of the Confederacy as right-wing hate groups, yet?


Meanwhile, there are dozens of reports from around the southeast of lawmakers hoping to rename parks and schools and streets that were originally named in honor of Confederates.


*Tennessee lawmakers are demanding that a bust of Nathan Bedford Forrest be removed from the statehouse;

Given that Nathan Bedford Forrest was a slave trader, war criminal, and -- as the Grand Wizard of the Ku Klux Klan -- a domestic terrorist, perhaps they could exhume his mouldering corpse and replace the bust with his actual head; that would probably satisfy everyone.  Or better yet, increase Bedford's visibility and finally pay him the honor he's due by sticking his pointy brain case on a pole outside the statehouse. Better late than never.

Actually, I bet the Yalies beat us to it and his head's sitting on a shelf in the Skull and Bones clubhouse between Martin Van Buren and Pancho Villa.

Can't imagine why a majority Black city would be unenthusiastic about honoring a slave-owning traitor who spilled an ocean of blood to keep their ancestors in chains. Maybe they could compromise and just pretend the whole thing was named after a Korean guy.

Hopefully they'll keep up the tradition, though, and name it after some other officer who was fragged by his own men.


*St. Louis lawmakers are debating over the future of a confederate statue in a city park;

Lawmakers debating. It's like we're watching the death of democracy in real time.


*Commissioners in Hillsborough, North Carolina are debating whether to remove the words “Confederate Memorial” from a Confederate memorial.

It's not their fault. The FDA issued new regulations, and now anything labeled "Confederate Memorial" has to contain a minimum of "10% Real Confederates." And no added sugar.

Forrest again? Surely we could spread the wealth and name the grassy places where we take our children to play after some of our nation's other proto-Nazi massacre mavens?


It won’t be too long before they start renaming cities and towns and counties named after Confederates. And I reckon it’s only a matter of time before they bulldoze the Confederate grave yards and war memorials too.

Actually, we should probably leave the graveyards intact, but build tract homes on top of them, thereby setting up the next sequel in the Poltergeist franchise. This is America, people! Let's not leave money on the table...


Maybe we can just pretend the Civil War never happened.

Or maybe you can finally admit that it did, and you guys lost.


I’m assuming Hollywood will cooperate with the South’s cultural cleansing by eradicating any copies of “Gone with the Wind” and “Forrest Gump.” Forrest was named after the aforementioned Nathan Bedford Forrest.

Okay, you actually make a good point here. I don't want moviegoers to forget, even for a moment, that one of cinema's premier morons was descended from Nathan Bedford Forrest.


I do wonder, though, about those good ole boys from Hazzard County. What are Bo and Luke Duke are going to do with the General Lee?

Apparently use it to promote an app for used car listings.


Maybe they could just paint a rainbow flag on top and call it the General Sherman.

He culturally cleansed the South, too.

Yep. He gayed that place to a cinder.
Posted by Scott at 1:15 AM

And if General Sherman had been more thorough, we wouldn't be putting up with the bullshit from confederate sympathizers today. As far as I'm concerned, he should have kept freeing slaves and burning every slave owning city, town, plantation, farm and home until there weren't any left. I realize he had only the one army, but I'm willing to say he should have kept at it for twenty thirty or forty years until the job was done.

Yes, once we started looking around, we noticed how ubiquitous and iniquitous Confederate symbolism is in these United States. Reconstruction? Ha!

Damn, the Muppets are getting more and more lifelike, aren't they?

Maybe they could just paint a rainbow flag on top and call it the General Sherman.

Todd actually has a good idea!
~

Speaking as a Southern boy, I say screw the Old Dutch Culture Cleanser: This is a job for industrial-strength Oxyclean!

Rename the streets and schools, for sure. But I think the statues ought to be left where they are, just not maintained. Let 'em get covered with graffiti and buried under a mound of pigeon droppings and garbage.

Still, just like truck nuts -- which, when swinging from a trailer hitch, clearly signify there's a major prick at the wheel -- I can see private displays of the Confederate flag continuing to serve a useful purpose as a quick, handy identifier for racist morons.

Y'know, the strength of feeling expressed in different commentariats (Charlie Pierce's for instance, and some here too, witness the energetic comments just above) against neo-Confederateism, the omnipresence of the Stars & Bars, "preserve our Heritage" victimism, and all the rest of the vast Southern-Stretegy kaleidoscope of excuses, rationalizations, and obfuscations -- the strength of feeling, I repeat, indicates to me what I've thought for many years, that the Civil War never ended, that we continue to fight it.

The regional unease and resentment and dislike is alive and active. The current US political gridlock and polarization is an expression of it. There was a long semi-hiatus when it was muted by 2 world wars and a cold war, during much of which popular culture saw "Dixie" through very purposely-rosetinted spectacles, and accepted the narrative of cheerful, musically gifted black folk willing to take their subservient place in general American life.

Watch movies of the 30s and 40s. Listen to the pop music. There was a tradition of unwillingness to look squarely at the history, or to face the reality of Jim Crow. Some of the blindness was just plain ignorance. There were large areas of the country whee there were no non-white people; you could live your whole life in a fair-sized Midwestern town and never meet any non-Caucasian, or hear about non-Caucasians. The hideous lynchings in the inter-war years trembled just at the surface of the overall national awareness; simultaneously the KKK had active chapters in (for instance0 southern New Jersey.

I believe Southern traditionalists - to use a neutral word - cling to the symbols and narratives of the Cause, the glorious Struggle, the Sacred Heroes, as they see them, of the Civil War, all the park and town and street names, the statues, the anniversaries, the memorials - in part as a way to dignify the position their part of the country took about a terrible institution that was also its economic lifeblood.

At a deep level, I think the old Confederates knew, really knew, they were wrong. But they didn't know how to change it; they were terrified of changing it. (If you read some of Thomas Jefferson's writing on the subject, he makes the dilemma agonizingly clear. Torment would be a better word than dilemma.) In such circumstances, human beings construct vast structures of self-justification and face-saving theories. Which is what is still going on.

Of course, god forgive that is righteous types should ever marvel at silly shit, lime old feuds between Sunny and Shia tribes or some other nonsense. We must pay respect to representatives of toilet back flush like the gray confederacy while we solemn or selected roots. Dickwads...

Whoohoo! I'm headed out for a triumphant round of replacing confederate flags with rainbow flags. While I'm out giving idiots a sad, please suggest gay names for for municipal parks and monuments. Like "Into It Park" with a statue of Plato.

So, I know it's easy to go a bit too far when celebrating Pride Weekend, but please remember to designate a tweeter before you start in on the Schadenfreude champagne, and to often take breaks to view images of very happy gay people getting married.

Hey - what's with the rational, well thought out comment? Did you forget where you were?


I don't know what came over me, Scripto (if it's me you mean). On with the rainbow flags!

Tell you what, though - there are some fine examples out there of public sculpture, of a kind nobody does now, and from an artistic POV I'd hate to see them get the total heave-ho because of whom they portray or what they refer to. The Spanish-American War was a low point in our history, but there's a statue honoring local veterans in my town that is quite beautiful. We have a bunch of Revolutionary history in this neck of the woods, and a new statue about Washington's stay here was put up on the town green some years back. It's embarrassingly incompetent artistically, but I can only assume the town couldn't find a sculptor who knew how to do such a thing.

Heydave, you're speaking in tongues again! What are you using, a Kindle?
Actually I sorta like how it came out -- sort of a Dali-esque flair to it.

A full-fledged cultural cleansing of the Southern states is underway

So you kinda had to be put in chains and have the Rebellious nature of your kind whipped out of you...