If Only That Mustache Would Secede From Your Lip 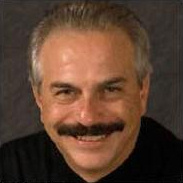 Looks like WorldNetDaily editor and bacon-strip-on-a-lip model Joseph Farah has discovered the plot by treason entrepreneur Douglas MacKinnon to take the few remaining manly states, stuff them in his marbles bag, and go home.


I haven’t yet heard anyone ask this question.

"Assuming you had enough raw materials, could you make a leather jacket out of human foreskins? I'm asking for a friend."


So let me put it out there on the table for discussion.

Will a U.S. Supreme Court decision declaring “same-sex marriage” a “right” warrant secession by some state willing and eager to reclaim America’s Judeo-Christian heritage and foundation?

And if no one state is anti-gay enough, perhaps various bigot-majority jurisdictions could unite to form a new state, dedicated to the proposition that Adam and Steve shall not be permitted to buy a tiered cake and rent cummerbunds from Tuxedo Junction. We can call it OklaNoHomo.

As inevitable as death, taxes, and your weekly application of Just For Men mustache dye (pro-tip: maybe you don't really need two coats...).


The fix is in. Two members of the Supreme Court have personally officiated at same-sex “marriages.” I count three solid votes against it. The chances of reaching five are somewhere between slim and none.

That's rather hard-boiled language for a civil rights case. I can't tell whether the Supreme Court is deciding if marriage equality is a constitutional imperative, or trying to figure out which crooked racetrack tout is doping the ponies at Aqueduct.


I’ve heard some chatter about civil disobedience. That’s all well and good. But I don’t see much in the way of serious organization taking place.

I'm not sure how civil disobedience would even work in this case, Joe. I mean, during Jim Crow, Black people could defy an unjust law by refusing to move to the back of the bus, or by staging a sit-in at the Woolworth lunch counter, but you guys weren't going to get gay married anyway, so what's left to boycott? You're going to have to walk around with an explanatory sandwich board that reads, "I Was Actually Never Going to Get Gay Married, But Now I'm Not Doing It As a Matter of Principle."


What I do see is a lot of grass-roots concern. I know there are millions of Christians, Jews and others who would pull up stakes and move to another country that honored the institution of marriage as it was designed by God – a union between one man and one woman.

Well, the Jews missed out on the Oklahoma Land Rush, so I'm sure they'll appreciate the do-over.  By the way, has anyone ever reported the design flaws in heterosexual marriage to God? I realize that's like telling Jonny Ive you don't like the new iPhone, but I really think a lot of these problems could have been addressed in the design and testing phase if He'd just had a larger sample size than Adam and Eve.  Anyway, can somebody get on that? I'd submit a ticket to the Help Desk myself, but I added some after-market modifications to my marriage that I'm told voided the warranty.


As Jesus said it: “For this cause shall a man leave father and mother, and shall cleave to his wife: and they twain shall be one flesh.”


Is there one state in 50 that would not only defy the coming abomination, but secede in response? The rewards could be great. I would certainly consider relocating. How about you?

No, but I'll help you pack.


The founders of this country found a place of refuge in America and shaped it into the greatest self-governing nation in the history of world. Just think what one state could do if it simply stuck to the principles that made this country great? Americans wouldn’t have to cross an ocean to rediscover what brought most of our ancestors here. We could simply drive.

That might prove tough if the one state willing to secede over marriage equality was Hawaii (you might want to over-inflate your tires, just to be safe). Alaska seems more likely, but that's still a harsh and rugged drive. On the bright side, you could probably get a reality show out of it: "Ice Road Bigots! Tuesdays on Discovery."


Are any states so inclined?

Yeah, c'mon guys, who wants to be the test market for the Confederate equivalent of New Coke? I'll sure it'll work out great.


I haven’t heard this question raised by anyone else. So I’m raising it.

Really, Joe? Rick Perry has raised it. I know you're a bit of a glory hog, but you can't take credit for every stupid idea in the world. It's just not realistic.


We don’t have much time before the nine high priests in black robes decide to follow Baal instead of the One True God of Abraham, Isaac and Jacob.

If anything would put me off devil-worship, it's the idea of sex magick rituals involving a nude Antonin Scalia.


We need a Promised Land. We need an Exodus strategy.

You absolutely do. But remember, between the Exodus and the Promised Land comes forty years in the desert. So! Who's got the Sea & Ski and the camping toilet...?


If not a state, are there any nations in the world interested in a pilgrimage by millions of Americans?

I suspect most nations of the world have learned from the Native Americans' prior experience with pilgrims.  "No Vacancy, guys! Sorry!"

"Is it possible to make foreskin suede? I'm asking for another friend..."


Maybe you ask: “Farah, why is this such a big deal for you? Will it really make a difference in the way you live?”

"Or are you just still bitter about the break-up of your marriage to Lee Majors?"


There’s almost nothing bigger than this that I can think of – though the Supreme Court’s ruling that abortion on demand was a “right” was certainly a contender. That one was something of a surprise. It caught the population off guard. They weren’t expecting it or thinking about it much beforehand. It took years for it to sink in – and we’ve paid a horrific price as a people for it for 42 years.


So here’s the question: Do you want to live in a nation that defines marriage as a union of any two people of any gender?

Well, I wouldn't say any two people -- that sounds a little random -- I'd prefer two specific people, who know each other and what they're getting into. Otherwise it gives marriage kind of a Shirley Jackson feel.


Do you think that will be the end of the story?

It is in fairy tales. (Okay, except maybe for Into the Woods...)

Wingnuts seem convinced we're all panting to get gay marriage out of the way so we can move on to our true goal: polygamy. Maybe this is true, I haven't taken a poll or anything, but it's really not on my bucket list. For one thing, our bed is kind of cramped as it is, especially if Moondoggie sneaks in between the two of us, so any sister wives or brother husbands would require us to start sleeping in shifts, and then I'd have to learn Excel or Microsoft Project just to keep things organized.  And for another, I can barely maintain possession of the remote control as it is.  If it was two or three against one, I could just forget about watching Cinemax After Dark ever again! Goodbye, Naked in Space! Farewell, Atomic Hotel Erotica! Yeah, it's been fun, but it's a lifetime of Lifetime for me now!  GAH!

Polygamy! Just think! Someone else to clean out the rain gutters and take away that extra cardboard stuff in the garage! Someone to load or un-load the dishwasher now and then! Maybe make a cup of coffee.

If my husband wants another wife, I'd be thrilled so long as she can cook. And he told me he'd be OK with my marrying our handyman who fixed all sorts of things.

Katy, your spouse sounds like a truly Right Guy. I wish all 2, 3, 4 or more of you Happy Housekeeping!

FuzzyLipped Joe's post is the equivalent of the all-hat-no-cattle puffing and strutting that many women get to know from encounters with a certain type of man. Joe's asserting his similarity to Moses and Sam Adams rather than going on about his portfolio and his Porsche, but the purpose is the same: you (the date or the audience) are supposed to open your eyes real wide and breathe, "Wow!"

Hey, you've got to stand in awe of a guy who's willing to sew two woolly bear caterpillars together end-to-end and stick them on his upper lip.

If not a state, are there any nations in the world interested in a pilgrimage by millions of Americans?

OMG, these guys have been yelling "Why don't you go to Russia commie!" at me for close on to 50 years, and now I can yell it back! Or have a look at the list. I hear the weather in Uganda can be lovely.

Shirley someone can do something regarding this heinous cruelty to animals???
~

So let me get this right. Halfwit Joe has long been convinced that abortion is an evil thing that murders children, but when thinking about Supreme Court decisions, he is so squicked out by the notion of two dudes kissing that Roe is only a "contender" on his Important Issues list? If he actually means that, it's time to reconsider his priorities. Last I looked, gay marriage didn't kill anyone. Hell, it mostly doesn't even lead to more gay sex. Just more arguing over the remote like any other marriage. (Maybe faster since a lot of us have been living together for decades before we were allowed to marry. I suppose it's possible gay-elbowing-each-other-because-you-both-snore-and-won't-admit-it makes Baby Jesus just as sad as constant gay sex, but it seems unlikely.

Anyway, why the hell *not* polyamory? My partner and our much-missed third and I spent quite a few happy years together. Our third's death, with a complete lack of legal ties, made a horrible situation even worse. I can see that it could get unwieldy as the numbers go up and some complicated laws would have to be in place. But if we can make corporate mergers and acquisitions into so efficient an industry as to to threaten the global economy, we can probably come up with some contract law for three people married.

Either way, nobody on earth seems to have any interest in pushing poly marriage, probably because they don't want to get into stupid arguments with anti-equality idiots going "Hur hur, then what if EVERY GUY MARRIES EVERY GIRL, WHAT THEN WISE GUY?"

Understandable, but, yeah, what actually is wrong with a three way marriage? It's not for everybody, but neither is straight marriage.