Happy Birthday Fearguth! I Got You a Rack O' Roth!

As the title implies, today is the natal anniversary of long time (and I mean looooong time) Crapper, Fearguth. As those who follow him on Facebook and Twitter (where he uses his real name, although I'm not sure if he's out and proud here, so I'll just call him...Um..."John"...) know, "John" is a witty, irreverent, politically astute elder statesman with a voracious hunger for, and startlingly vast experience of, all kinds of live music.  To the point where I'd love to see him meet one of those types who, whenever a band is brought up, always have to say, "Oh I saw them play a dive bar before they even had a record deal," because I'm willing to bet, Mr. Hypothetical Jerk I Just Made Up, that "John" not only saw them live before you saw them live, he probably saw them live before you were alive.

And now that I've asserted my dominance over a straw man in proper Trumpian fashion, there's the little matter of "John's" gift.  Or actually, "John's" "gift."  And speaking of Trump, here's "Dr." Laurie Roth, who in addition to being a frequent, if unwilling and probably unwitting visitor to Wo'C (see here, here, here, here, here, etc.) is also a former disco-era recording artist, a former Presidential candidate, and the former "Annie Oakley of the airwaves" who hosted a radio talk show while, I presume, shooting lit cigarettes out of the mouths of carnies.

RenewAmerica, where Dr. Roth has been hanging her shingle the past few years is, like American Thinker and World Net Daily and even the staid Townhall, in the midst of a Hatfield and McCoys-style feud between those who believe Donald Trump's ascendance will lead to the Republican Party destroying itself from within, and those who believe the GOP will survive long enough to kill the rest of us first. So unlike most election years, in which we must hold our nose and vote for the lesser of two evils, this time we as a nation have a choice between suicide, and murder-suicide.

Though it has been nearly 70 years since the GOP has had a brokered convention, the establishment is leaking and screaming that they may do just that.

Well, if the establishment is both leaking and screaming then we'll need two Poise pads -- one to use as a panty liner, and one as a gag.

...So, the brokered convention rumors are pushed on the people like a deadly octopus intending to squeeze the voice and freedom out of the GOP voters.

I don't know if you've ever had the freedom squeezed out of you by a rumor, but take it from me, it's no picnic. The last time it happened it left embarrassing sucker marks all over my scuttlebutt.

Magically, the desperate establishment pulls their sterile and "dead to the world" trump card out of the hat – Mitt Romney.

But we have the fecund and "brain dead to the world" actual Trump, which beats Romney's trump card, even though -- being a Mormon -- he has a full house, because we're liberals and control the media, so we have a Fuller House, streaming now on Netflix.

You know, the one who Trump endorsed back in 2012 when he was running for president. Many millions have heard the speech of Romney thanking and complimenting Trump.

How, the "Judas" trail turns from support to betrayal and lies.

I hiked the Judas trail once. Not nearly as much trim as you get on the Appalachian Trail, but I took a metal detector with me and made like 30 bucks!


We have watched the pretend "non interest of a run" by Mitt Romney if Trump prevails. Suddenly, he is acting if there is a brokered convention and no other option to get rid of Trump, Mitt would comply as a candidate.

Mitt has to be careful about another run, because if he fails again he'd be a three time loser, which under current sentencing guidelines would make him eligible for the death penalty.  (Although if I were an orthodox Mormon, I'd be totally down for that, because why run for President of one puny country when you can die and they hand you the pink slip to an entire planet? Forget checks and balances, I would totally go Thanos the Mad Titan on their asses the instant I stepped off the space ship...)

He will throw himself under the GOP bus and reluctantly become a presidential candidate.

Well, that'll make for a refreshingly brief campaign season.  "If nominated, I will not run, but I will get run over."

Aren't you all shocked?

After 13 years of reading RenewAmerica it takes a lot more than your fever dreams and fractured syntax, sister.


sorry, my bad, I meant stiff- Mitt Romney, but they are.

It's 2016! Every potential President gets his own dick joke!


So, assuming Trump wins most of the delegates and his dreaded supporters build to millions more and the GOP pulls a brokered convention? What will the majority of people and Trump do?

I think the real question here is, what will the giant, tentacled rumor do? First I imagine it'll awaken from its slumber in the undersea city of R'lyeh, then it'll get to devourin'. But I've been to a lot of Thanksgiving dinners, and I'm guessing that after the first million or so Trump supporters, it'll get gassy and bloated and just want to loosen its slacks and go sit on the couch and watch the Steelers game.

For the good of the country and winning against Hillary will all get behind whom the GOP picks – perhaps stiff-Romney? I say, No, No, and triple No.

On the bright side, according to Frank Luntz's latest polls, flaccid-Romney only gets a double No.


If the GOP pulls the dreaded brokered convention, mega millions of us will place the GOP behind Obama and Hillary – the anti-America, voter, and freedom attackers where they belong.

Good, it's about time. I only moved to this country because it had built-in closet organizers and lots of storage space.

I predict it will be a suicide blow to the GOP.

A "suicide blow", eh? Is it even possible to pole-axe oneself? I'm no expert, but it sounds a lot more labor intensive than a gun or a fistful of Seconal.  Not that I want to discourage the GOP from repeatedly trying to hit itself on the head with a hammer hard enough to kill itself; I ask only that it wait a moment while I find the camera.

The angry and fragile list of millions will be all right but not the supporter part.

Our jockstraps are in mortal danger!

I predict this will finally launch the insurant class – the independent ticket right behind a Donald Trump win. Bring it, oh, arrogant ones and see what happens.

It's ironic that the arrogant ones will finally be brought down by the "insurants", since the latter are often so smug about how they saved 15% or more with Geico.


Having never in my conservative media life as a former conservative national radio host for 16 years and a commentator, voted for any president but a Republican.

Having often in my life as a reader of conservative media for 13 years have I had to work so hard to reach the end of a sentence.

I will leave and go Independent.

I admire your ambition, but based on past performance I predict you'll stay and go crazy.

So there we are. But before we leave and go Independent, we have a special guest with us here tonight, all the way from Texas: 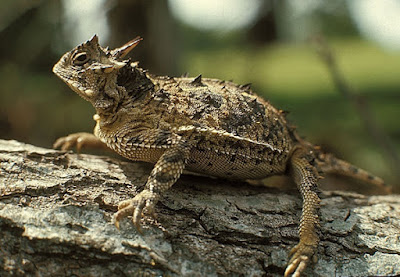 Happy birthday, Fearguth. May your concerts be many, your t-shirts be tie-dyed, and your tinnitus be timid!
Posted by Scott at 10:24 PM

Thank you, Scott! I now know how it would feel if I had heard a Fearguth Tribute Band for the first time. 😃

BTW, there's a reason I've been a fan of World O'Crap for so many years and it's exemplified in your riff on Roth. And sorry about all those sucker marks on your scuttlebutt.

Hope you had a happy one, Fearguth, and many more to come.

"I will leave and go Independent."

(With profoundest apologies to Simon and Garfunkle:)

At the keyboard sits the "Doctor" who composes her tirade and she seethes with her resentment
at every pol who begged for bucks and conned her, till she cried out ... in her anger and her shame
"I am leaving, I am leaving!"
but the wingnut still remains ...