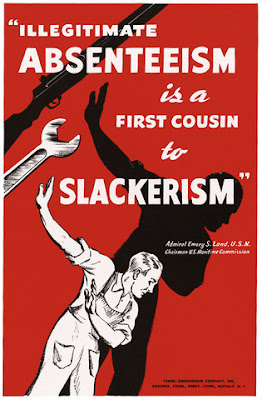 I'm sorry for letting so much dust collect on the blog. I either need a better work ethic, or a more effective scapegoat, but the latter is hard to come by, since our neighborhood isn't zoned for livestock. I suppose I could get a dog, since they're Mankind's traditional fall guy, for everything from alleged homework destruction to farts, but "The Dog Ate My Blog" sounds less like a valid excuse, and more like a rejected song by They Might Be Giants.

Not that I don't have excuses, mind you.  My Mac died a sudden, but convincing death, for instance. Granted, it was a decade old, and the recipient of multiple transplant organs over the years -- a new video card, a replacement hard drive; also, I think someone may have stolen its kidneys in Mexico -- so it wasn't exactly untimely or unexpected, and I suspect Mac himself welcomed the sweet release of death, since he would no longer be required to visit WorldNetDaily or RenewAmerica. But it did take all my bookmarks, my assemblage of vintage ads for disgusting food (as essential to celebrating birthdays around here as my this-close-to-porn collection of reptile models in sexy poses), my various can't-afford-to-replace 'em media manipulation programs and most painful of all, my entire library of cat photos and videos.

[UPDATED below. Abelow? Whatever...] 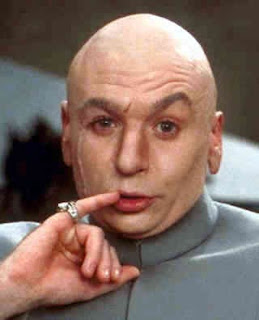 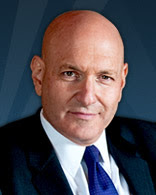 Dr. Gherkinslurper's skill set -- aside from an obvious ability to make sweet, sweet love to the camera -- has heretofore been confined to examining President Obama's mental illnesses from such a distance that his diagnoses had to correct for the curvature of the earth.

But now that we have a president who's a paragon of emotional stability and robust mental health, Dr. Schlongsluicer has gone from Cassandra to cheerleader:


Trumping your life: How to be a better, stronger person by being more like the president

Weeks ago, I wrote the first installment of TRUMPING YOUR LIFE, delivering three ways you can change your life by following the example of President Trump.

I feel like I've already had my life thoroughly, and if not irreparably, Trumped, thank you. To be fair, however, Dr. Bollardbuffer didn't promise to change your life for the better, he simply recognized that sometimes a person wants or needs to shake things up. Besides aping the example of President Trump, other ways to profoundly change your life include the following:
1.) Give meth a chance
2.)  Have a baby - but not a human one
3.) Consider a mid-life career change, like quitting your current job and going on a Badlands-style five-state killing spree.


This is the second of five installments I plan to share.


If you take this Trump-inspired self-help advice seriously, I believe it will significantly improve your existence.

As the co-proprietor of a blog, I've had the occasional target of our gentle lampoonery advise me to "get a life!", but I admire the way Dr. Knobbobber doesn't want to cruelly raise expectations about the value of his therapy, and more reasonably advises his patients to "get an existence."


As a reminder, these were the first three ways to begin TRUMPING YOUR LIFE:

1) Don’t let anyone tell you you’re not good enough to work toward any goal. Just don’t forget the work.

You're good enough, you're smart enough, and doggone it, you're corrupt enough. Just remember, those elections aren't going to rig themselves.


2) Don’t mimic your competitors. Have the courage to be authentic.


3) Let yourself be righteously angry when people take you for a weakling, a fool or a fraud.

Or, just realize how well you must be emulating Donald Trump, and take the win.

4. Assume you will encounter increasing resistance as you pursue big and worthy goals.

If your goals are big and worthy enough, you might even encounter increasing hashtag resistance.

But once you've got small minds working in concert with small hands, the world is your teeny tiny oyster.


you should do what I believe Donald Trump does...Turn the friction you feel from small minds into fuel for your intentions. Double down.

I don't know what this means, but it sounds like somebody decided to write some Art of the Deal slash fic.


5. Don’t be afraid to speak about things like friendship and love. Among strong people, connections of the heart are very powerful.

Also don't be afraid to stab people in the back and throw them under the bus at the first sign of trouble. And don't be afraid to keep your supporters from fulfilling their lifelong dream of meeting the Pope, because among strong people, the tears of weak people are hilarious. Remember, your enemies expect you to be an asshole and will thus remain on their guard, so sucker punch a friend! Much easier.


President Trump is known for pointing out friends in big crowds.

He's also known for pointing out protesters he'd like his big crowds to beat up. His finger is quite versatile, is what we're saying.


He talks openly about loving places and people and projects.

And creepily about loving his daughter. His libido is versatile, is what we're saying.


He is clearly pained by cruelty to children. After receiving a long round of applause during a recent speech in Israel, he paused to say, “I like you, too.”

How does sentence #2 illustrate -- or remotely relate -- to sentence #1? Well, I guess even Trump realizes that applause will only encourage him to turn the world our children will inherit into an even crueler hellscape, and so figures he should respond to it like a Burnt Umber Fred Rogers.


Being powerful doesn’t mean you need to be austere. 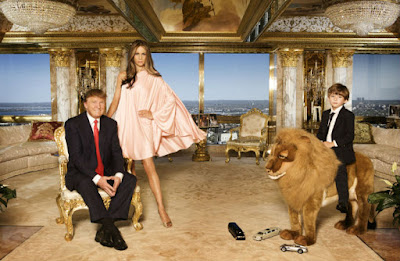 Thankfully, I think we've got the austerity problem licked.


Creativity is enhanced by a willingness not to be so intent on appearing courageous that you can’t be very powerfully moved by emotion. Sure, Trump is tough and can be moved to anger. But he also seems able to laugh and to love.

Laugh and love? Maybe. Hates to be laughed at? Definitely. Still, you should totally base your life on a rageaholic with the emotional stability of nitroglycerin, because he just might possibly be capable of guffawing when someone gets smacked in the nuts on America's Funniest Home Videos.


You should feel free to speak from your heart, not just your head. People will hear you even better.

Depending on how good the acoustics are in your thorax.


6. After hard-fought battles, whether you win or lose, don’t assume your competitors can’t become your partners.

Unless they have video footage of you paying to Russian hookers to soil a hotel bed in Moscow, in which case they're more likely to become your supervisors.


President Trump reached out to candidates he fiercely debated during the Republican primaries and turned more than one into an ally. Secretary of Housing and Urban Development Dr. Ben Carson comes to mind.

It's not a sound mind, but still.


So does Gov. Chris Christie.

I think we can all agree he immediately comes to mind whenever the phrase, "Who's fetching the President's Sausage McMuffin® with Egg?" is heard.


Burning bridges may feel satisfying when you do it, but you can easily find yourself alone, on an island. The truth is that most people are pretty forgiving and can set aside some hurt feelings or even very bruised egos to pursue worthy goals with former adversaries.

Donald Trump isn't one of them, of course, but sometimes it's the exception that proves the rule.


You have to ask to mend fences, of course. You have to be willing to extend an olive branch — or two or three — even after wielding a bat. And that takes some kindness and courage and faith. But you will be repaid through synergies that might never have developed had you let your ego interfere with the greater good.

Excuse me, Dr. Weinerwasher, I don't mean to be cynical, but you completely forgot you were talking about Donald Trump and just drifted off into the canned speech you give at Rotary meetings, didn't you?


So, there you have it: A total of 6 ways to start TRUMPING YOUR LIFE

Including a live demonstration of how to lose your train of thought and wander off in a dementia fueled haze, before snapping back with spasm of caps. 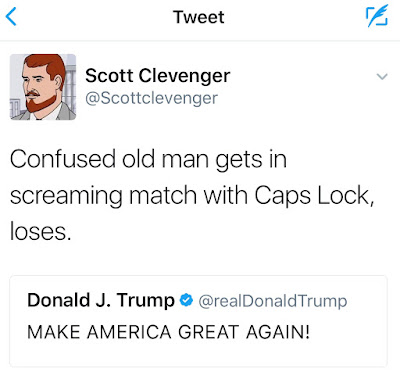 Dr. Keith Ablow is a psychiatrist and member of the Fox News Medical A-Team.

I don't know who consults the Fox News Medical A-Team, but I pity the fool.

UPDATE: Sheri writes an unsolicited testimonial to the power of Dr. Kochholster's therapy:

Thank you for sharing these wonderful tips on how to Trump my life! I learned that just because everybody else says that global warming is real, and that vaccines don't cause autism, I should buck the crowd and believe the conspiracies!

I learned that mocking disabled people, although frowned on by so-called "decent society," is fun, and is a great way to release tension!

I learned that if a kid on Twitter says something I don't like, I should destroy her, because the best thing in life is to crush your enemies. See them driven before you. Hear the lamentations of their women.

And I learned that standing in the middle of Fifth Avenue and shooting somebody is a great way to make friends.

So, now that I have perfect mental health, I am ready to meet Dr. Ablow and thank him personally...
Posted by Scott at 10:56 PM

Your column rests on the assumption that Ablow and Trump are two different people. Here's photographic evidence that this just might not be the case. http://bildungblog.blogspot.com/2016/05/blog-post_43.html

Duly noted, Mr. Guth! And how did I not have this delightful site already on the blogroll? Sad! Corrected! #MMBGA! (MAKE MY BLOGROLL GREAT AGAIN!)

Scott, I've been lurking on this blog for ... Over 10 years, I think, back when S.Z. was regularly snarking at the RWNJs on the old site. Why am I commenting now, after all this time? Who knows? Perhaps the eldritch Dr. Blowme compels me.

Anyway, I really enjoyed this post — it's hard to pick my favorite bit, but I think it must be ""has heretofore been confined to examining President Obama's mental illnesses from such a distance that his diagnoses had to correct for the curvature of the earth." Ablow is probably the Faux News "personality" I despise the most.

Anyway, good luck with the computer, and I'll try not to wait a decade before commenting again.

Thanks very much for the kind words, IR. And I'll try not to wait a decade before updating the blog again.

Dr. Keith Ablow is a psychiatrist and member of the Fox News Medical A-Team.

Implying the existence of a Medical B-Team, and perhaps even a C-Team.
Think of that for a while.

There's an old joke:
Q. What do you call the person who graduated at the bottom of their class in medical school?
A. Doctor.

Not so funny when you meet the bugger, is it?

You sure are acting spunky, sparky!

And I love it!

Ablow has puzzled me somewhat. He wrote a number of decent novels years ago. I think I read all of them. Nothing in them would have led one to believe that he was a right-wing asshole. They were pretty good, and nothing like what you'd expect from the douche he became.

BTW, my bargain-basement, emachine PC is over ten years old, and it runs like a top. Hah!