Happy Birthday to Bill S! and The Minx!

...not quite Pinky and The Brain, but I'd still watch their weekly attempts to conquer the world, however quixotic, because I can't help but feel we'd be better off with them calling the shots and pontificating on the Sunday shows, even though I suspect Bill would replace our current system of due process with a summary Trial by SongPop, in which alleged felons would have to compete against him for their freedom and/or very lives (white collar defendants would get relatively easy categories like "New Wave" or "Break Up Songs," while suspected terrorists would be subjected to enhanced interrogation via "One Hit Wonders" or "TV Themes").  The Minx, who likes to accentuate the positive, would probably put less stress on punishment when reforming our judicial system, and more on rehabilitation, asking prisoners what they're grateful for, and rewarding time off for those who provide a life-affirming answer such as, "Today I'm thankful that our bank fraud laws are essentially toothless, and that even if convicted I'll never see the inside of a prison cell and can probably get my fine reduced on appeal. Can I go now?" or, "I'm thankful that I'm not living under the draconian bootheel of Bill S!, because right about now I'd be struggling to identify even one non-Motown mid-Sixties girl group."

And on a programming note, remember when I said the other day that my project was over and I was back on blogging duty? Well, I was, but my harddrive decided -- after nearly seven years of faithful service -- to commit suicide, taking with it all my cat photos, cat videos, and sexy birthday lizards. Fortunately, this didn't happen before I'd turned in the script and gotten paid, because I was able to hire the local Mac guys to install a new drive, one that's smaller but faster, and most important, completely free of Doug Giles glamour shots and The Collected Spam Emails of Reince Preibus.

So...now I'm back. And just in time for the big Double Birthday Bash!  Usually Bill emails me in advance of the day with a suggested beefcake tasting menu, but this year he's left me to my own devices. So I'm going to default to a previous model, Hawaii Five-O's Scott Caan, because last year's image of Sonny Corleone fils sucking on a stogie in a bathtub continues to generate page views. 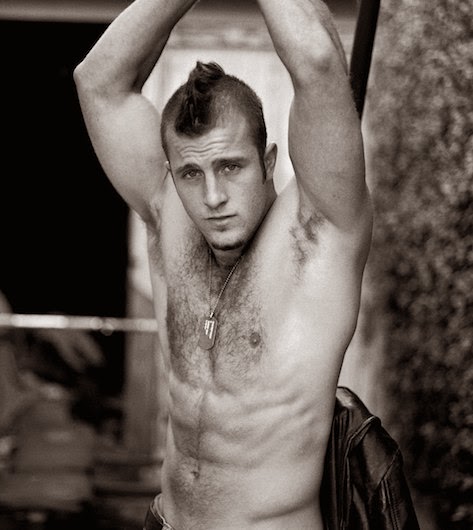 Movie and television star Scott Caan advises you to air-dry your armpits at least twice a week to avoid chapping.

For The Minx, I thought we'd go with a variation on the traditional Sexy Birthday Lizard -- still sexy, still lizardly, but now with taut womanly tummy added, absolutely free! 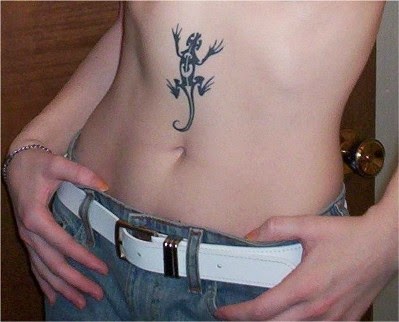 Please join me in wishing Bill and The Minx -- two of our favorite crappers -- a very happy birthday.
Posted by Scott at 2:51 PM

Thanks, Scott. I held off giving any beefcake suggestions because I was going to write about them myself in a possible column and then halfway through writing it I was like, "Oh my God this is the most stupid, pointless thing I have ever written!" It started out funny, then just sputtered and died after the first paragraph, and I couldn't bring myself to finish it.
[But for next year: the Hemsworth brothers or the Amell cousins. Or, since he was the answer to a Zimbio quiz I took called "Who's Your Celebrity Boyfriend?", hot nerd Joseph Gordon-Levitt]

(totally hope that I didn't just clusterfuck that simple French phrase to death, even if I *am* encouraging everyone I know to boycott/perform personal embargoes on all Nestle' products, since their new Kraut CEO wants to PRIVATIZE EVERY MUNICIPAL WATER SOURCE ON THE PLANET!!! FUCK THAT SHIT. And FUCK THE FLYING RAT-SHIT OUT OF FRENCH CORPORATIONS, even though the French people generally seem to be a helluva lot better than the rat-bastards for whom they work... -ish... They've even bought-up PURINA, for fuck's sake!!! It's not Monsanto that we have to fear anymore, not even ConAgra --- it's those motherfuckers @ NESTLE'!!!!!!))

Even though our beloved Minxie/Teh Artiste insisted upon forgoing an actual prezzie this year (this ain't over, woman... not by a LONG SHOT!), dearest-beloved Bill, please feel free to put-in any & all prezzie requests at will. Of course, I've got to get Ol' Girl, my remarkably-resilient GMC pickup, circa 2000, into & out of the hospital to find-out why she TRIES to start but WON'T turn-over --- FIRST --- but whatever's left over for the month is wide-open for you & Minxie, Bill!

I know that I'm four or five fucking months behind on the birfdays that I've already neglected horribly for the past THREE FUCKING YEARS, if not longer... (cont'd!)

...but I'm trying to make it up to my dearly-beloveds, one at a time... though I don't still have all of the e-mail/IRL addresses of all of our little Wo'C family members anymore, after the last couple of Black and/or Blue Screens O'Death & a couple of total machine deaths over the years, but if anybody needs to reach me, y'all prolly already have the address, and if not, Scott can hook y'all up, if you want to be back on Annti's Birfday List!!! I've been trying to re-recruit y'all for YEARS since the last tragic loss of a perfectly-functional machine, so please, y'all, LET A BITCH KNOW if any of y'all STILL HAVE BIRFDAYS and I don't have your IRL addresses.

Love you all, hope to have my avatar back at some point, if Google will ever LET ME, the globe-gobbling goat-fuckers...

And may Joel McHale show up nekkid & tripping balls on X @ your door on the rapidly-approaching full moon, Bill, if you go for the purdy/lanky type, and if not then you pick a guy, and I'll put it out into the universe...

Minxie, I know that you are happily cohabitating with your soulmate, but I still hope/wish that you could be inundated with Annti's favorite fantasy: well-past-legal-age but INEXPLICABLY YOUTHFULLY GAWGEOUS, small/manageable herds of energetic girls & boys, running around in teeny-tiny scraps of clothing (y'know, when the warm weather returns to your neck o'teh woods, for all of 6 weeks a year, right?), massaging your back, neck, toes, calves, scalps, whatever needs rubbing and properly done, by pleasantly-scented little hippie chirrens (Dunno 'bout you, Minxie, but I am SOOOOO over fucking PATCHOULI & BIRKENSTINK!!!) in their late 20s, as you & your beloved/s relax with tropical beverages and a heated pool full of purdies!!

After all, if you're going to wish for somebody, why half-ass it?!?!? All of the love, lust, joy, foodgasms, affection, caresses, hugs, kisses, fine wine and/or other adult beverages, good windowpane acid for at least one special occasion, and again, more full-body massages than you could ever possibly use-up, Minxie AND Bill S.!!!!!!

I may suck at delivering real-life prezzies these days, esp. since I can't make jewelry anymore, but I can sure as hell hope & wish & dream that both of our Birfday Chirrens on the Ides Of March have 100X more fun than Julius Caesar OR Caligula with none of the bloodshed or underaged targets!!!

Prolly doesn't bother anybody but me, but DAMMIT, it really MURDERS the auditory punchline!

Sorry to be repeatedly posting tonight, but I just *now* clicked on Thunder's link, like the idiot that I am, and HELL YEAH!!! I fucking LOVE your taste in GIFs!!!

Now, if you could just do one with Teh Undead Shemale Who Shall Not Be Named's ragged coke-whore, new-money-on-Red-Bull-&-Gallon-Jugs-Of-Cheap-Vodka, Swarovski-crystal-embedded-knee-pads-for-a-"career" critter's visage pasted over the original, imagine HOW MUCH SCARIER it'll look!!!!!!

Happy Birthday, Bill S and the Minx.And happy year ahead.

Isn't he just, Bill? And so TALL! Nummy. Can I have just one swing at him (he's on that very short list of people for whom I'd come out of retirement, after all... not that there's been any great demand... *sigh*) before you lay the boy limp & exhausted at your feet, oh wily & winsome birfday boy?

Hey! I want one of those.

Happy birthdays, you guys. I am, myself, not as trubbled/run-ragged by Lust as was once the case (and yeah, it is sort of a relief). But even I can acknowledge that those are nice whatever-cake photos indeed, and I trust you're enjoying them.

Late to the party as always, but I wanted to add my belated birthday Good Wishes. Also, it is way too early for me to be entertaining such filthy thoughts about Scott Caan.

(My theory is if you're really late to a party, it's no use trying to just sneak in: go for the grand entrance.)

BHBs to Bill S. and The Minx!

Wow. Thank you all so very much for the birfday wishes and the gorgeous lizard! And since my beloved Annti is INSISTING on a birfday gift to give me, I will haunt Ye Olde Frederick's of Hollywood(and Vine!) for something uplifting, preferably in purple.

Mucho Love from The Minx

Scott, Scott, didja see? Didja see?
Dr Mike Adams has won his case against the University he "works" at.See Raw Story for details.
Now he wants a Centre for oppressed Christians, like for minorities.
Suezboo