Happy Birthday Ivan--I Got You An Embarrassing Superhero Identity! 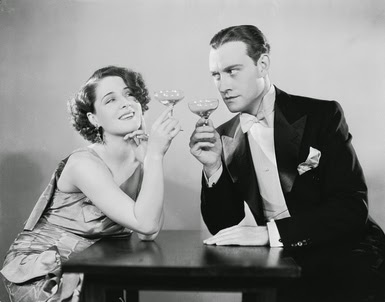 Raise your cocktail glasses high, friends! Whether you're tossing back a Bronx or sipping a Pink Lady, quaffing a Horse's Neck or a kissing the rim of a Fallen Angel, hoist your poison and toast the natal anniversary of worldly sophisticate and man about blog, Ivan G. Shreve, Jr.

You may know Ivan from the earliest days of Wo'C, back when the world was young, Salon Blogs was a thing, and proto-commenters crawled out of the primordial slime and ooze to make snarky remarks about Dick Cheney or Aunt Jenny's Real Life Stories.  Or you may know him from his copious compendium of radio, film, and TV criticism, which is distinguished by a plainspoken, down-home folksiness that is witty, but never arch, informative, but never pendantic.  Or you may know him in his guise as a superhero, Defender of Goober! Scourge of Ken Berry!

I don't think I'm giving anything away here (and if I am, my apologizes to Ivan's parents for all the supervillains who just showed up on the doorstep without an appointment, and right round supper-time, too!  If it's any consolation, I'll be glad to help put that extra leaf in the table), when I tell you that Ivan, from his Bat Cave-like secret headquarters, Thrilling Days of Yesteryear, routinely braves and conquers some of the most horrible monstrosities ever committed to wax, celluloid, or videotape. Now I like to think I can take the worst punches the picture business can throw at me and still come out for the bell, but I freely admit I'm no match for the likes of Government Agents vs. Phantom Legion, or The Doris Day Show.

In my opinion, the only thing that's really keeping Ivan from taking off as a pop cult phenomenon and getting his own sweet, money-minting comic book movie franchise, is his lack of a good superhero alter ego.  So that's what I've decided to give him this year for his birthday.

Obviously, a busy guy like Ivan doesn't have time to shimmy into periwinkle Spanx and lace on a luchadora mask every time evil rears its ugly head in the form of a bad movie serial, or any given episode of Mayberry RFD, so I think we should look to the early days of radio for our inspiration, back when pulp heroes boasted a more bespoke wardrobe, and characters like The Shadow could function efficiently with only a snapbrim hat and a Doctor Who scarf (of course, if my super power basically consisted of making me invisible to my enemies, I'd be tempted to fight crime in sweat pants and a bathrobe, while I'm pretty sure The Shadow wore pants -- maybe not a sharply creased pair of gabardine slacks, but at least a nice pair of flannel bags, or possibly some tweedy knickers with argyle socks).

First we need a name...Hm. Obviously something inspired by early 20th century entertainment...The Whistler is already taken. So's Boston Blackie. Even Ma Rainey's Black Bottom is probably copyrighted. But it's the age of the aggregator and the mash-up, so I say we just barely skirt IP infringement, and christen him Boston's Whistling Black Bottom! (I know he's actually from Georgia, but it's a secret identity, so I'm trying to throw his foes off the track.)

So there we go. I think it's a strong concept, and will quickly spawn its own 15-minute radio show, monthly pulp magazine, and vitamin-fortified breakfast cereal (or at least a deeply shitty Columbia movie serial).  Now we just need a costume, but I'm only one man, so I'm passing the buck to you. Yes you, who have been Ivan's cohort in the Long March from Salon Blogs to Blogspot; and also you, who may have found this place more recently, because it's a party so everybody has to suffer (I'm an introvert, in case it wasn't obvious), Therefore, along with your birthday wishes and caviar dreams, please gift Ivan with your best crime-fighting fashion tips.

In the meantime, here's a shot of TDOY goddess Jane Greer lookin' wistful: 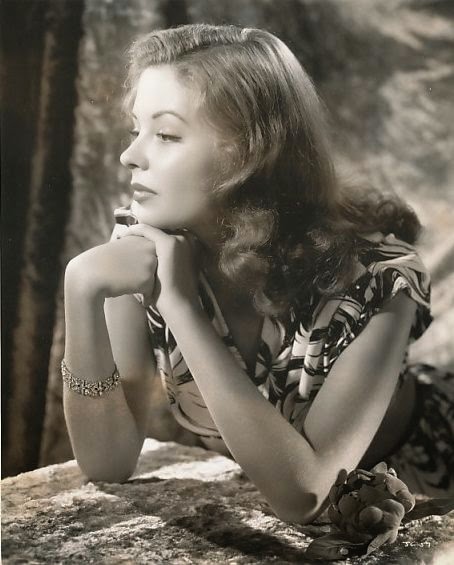 And for this Sexy Birthday Lizard, I'm pulling out all the stops, and bringing in The Great One himself... 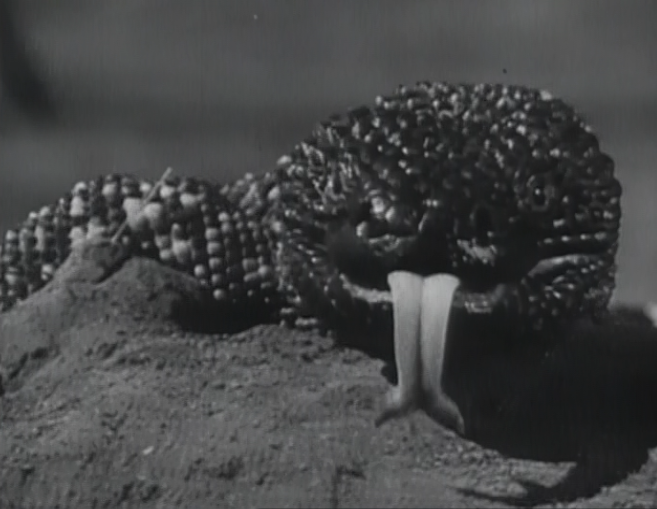 Happy Birthday, Ivan! I'm glad for this opportunity to tell you how much I enjoy your work. Your knowledge, enthusiasm for your subject, and scholarship are apparent in everything you write. I too enjoy your charm and wit. Damn it, your stuff just makes me happy!
Um, I don't know much about superhero fashion, so just wear something comfortable and easy to wash (crime gets messy).

Thanks for encouraging my behavior, Sheri! And my most fervent thanks to our host, Scott C., who really ought to contact the folks at Guinness as to whether there's a world record on the longest time spent making a person blush. (He seems to break this record every year!)

Oh, and I need a quick moment to say this...a few days ago, when Wo'C did a post about some of the celebrity notables who've shuffled off this mortal coil of late, Mr. C credited me with the gag "Death! Take a holiday!" I would remiss if I didn't point out that it was Scott himself who originated that. (As a good friend of mine likes to say: "Always steal from the best!")

Aw, ya big lug, just go with a fedora. JUST a fedora.

For a costume, I would suggest that little French Maid number. I know, American Maid already pioneered it, but it was an instant classic and since the rumored reboot of live-action Tick will likely not fully utilize the concept, I think you've got a winner!

Don't blush, Ivan, you deserve it all!

heydave- I hope that's a *strategically placed* fedora. and a very happy birthday Ivan, and in the (almost) words of Alan Arkin, argyle fuck yourself ;}

Good suggestion, preznit. It would certainly extend Ivan's legal range of operations beyond a few beaches and the sort of camps where people play volleyball in the altogether. Although the birthday boy might not regard this as a major drawback, a particularly cunning villain might take advantage of his severely circumscribed sphere of action.

Still, I can foresee a slight problem which might still, shall we say, arise with this costume choice: he's either gonna have to fight his arch with only one hand, or ... well, you get the idea. And even with the aid of modern medical science, if the fight lasted more than four hours he could be in trouble.

I agree the retro look is the only way to go, though. And definitely something with a rocket pack.

(And back into the postmordial slime I go.)
~

Step right up, folks! You say your suffering form the gout? A case of the croup? Maybe even Boston's Whistling Black Bottom?

This little jar has the answer!

And I mean old man in the British sense and not the old man sense.