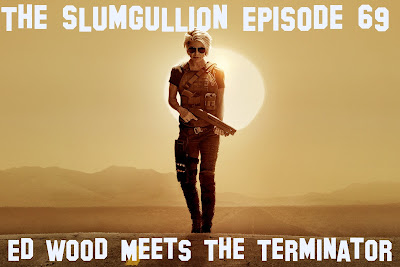 This is a historic episode: number 69. We don't like to brag, but rarely does a foul-mouthed little podcast get to 69 episodes without a filthy, elbow-nudging 'Sixty-Nine" joke, and yet...we did it! How, you ask? Well, we attribute it to clean living,  high morals, and the fact that Scott didn't tell Jeff it was Episode 69, and Jeff doesn't care and doesn't keep track of these things because he's not a weird little Gollum-esque obsessive like Scott.

So here you go. We talk about Edward D. Wood, Jr. and Terminator: Dark Fate. Do we draw a parallel between the two? An incredibly insulting parallel? Well, funny you should mention that, because we...Nah. We won't spoil it for you.