In Memory of a Reasonable Conservative 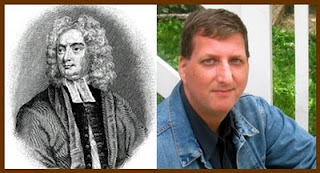 The 2011 Jon Swift Memorial Roundup is now up.   Founded by the dryly hilarious and much lamented Jon Swift in 2007, it consists of "The Best Posts of the Year, Chosen by the Bloggers Themselves."  (Mine was sort of an arbitrary decision, since I waited until the submission deadline had almost passed, and wound up just going with our most highly trafficked post since moving to the new site.  But I'm sure all the other bloggers made thoughtful choices, and only after long, agonizing deliberations.  Or they took payola.  Either way, there's a lot of good stuff there.)

Many thanks to Batocchio for keeping the legacy alive.
Posted by Scott at 10:26 PM

I had no idea Al Weisel looked so much like the original Jon Swift.

Anyway, in memory of Jon/Al's wonderful Amazon book reviews, I'd like to say that I have not actually read any of the entries in the Roundup, but they were all intelligent, funny, pithy, verbose and touching.