Thanks, Everybody! I Got You a Wingnut!

Before we get to our jerk du jour,  I'd like to step out of character for just a moment.  Unfortunately, I don't have a character, at least nothing so distinctive and cool as s.z.'s Supermodel/Astronaut/Spy identity, although I have been developing a wacky sitcom neighbor (it's still a work in progress, kind of a fusion of Jm J. Bullock and Kramer, but less butch, and with more manageable hair).

But what I really want, and need to say is, you guys have saved our bacon, our  Sizzlean and our Steak-umm, and on behalf of Mary, Riley, and Moondoggie, I want to express our heartfelt gratitude to everyone who contributed to the Beg-a-Thon.  Thanks to you, we're now square with our Vet, and no longer complete pariahs at the E.R.; long-deferred prescriptions have been filled for both humans and cats, and we're finally able to take Moondoggie back in to resume treatment for his liver.

I also want to thank Doghouse Riley, Roy, and Thers, who all kindly linked to the B-A-T, and sent a lot of very nice people our way -- Aliculatti, Atriots, and -- (we need a nickname for readers of Bats: Left, Throws: Right...Ambidextrians?); I hope I haven't missed anybody who helped spread the word -- if I have, please let me know.

Update:  Our beloved Anntichrist S. Coulter also beat the drum for us -- both here, and at her own blog, Mark of the Beast.  I knew I was forgetting someone important!  Let this be a lesson to you, Kids.  Stay in school.  Stay away from drugs.  And don't try to write blog posts on your phone.

I also want to thank s.z. for coming out of retirement, like the ex-Black Ops assassin she is, for one last job.  Or post.  (Actually, I'm sure she'll write more when Holiday Cat 'n' Dog Adopting and/or Abandoning Season is over, thereby making this completely anti-climatic.  Plus, we've got lots of upcoming stuff about the new book to talk about).

And on the subject of fundraisers...We're late to this, thanks to medical appointments and the internet outage, so you've probably already heard the terrible news about Rumproast blogger StrangeAppar8us, who suffered a disabling brain injury on November 3, and has lost his sight.  His friends and co-bloggers are trying to raise money for his medical bills and rehabilitation.  If you're able to help with cash or moral support, please click here for the details.

On another note...When I think of the good and the kind, of people generous of spirit, I generally don't think of Bryan Fischer.  Mostly, Bryan makes me think of a guy who cadges drinks in the Skyline Lounge at the Pocatello Airport Holiday Inn by pretending to be Peter Graves. 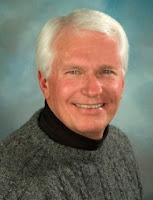 But of course there's more to Bryan than a possible tendency to scam a Crown Royal and 7-Up out of a drunken dowager with dubious claims of being the lesser Arness brother.  No, Bryan Fischer is also a talk radio host and Director of Issues Analysis for the American Family Association, but he's not afraid to contradict right wing orthodoxy, or even august figures in the conservative pantheon, when they interfere with his urge to be an asshole and a scold (or an asscold, as we like to call it, not to be confused with the kind of gastric distress which produces a stifled, high-pitched, tight-sphinctered sound that resembles the dainty sneezes of cats and well-bred Victorian ladies).

The last time Bryan gave the rhetorical piñata treatment to a titan of Conservatism, it was Supreme Court Justice Antonin Scalia.  This week, he's predicting the Christ-like resurrection of Rick Perry, because -- although the Liberal Media doesn't want you to know about it -- Newt Gingrich likes to gad about with a satchel full of lava rocks and Buff Mexican Pebbles.


Get ready for a Perry comeback

Newt is the current flavor of the month in the GOP race for the presidential nomination, and grabbed a coup in New Hampshire.

The coup filed a restraining order against Newt, who nonetheless insists the grabbing was consensual, and maintains that his lechery is motivated by a volatile combination of manliness and love of country, a condition scientists now believe is caused by an excess of a hormone called patriotosterone.


However, Newt has enough baggage with enough rocks in it to drag him below surface again.

And even when he's not dragged below surface, he still gets hassled by the TSA, which has a stupid rule about limiting carry-on rocks to under three ounces (on many occasions, the ex-Speaker has been reduced to traveling with nothing but a Ziplock bag full of aquarium gravel).


[W]e now know he took $1.8 million from Fannie Mae and Freddie Mac right when they were dragging the housing industry to the bottom of the sea.

So I guess the lesson here is, if you're a government-sponsored agency that securitizes mortgages, don't travel by sea rather than air just because Carnival Cruises will let you put rocks in your steamer trunk.  Also, don't limit your customer base to the cast of SpongeBob SquarePants.


Newt's at the bottom of the pile on that one.


He's flip-flopped as much if not more than Mitt Romney, who, inspired by the musings of James Carville, I have affectionately nicknamed Governor Windsock.

I wouldn't count too much on the precision of a windsock.  Sometimes it accurately registers a stiff wind, and sometimes the stiffness simply means that your adolescent son found your Playboy collection and your windsock, and affectionately nicknamed the latter "Miss November."


Newt's been horrible on embryonic stem cell research and horrible on man-caused global warming, an exorbitantly costly scam whose credibility is rapidly disintegrating before our very eyes.

Unlike Bryan's contention that we haven't suffered another "Muslim attack" on the scale of 9/11 solely due to the decision by Major League Baseball to replace the traditional singing of "Take Me Out to the Ball Game" during the Seventh Inning Stretch with "God Bless America" (please note that foiling any terrorist attack is prohibited without the express written permission of Major League Baseball), which is just becoming more empirical by the moment.


But the truth will out, and that spells trouble for Newt.

But a scoop for The Advocate!


This will create another vacuum, only this time there is no one new to fill it...When the air went out of Cain's balloon over the false allegations of harassment and the more substantial problem of his lack of depth on foreign policy, the air went into Newt's tires.

This, right here, seems like the real scandal, and I'd love to see it brought up at the next Republican debate:

CAIN:  You siphoned my balloon!

GINGRICH:  I had a flat!


So the question becomes: where does the air go when it leaks out of Newt's tires?

Well, what else holds air besides tires and balloons?  I'm guessing it'll go into Lloyd Bridges' SCUBA tanks from Sea Hunt (and not a moment too soon, because by this time, his lungs are aching for air).


Politics as well as nature abhors a vacuum, and somebody is going to benefit from Newt's descent. Like an elevator on its way to the basement, a countervailing weight must rise.

So the air Gingrich stole from Herman's balloon will leak out of Newt's tires, causing Rick Perry's star to rise like a lead weight.  I know Bryan isn't in favor of mixing races, cultures, or religions, but apparently he's fine with metaphor miscegenation.
Posted by Scott at 2:51 PM

It's like taking a bunch of cliches and a hunk of rotting pork and throwing it in the blender on "Chop". The serving the resulting slurry as self-satisfied "wisdom".

The man is drunk, DRUNK I tell you, with the power and flexibility of the English language! The English language makes him crazy! He huffs it, he pinches it, he tosses it in the air like a giant tossed salad, wielding the well-oiled Vermont maple salad fork and spoon of his intellect and his political convictions, and the English language comes down splat! on his kitchen floor! Hooray!

Never heard of this guy but he's clearly a stupid writer who doesn't know how to use mixed metaphors for effect. But then again, I guess he was trying to be serious, not funny. Of course, I love this site for the commentary on the idiocracy as you parse the victim's commentary (or bad films - love those).

Thanks, Scott, but I think I'll exchange him for a nice pair of socks.
~

First, is Moondoggie in a twelve step program? If his liver is that bad, it might be time.

Next, Bry, Bry, Bry...apart from the adolescent phrasing and attempts to be nerd-cool by using "metaphors," you're writing sucks worse than that.

And your thinking makes your writing look, well, intellectual. Perry? Really? You typed that entire column with just one hand, didn't you? One sticky, gooey hand.

I'm sure that some catatonic patients stare off into the distance, occasionally their eyes catching on some glimmer off a shiny object. This brings together disparate, unrelated ideas, and they feel as if they've constructed a valuable perception.

This homage to Perry is just like that, but less honest.

Yes, thank you very much for the wingnut, it's a very distinctive wingnut, to be sure, and not at all like all of the other wingnuts I got. I like it very much.

[mutters: fuck me, another wingnut. why don't these kids get me something useful, like a necktie?]

[...why don't these kids get me something useful, like a necktie?]

No offense, Daddy-O, but do you know how hard it is to find a tie that doesn't clash with that Paul Drake Blazer?

When you look at who's left to be the anti-Mitt if/when the Gingrich bubble gets too swollen for even his huge head to sustain, thinking the base might give "Dim Bulb II: The Redimmining" Perry a second look isn't so far fetched.

He has sort of been off the national radar for awhile, measured in net-time anyway, so maybe if post-New Hampshire buyer's remorse sets in, along with bazillions of dollars of Texas money, Goodhair could make S.C. a contest.

Bryan might be correct in the sense that all of Washington is Newt's swamp. Expect the long knives to come out for this newt in about a week ... some of his enemies are serving time and aren't happy about it.

But Perry? He's G.W.B. without the intellect or the morality. Or the oratory skills required to perform for that sound-bite.

My guess? Sarah P. is sittin' it out, chomping down bear-burgers and waiting for her close-up.

You do realize that you have just credited Dumbya with "oratory skills"?!?!??!