Bookends of the Demise of the Hollywood Studio System

Rome wasn't built in a day, even if Daryl F. Zanuck was principal contractor.

The Nubians are Kool Beans

Initial Cleopatra treatment and resulting screenplay was conceived as an intimate drama concerning Rome's imperialistic designs in North Africa and showcasing a stellar cast. Signals began malfunctioning when Zanuck returned to Fox from a sabbatical on the Continent --- refreshed and reinvigorated. Readers, if you have ever viewed this still-smoldering train wreck from beginning to end the results are obvious: highly speculative risk obtains extreme financial peril.

I'm of the opinion that Zanuck had “Major Mojo Recovery” in mind when he decided “We're 20th Century Fox and if anyone can rebuild Rome, it's us. Second thought, throw Egypt in there as well.” Letters of credit commenced, checkbooks opened and something resembling the creation of Levittown, Long Island was initiated at Cinecittà.

With construction underway what to do in Italy on a lay-off? Well, from my experience, hanging out is really cool. Eat, drink, museums, cruise the clubs, casual sex encounters. Burn through cash until one has to call home and obtain a wire transfer. Gain lots of weight from all the carbs and drink. (In my case twenty pounds.)

Dir. Joseph L. Mankewitz isn't slacking. He's having agita & angina with every new rewrite flown in and is totally “not down” with how the picture is evolving.

"My Line is Your Line of Credit"

With all the down-time on Cleo, no significant income is coming Fox's way. Shareholders are nervous. Zanuck has another brilliant idea … “Let's bring back Marilyn!” 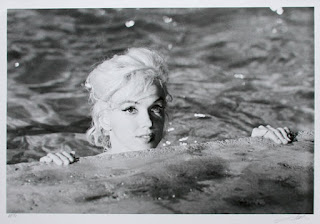 Can't venture further into the conspiracy theories or other speculations of M.M.'s misadventures with chloral hydrate as a sleeping aid, but leave it at best to suggest that Marilyn was not ready to return to Fox after a highly-publicized failed marriage and at least one, possibly two miscarriages. Plus Lee & Paula. But to be honest, how could she refuse? She never had the opportunity to work with George Cukor whom she admired. “Dino” & Wally Cox signed on to the picture (everyone loved to work with Wally), “Skid” Charise, Robert Morely, Phil Silvers … the good times at Fox once again.

Cleopatra's budget is an estimated 44 million dollars in 1960's money (if you are clever enough to calculate this in terms of worthless 2012 money please advise.). It was not until eight years later that Fox cleared enough for the film to break even. But Fox did not have to declare bankruptcy and managed to recover through the 60's and actually became profitable again. Until … 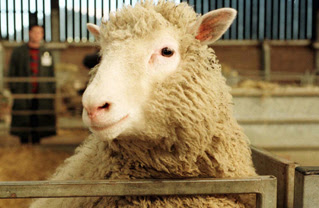 Anyone with any internet savvy knows of the “Streisand Effect” but the effect was evident long before the creation of the interwebs. Babs escaped this one without serious scars or injuries, leaving Fox to take the full frontal financial assault from creditors. (Actually the assault was delivered from behind, but W-'O-C is a family-friendly site and we'll keep it that way.)

Hello, Dolly! was a no-brainer, and Fox was second only to MGM in producing lavish blockbuster Broadway musicals for the screen. What could possibly go wrong?

I've been searching for over three weeks to present the “finale” to Hello, Dolly! as a concluding moment but it looks as if Babs' lawyers are very good at issuing DCMA take-downs. But here's the trailer, which gives you a good idea of just how possible wrong can be, while having the good taste and charity to be a lot shorter in length.

"Every Future Entertainment That Wants To Call Itself Great...Will Have To Measure Up to "Dolly"

Happy 4 July to everyone, and Happy Higgs Boson day as well.
Posted by Scott at 1:38 PM

Cleopatra's budget is an estimated 44 million dollars in 1960's money (if you are clever enough to calculate this in terms of worthless 2012 money please advise.).

Wikipedia is your friend ;-)

Wow, the things you learn in a World o' Crap!

This is great fun, thank you, even though the topic of MM always leaves me sad. 'Nuff said on that, I suppose.

Gawd, I had no idea that there was a remake in the works for My Favorite Wife. Were't there two already? Or, I guess the Doris Day (gag) one came later. Anyway, this project seems like a huge waste of good talent.

Now you see why we banished Fox from Hollywood and exiled them to Culver City, the perverts.

Also, 1963 is now clearly identified as the year I discovered cleavage, thanks to Fox and Liz Taylor. I felt for the first time a curious stirring in my utility belt.

Thanks for that, Bill, nice one.

Thank you for the Hollywood History Highlights - I learn things here every day.
Suezboo

Hmmm. Something about the Cleopatra fiasco here contradicts another account. I read something about Zanuck which gave me the impression he wasn't running the studio day-to-day at the time Cleo was launched, but instead was brought back for an attempted rescue. I'm likely wrong, but as I remember it, he was said to be working on a pet project, The Longest Day, at the time.

Then again, Hello, Dolly is disaster enough for any studio head.

You can buy pretty cheap on Amazon the really great book Fiasco, which is about nothing but Hollywood's money-sucking megabombs. I'm rereading it right now, and Cleopatra is its first chapter.

Yeah, maybe you shouldn't build your sets before the script is written, or even started. And then build them 3 times, the biggest of them in that climate that most resembles Italy, sunny and clement England.

Anonymous, you're right. Zanuck was obsessed with his own money-sucking (but eventual blockbuster) The Longest Day.

All I remember from watching Cleo is the parade that went on for 20 minutes, and the naval battle that would've been laughed off of a Godzilla shoot.

Hey, Bill the Splut, had no knowledge of this book and would love to read it.

Once worked for a major big-box book and DVD/music retailer and our customers demanded that we create a "Classics" section. We did and it really increased sales. Discounted noir, westerns, adventure, romance, you name it. One night I had to fill the "end-caps" with something and placed "Cleo" next to "Dolly" and that's where I got the idea for this. So I'm operating from my own, somewhat limited cinema history but will check out your reference. Thanks.

Cleo: "How dare you burn my libraries?"