It's the beginning of High Birthday Season at World O' Crap, and you know what that means -- we're gonna be moving more cheesecake than Lindy's around here, so I hope nobody is allergic to negligees.  Or nude Nathan Fillion, since Mary will be compulsively appending him and his implied appendage to any and all birthday posts addressed to our Lady Crappers and/or Gay Gentleman (if you're a Gay Lady and would prefer not to have nude Nathan Fillion splashed across your virtual birthday card, please drop me a line.  In fact, everyone should feel free to follow the Bill S. Method, which involves emailing me about a week before your birthday, warning of the dire fate that will be wished upon us should we profane your special day with an Ann Coulter photo, while also furnishing a long and detailed list of Pre-Approved Hunks -- or She-Hunks -- from which we can choose an appropriate image).

(Hey, I haven't even published this post, and I'm already getting Google hits from "nude Nathan Fillion."  I don't know whether to be annoyed, or to rewrite the Living Will and make that my epitaph, thus ensuring my grave will be visited by a steady stream of nerdy MILFs.)

But that's all beside the point, because today we are gathered to celebrate the natal anniversary of our buddy and longtime Crapper Heydave.  As you've probably noticed, Heydave is smart, funny, quick with a quip, and one of the nicest people you will ever meet in the comments section of a blog with the word "Crap" in the title.  But what you may not know is that deep down Dave is really just an "aw shucks," salt o' the earth, Midwestern boy from Iowa -- far from the stereotype of the effete, Latte-sipping liberal.  Yes, you heard me right -- I said Iowa!  The Birdseye State!  The over-sized, novelty buckle of the Corn Belt!  The Left Ventricle of the Heartland! Iowa! (Excuse me, I've got to stop and make some tea and honey; all this yawping is hard on the throat).  And this means one thing: that unlike me and Mary and some of you (not pointing any fingers, but you know who you are), Dave lives in Real America® -- or did, until Iowa legalized same-sex marriage in 2009; now it might as well be Hanoi.

So in light of the regrettable fact that his home state is overrun with treacherous Fauxmericans, this year we're honoring Dave's birthday with a treacher in a negligee (but not Jim Treacher, because we like Dave): I give you Jane Fonda... 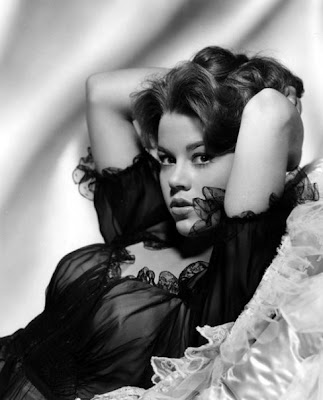 "Yes, I know this is a little more sheer than the black pajamas worn by the rest of the Viet Cong -- sorry about that.  I hope you don't find my Tets offensive."

If Heydave lived in L.A., instead of some yawp-worthy patch of loam on the banks of the mighty Mississip, I'd suggest we all go in and buy him two tickets to this ripe slice of Paradise: 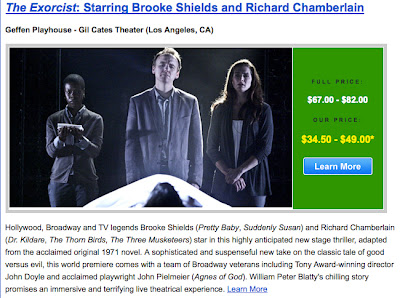 (Guys?  Seriously, this is guaranteed to be the most awesome night in the theater since Mary and I saw Charlene Tilton in Whose Life Is It, Anyway?)  But alas, he doesn't, so let's just skip to the Almanac...

On This Day in History:

1132 – Battle of Nocera between Ranulf II of Alife and Roger II of Sicily over who was entitled to the Number II.  King Roger lost the battle, and with the remaining Roman numerals already taken by monarchs and movie copyright notices, he was forced to introduce the Hindu-Arabic system to Europe.

1929 – The Kellogg–Briand Pact goes into effect, requiring all signatory states to renounce war as an instrument of foreign policy and try to get a little more fiber in their diet.

1950 – Cape Canaveral Air Force Station begins operations with the launch of a Bumper rocket.  A Windshield Wiper rocket blasts off next, and the rest of the car quickly follows, until September 14, when an attempt to beat the Russians by launching the glove compartment and cigarette lighter on the same flight causes the Owner's Manual to catch on fire, leading to an explosion on the pad.

1959 – At the opening of the American National Exhibition in Moscow, U.S. Vice President Richard Nixon and Soviet Premier Nikita Khrushchev have a "Kitchen Debate" about whose appliance blogging is more insipid -- Megan McArdle or Instapundit.

1969 – Apollo program: Apollo 11 splashes down safely in a mock-up of the Pacific Ocean.

1974 – Watergate scandal: the United States Supreme Court unanimously ruled that President Richard Nixon did not have the authority to withhold subpoenaed White House tapes and they order him to surrender the tapes to the Watergate special prosecutor.  Nixon still asserts Executive Privilege over certain recordings, but agrees to make a mix tape for Leon Jaworski, promising "Twenty explosive hits, by the original artists!"

2005 – Lance Armstrong's bloodstream wins its seventh consecutive victory over the French lab hired to test it.

Coulter's personality cancels out whatever physical attractiveness she possesses.
Happy Birthday, Heydave! May it be filled with laughter, fun, and cake!

In order to fulfill your annual quota of Coultering, you may use the photo you posted in Preznit's birthday post.

It's how I see her, anyway.

Shucks, I didn't even know who you were talking about there for a awhile. I thought "what a cool guy!" Derp.

But yes, it's a hot one in the heartland today, so let's play golf! It's only gonna be 100 here, so put on those Bushwood CC shirts (yes, I'm wearing mine; thanks for asking!) and put the clubs in the car for an early escape from work (rhymes with jerk). See? that heartland dependability thing again, or at least a passing resemblance.

And, above all, don't forget those "touch me in my secret place" buttons. It's a day for flare!

And, most seriously, thanks for the wishes, kids!

Happy birthday heydave from your Midwestern neighbor Illinois....we may not be the hottest state in the nation but our corn looks like shit too! Here's hoping the candles don't melt over your birthday cake before they're even lit!

I have suggested to HeyD that he come down to Texas to cool off - yeah, we're having a cold front, it's only 96 today!

Have a good one HD!

Me too, me too.
Happy Birthday, Heydave !
It'll be a Hot Time in the Old Town Tonite!
Best.
Suezboo

Happy belated birthday, Heydave. Since I'm late, you get to have another day to celebrate. That's how it works, right?

Very happy post-birthday, Heydave. You must be very, very tough to golf in record Midwestern heat. Strong enough to withstand the sight of Ann's tendons... but I'm glad you don't want to. Makes it easier on the rest of us.