A judge invalidated New York City's limits on large sugary drinks on Monday, one day before they were to go into effect, dealing a significant blow to one of Mayor Michael R. Bloomberg's signature public health initiatives and a marquee project of his third term.


The decision by Justice Milton A. Tingling Jr. of State Supreme Court in Manhattan blocks the city from putting the rules into effect or enforcing them.

Justice Tingling said the rule banning the drinks was "arbitrary and capricious."

Justice is -- apparently -- still available in some circumstances. It arrived promptly at 5 o'clock pm. EDT. Who better to deliver the take-down than the Hon. Justice Tingling Jr. After all, such a welcome contradiction to the edicts of "the Bloomberg" is tingling in its own fashion.

And let's all celebrate with a 24-oz. Mountain Dew, Pepsi, RC or whatever.

Truthfully, this correspondent gave up soda-pop after the "New Coke" fiasco, which we believe was concocted to bring the "Old" Coca-Cola back with high-fructose corn syrup substituted for the real highly-refined sugar from back when. Once I craved Coca-Cola but gave it up after the "fix" was in. Pepsi was no comfort ... seltzer with lime became the favorite carbonated beverage chez Keith (always better with a shot of angostura).

So, whether you are "tea party," "coffee party," or "partay-partay" let us give thanks that the man formerly known as a brilliant engineer and media mogul has been defeated, temporarily, in his enduring quest to make us all healthier. Healthier to pay more parking fines and other nuisances.

Some lovely vintage soda-pop advertising from days of yore: 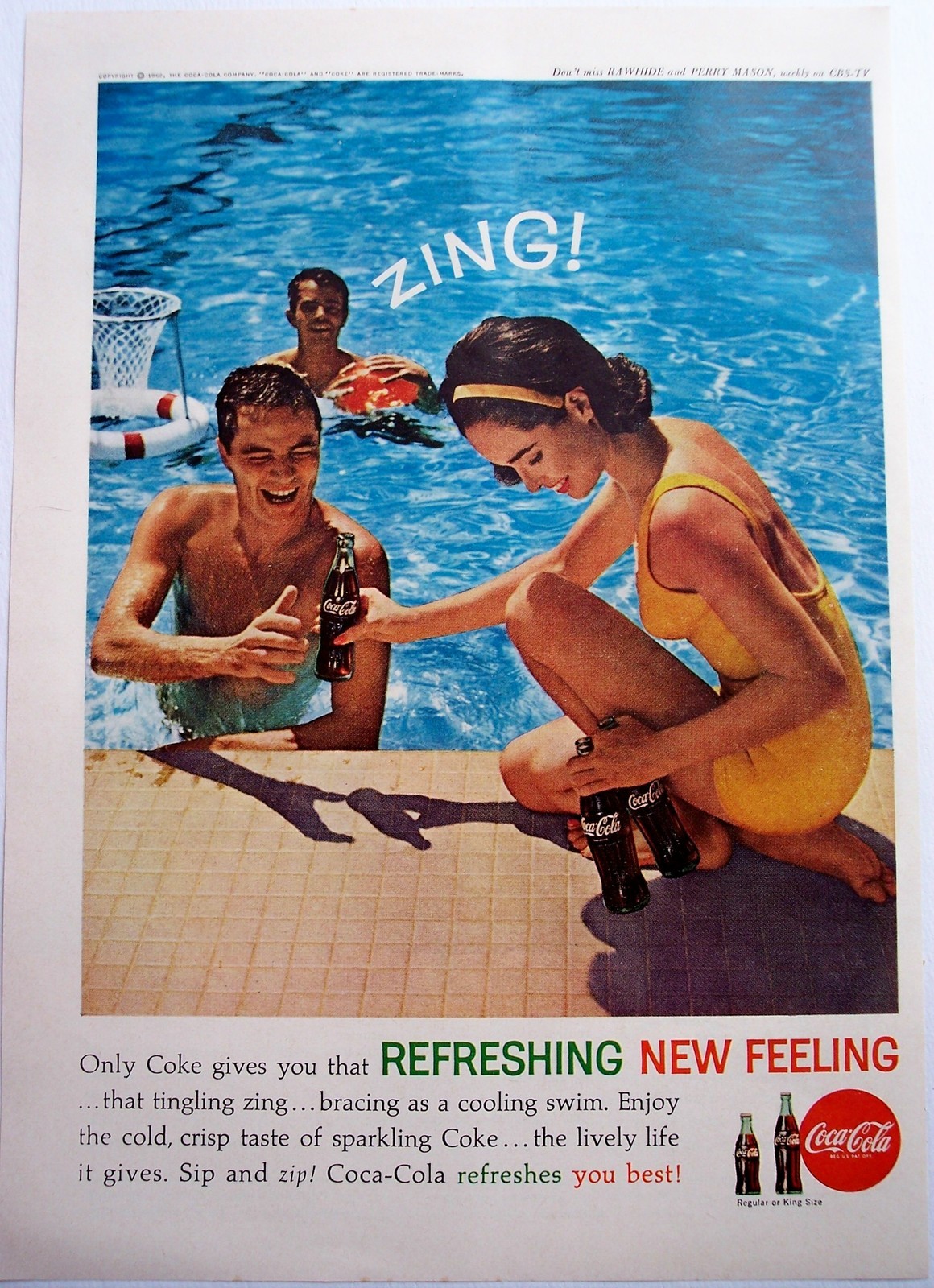 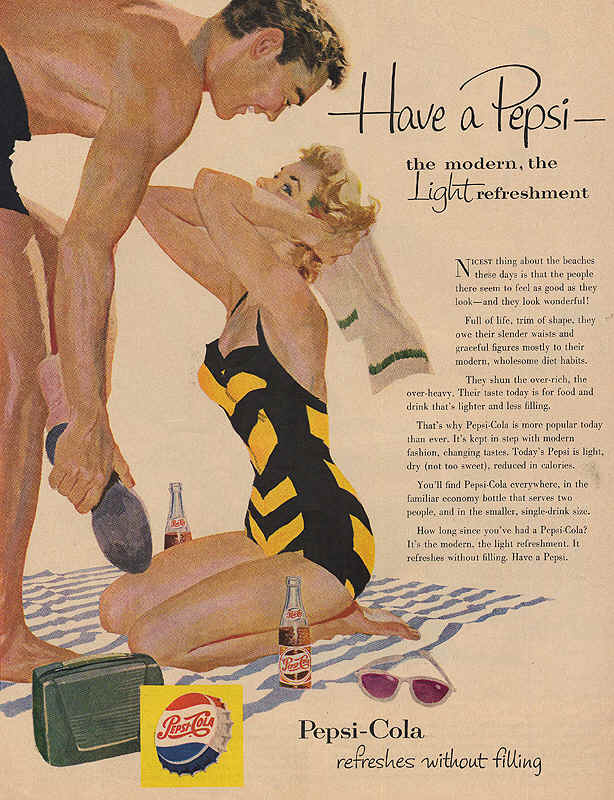 "Refreshes without filling."  The first word in empty calories. 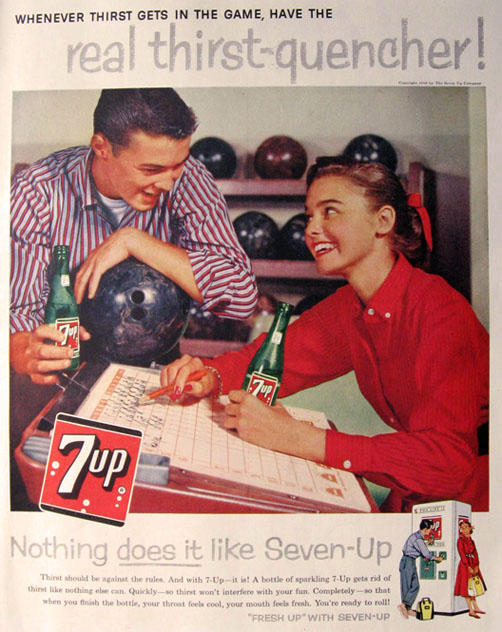 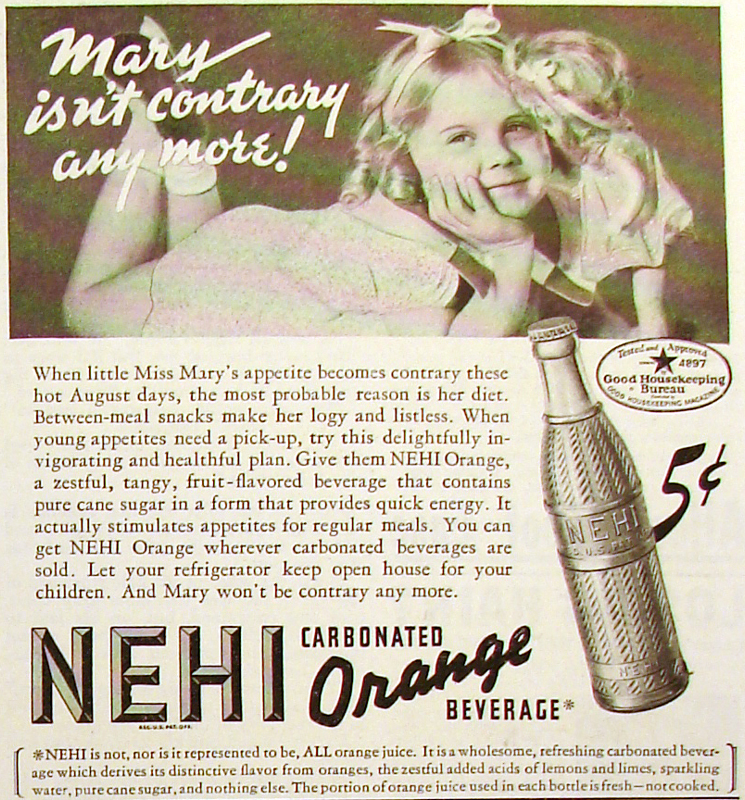 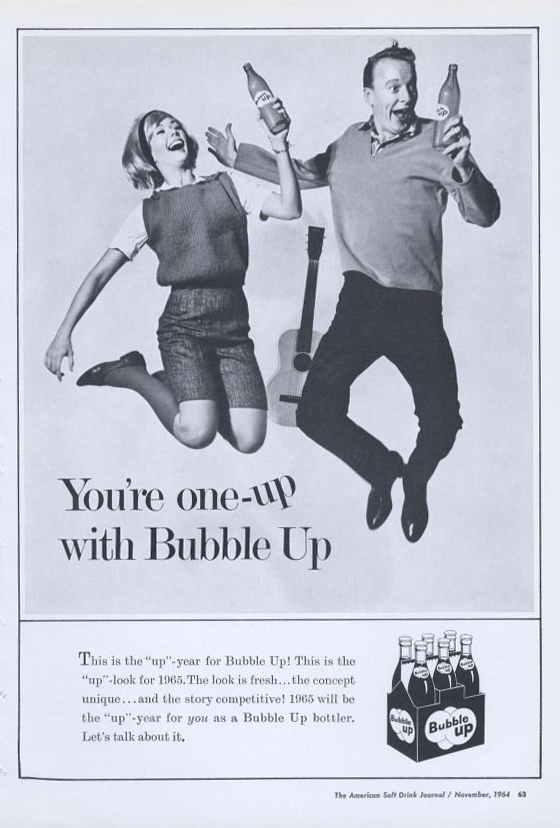 The thing is, he's not wrong. He just did this in an unusually ham-handed fashion, even for Bloomberg. I'm not sure why he wanted this legislation to be the capstone of his career, tho.

I'll have a vodka and coke with a splash of cranberry please.

Bloomberg's heart is in the right place, but still.

I'll repost here what I wrote over at TPM:

On the serious side, the ruling is not that surprising, after all, inasmuch as it points out the obvious-- Bloomberg's edict, while well-intended, wouldn't do anything more than be a pain in the ass to restaurants by making them reprint all their menus and advertising and throw out all their their paper cups, and wouldn't make a dent in the waistlines of New Yorkers (it'd still be possible to buy two 16oz sodas, and a restaurant could of course offer a twofer deal on the purchase). And of course there'd still be 2-liter bottles available down at the Gas Station Stop-n-Slop, and on and on and on, so it was sort of stupid in the first place.

I applaud his intent, though, and you may imagine me poking a New Yorker in the gut repeatedly while saying this, cause that's how a New Yorker would do it:

"My advice, ya should wark down ta toid and toidy toid, and ya look like you could use da ezzersize, buddy."

Hi, me again. Love the pic of Mary after doing a hit of Nehi Orange. Oh mama, I am so baked...

Nehi Orange, which I recall fondly from my little league days, was some good shit.

I always wondered what a proto-Hippie looked like, especially the womanly version.

The guy looks a lot like Larry Linville, or Denholm Elliot.

Chris, the net effect of the ban would be to lower the monstrous profit theaters and restaurants make on soda.

People wouldn't buy two 16 oz sodas because in a 20 oz Coke you get at McDonald's, you get about 9 oz of fluid soda. The rest is ice. Your thirst would be more than quenched by one glass of real soda, and besides, no one walks into a movie theatre and says "Gimme a 40 oz Nehi!". They say "gimme a large," and drink that.

In other words, they consume units, not volume.

And bear in mind, Carl, that you are getting only a splash of the stuff that powers it all at the fountain: much less than an ounce of the magic "Coke syrup" (the remainder, is of course, CO2 and water).

And let's face it: theaters would simply charge more for smaller drinks, wouldn't they, and perhaps offer special twofer deals just like I said, it'd be inevitable.

Avenger, allow a genuine codger to instruct you. Those jumping people aren't proto-anything except proto-suburbanites. Heck, they may even be fully fledged suburbanites. They're way too old to have had Beatnik parents (if that's what Keith's caption means... if he's addressing the Youth of Today, and claiming the Bubble-upper couple as HIS Beatnik parents, all I can say is that the Beatniks I knew in my early teens didn't look like that. They'd rather have died.)

The ad helpfully dates itself as a work of 1965, and early 1965 at that, since it's predicting the beverage fashion of the year. (The Beatles had hit the US exactly a year earlier.) The clothes worn by the girl -- the headband, the Bermuda shorts, knee sox and loafers, are actually out of date, being standard issue for midrange college girls about 3 yrs earlier. The guy is completely nondescript: the new male esthetic had come in with a crash with the Fab 4 -- longer hair, collarless jackets, heeled boots -- causing great controversy galaxy-wide, and the designers of this ad didn't know what to do.

No Beatnik or Hippie, proto or otherwise, came anywhere near this ad. These people are openly uncool, except for the fact that the man looks rather like the portrayer of "Q" on Star Trek: NG, John deLancie.

(Yeah, I know no one here was serious, but this cultural ephemera stuff is interesting.)

Trying to stop the sale of "Big Gulp" sugary crap was, let's be honest here, just plain dumb and fated to fail. He probably could have gotten away with trying to mandate huge warning signs about obesity and diabetes, however, but that wouldn't have gotten him all that front page space...

Far out. This is quite a discussion. Thank you all.

I knocked out this post late on Monday ... didn't expect it to receive the quality and quantity of comments, so if you will ...

Carl, it is obvious that obesity and the subsequent health problems are vital to public health. Bloomie, in the words of the judge, proposed a law so capricious and full of loop-holes as to be unenforceable.

Chris, thanks for sharing your TPM post. I believe most readers would agree with you here. And yeah, Nehi Orange was "da bomb."

Li'l Innocent, I have no idea why I chose the caption. The photo itself is evocative of Phillipe Halsman's "jump" period of celebrity photos from the early 60s, the most famous of which features Halsman & Marilyn Monroe. I suppose it was the guitar suspended, free from the effects of gravity, behind these characters. But you are straight-on in your assessment. This, after all, was a trade magazine advert. Included it to see if anyone could remember "Bubble-Up" and the dire threat posed to 7-Up, (also featured thanks to "Butch-Wax.")

Keith, he was kind of forced to.

For instance, New York State classifies 7-11 as a grocer, so it was exempt from the ban by state law. There were other instances where the law would have made the ban so hard to implement as an across-the-board ban.

My pal Ken delivered pizza in the valley in the early seventies, and delivered one to Geoffrey Holder, who was memorable in Seven-Up's uncola ads of that era.

Ken relates that Holder placed an enormous hand on his shoulder, and intoned "when you go back to Pizza Mon [pause for effect] tell dem I have looked deep into your eyes," and then belted out that full-throated laugh of his.

Coupla things, first note that Trinidadian native Holder is unable to pronounce "Seven-Up" (it comes out something like "zebmup"), and when he accepted his Tony award for The Wiz, he presented it to the audience, and said "try getting that from a cola nut! A ha ha ha ha ha ha!"

A magnificent fellow, no?

Well, she's between beatnik and hippie, that makes her a protohippie for me, like this lady here.