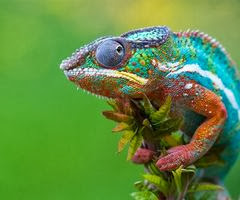 I hope everyone got some good candy last night, and has sufficiently recovered from the resulting diabetic coma to join me in wishing a very happy birthday to local Renaissance man, Chris Vosburg.  Yes, our old friend Chris is a man of many parts, some which can only be seen with the help of Lindberg's Transparent Man, the world's grossest action figure. 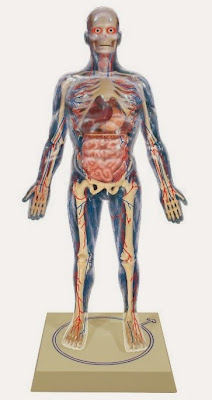 
I was a graphic artist back in the seventies and actually sold prints in galleries and stuff. I made a gift of works to family and friends at christmas (limited editions, all numbered and signed, and everything) and oh my dear god, my sister cleaned out her garage, and unearthed three from the era. 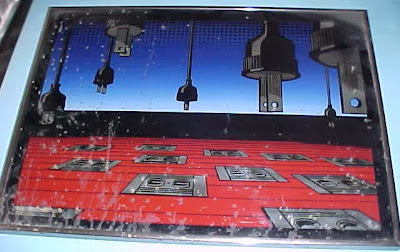 the above, if hung in a gallery, would be identified as Serigraph, Enamel over Silver Nitrate on Glass. By way of education, Silver Nitrate is mixed with Ammonium Hydrochloride and sprayed on glass to make mirrors, which is what you're looking at above (the parts that aren't red, black, white or blue). This on also shows off a screen printer's trick of laying one color into another. You lay two colors next to each other in the screen and run the squeegee back and forth to mix the colors (the blue and white horizon above).

...Guest columnist.  Dutch Rock Band authority, Crime Scene Investigator, space flight enthusiast, fancier of female character actors and purveyor of fine Hollywood trivia to Her Majesty since 1785, and, of course, expert Perry Mason witness who is often called upon to testify on the "Paul Drake Effect."  He's also a bit of a radical, bit of a hippie, bit of an Alinskyite com-symp, but one who keeps us honest.  For instance, when Sheri and I first launched the old world-o-crap.com domain and immediately tried to cash in by selling a Wo'C theme mug, Chris -- more in sorrow than in anger -- stood up and reminded us of our roots:


Scott and s., wow, man, you guys have like totally sold out, man.
It used to be about the crap, man.
The crap!

Chris is also a fellow denizen of Hollywood and a meatspace drinking buddy, and I was hoping to make it down to his local to buy him a tipple or two tonight, but my back is out again, thanks to a...well, let's just say it was a Moondoggie related program activity, and leave it at that.  But I'm looking to you,  yes YOU, the World O' Crap reader, to pick up the slack.  Or at least pick up a drink, and hoist it in Chris's honor.

(Also, while we're on the subject, thanks for the many kind birthday greetings you guys pitched my way.  I was touched deeply.  Or at least, subcutaneously.)

And speaking of skin, here's a little cheesecake soufflé courtesy of Allison Hayes, another of the hard-workin' B-movie B-girls Chris admires: 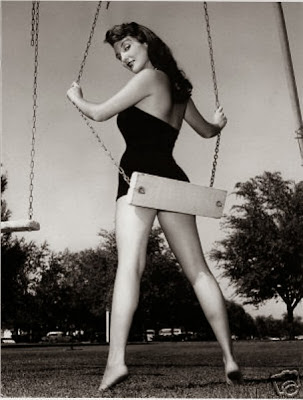 Merry ChrisVmas to all, and to all a good night!
Posted by Scott at 3:16 PM

Whether I'm there or not, many happy returns there Chris.

Hurrah! I'm sorry for not getting people Presence.


But my budgie thanks you.

Happy B-day, Chris. And somehow, it makes perfect sense to find out that dedicated Masonites inhabit these precincts.

Grouchomarxist, there is so much to love about Attack of the 50Ft Woman, from Allison's butt stuffed into those wild diagonal striped capri pants, to Jess, the aging rock-em-sock-em butler beating the crap out of Harry as he attempts to flee the Archer home with a hastily packed suitcase, to the ridiculous-looking giant papier-mache hand waving around the set, the goofy deputy sheriff dancing with Honey Parker (who later refuses to shoot the Giant Nancy, because he "can't shoot a woman!")-- and on and on.

Allison was a Perry Perennial, doing five guest shots. She and Raymond Burr were fast friends, since they'd met doing "Count Three and Pray," with Nancy Kulp and Van Heflin. Burr played a heavy, as usual.

Less known about Allison is that she was a Juilliard-trained classical pianist, who serenaded her North Orange Grove neighborhood in Hollywood, often in duets with friend Nancy Kulp singing.

I'm betting no butt ever looked better on a piano bench.

Late again, sorry, Chris. I started to compose a good wish statement yesterday (which according to the lovely lizard was ALSO late), but got distracted. Anyway, I had no idea you are so multi-valenced and complexly layered! Like a birthday cake, except every day! Happy Birthday!

And let's not forget the giant alien baldy, whose advanced civilization has the fashion sense of some cheesy costume designer's idea of the 12th Century, and are apparently easily attracted to shiny objects.

Burr played a heavy, as usual.


And he did it so well, almost too well, if he hadn't caught that lucky break. Growing up in the 60s, my impression of him was of course formed by Perry Mason. So seeing him for the first time in all his thuggish glory in The Whip Hand, and then as particularly loathsome crime boss Rick Coyle in Tony Mann's Raw Deal, were real "Holy Crap!" moments for me.

Thanks for those fascinating bits of trivia, ChrisV. Your Mason-fu is indeed peerless.

When I saw the movie, my mind started wandering, wondering what the bra size would be for a 50-foot woman. I was 16 at the time.

Chris, many happy returns. Had a dream last night and Della Street told me to wish you a happy b-day as well. She also told me to avoid the Twitter IPO, as it was a bubble.

A very Happy Birthday to THE Chris Vosburg.
Have a splendid celebration.
Suezboo

Late as per the usual, but the sentiment (like the song) remains the same:

B-girl got some nice B-utt!

Thanks for the Birthday greets, all, and thanks Scott for the picture of the adorable Miss Mary Jane (Allison) Hayes.

Last add Allison: signed up for night courses at UCLA, among them, "Psychological Study of the Motivations of Entertainment People."

Oh, and you can googledrive over to Allison's former little house at 1757 N Orange Grove (a block north of Hollywood) here. Hiya, babe!

Hollywood has always had swingers, I see.