#GivingTuesday -It's a Thing!

Today is #GivingTuesday, so if you do something unselfish today, you'll be all trendy and hip.

If you want to donate to Four Paws Rescue in honor of the very kind D. Sidhe's great cat, Iala, we would really appreciate it.  The money is all used to directly to help the animals; mostly for food, because they insist on eating EVERY DAY!  Here's a special #GivingTuesday PayPal link: http://goo.gl/NYGCmB

Or, donate to another group whose efforts you want to support.  Or, just do something nice for somebody else.  Even random strangers count - just don't get in their vans!

Anyway, you're a great group, and I know you don't need a lesson on being kind, or a special day to do it, but I've got the graphics, so I want to use them.

P.S.  The Four Paws treasurer let me know that donations had been received from David R. and Henry P.  Thanks, guy!  You should be getting thank-you emails from Four Paws, but you might not - the treasurer may have wanted me to send the ones she wrote, but because I'm not paying for Office,   I can't open them.  But thanks again from me, the manipulative dogs, and the cute but destructive cats and kittens. 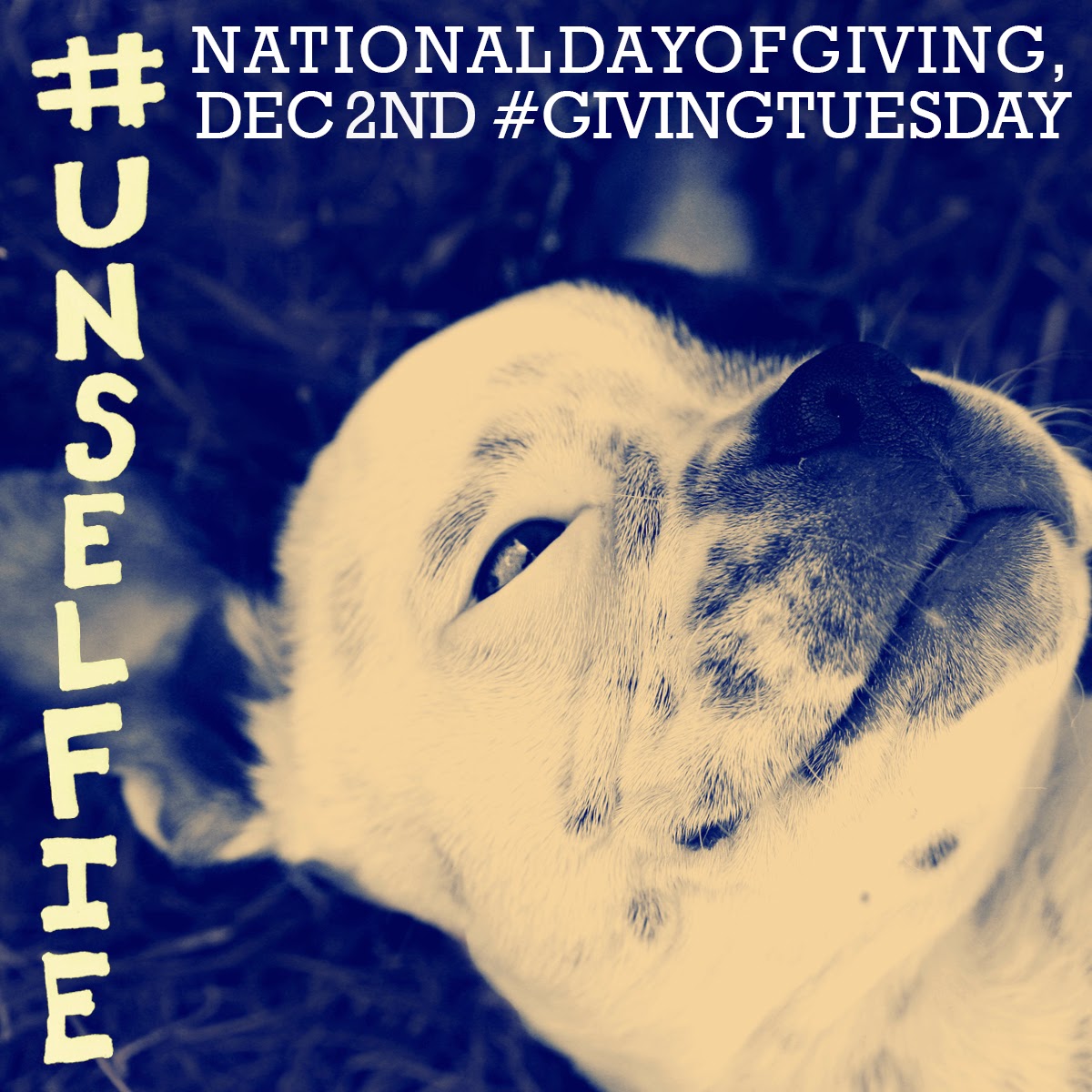 I donated a bit! Last month my daughter & I adopted a black female kitten from a "rescue" shelter. Jess picked the 'quietest kitten', who turned out to be ill diarrhea, but thats all behind us now!

ChesterCat was afraid of her at first, then cautiously interested, and now they play constantly, and Chester even grooms her (name: Rai). So its all looking good, except for my sofa which she climbs up as if it were Mt. Everest.

Thanks for donating, K. You are also so generous and kind. And it was so nice of you to adopt a black, sick kitten from a shelter-she wouldn't have stood much of a chance without you. I'm glad little Rai is fitting into the household.

K, we'd love to post a pic of the new addition (or even better, Chester and Rai together), so if you get a good one, please send it along.

I took out 4 large containers of scoopable cat litter to our local animal shelter. Seems that was all they were in dire need of at the time.
Last month I took in an orange tom my friend wheedled me into. "Oh but you don't have a barn cat anymore.......Leggy Balls will make a wonderful barn and mouser cat!!! Please, please, please, please!"
So last week I texted her to inform her that Leggy Balls was at his vet appointment and that his name was officially abbreviated to just Legs. He doesn't appear to miss them.

Good for you, Gappy! That was really nice of you to take litter to the local shelter (we must go through at least 400 pounds a week). And it was exceptionally kind of you to take an unwanted orange cat, give him a home, and get him fixed.