FB kindly scanned my brain and printed out my memories... 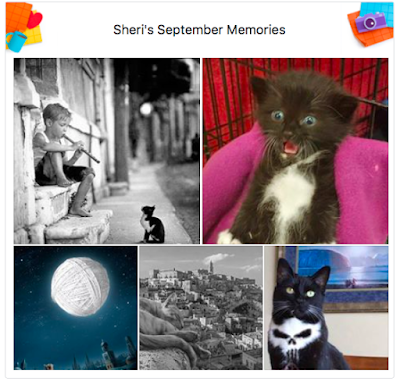 It is only now that I realize that these seemingly random photos are actually a story: 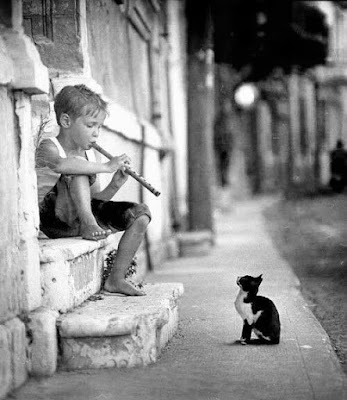 1. Young Tennessee Tuxedo the Cat fell under the spell of Young Zamphyr, Master of the regular flute, and was brainwashed into performing a special mission. 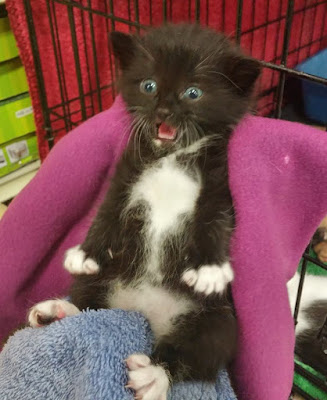 2. He reacted in shock and horror when he realized what he was being asked to do. 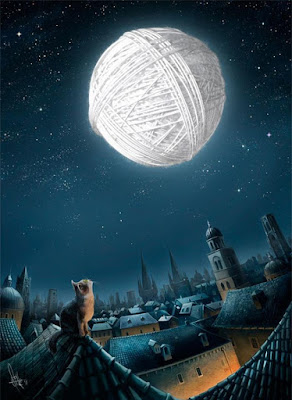 3. He was charged with bringing down the moon, which the cats know is really a ball of yarn, unless the government gave Zamphyr some shoes, and gave the cats some of that good canned food. 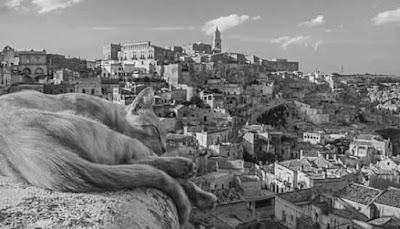 4. The government refused to negotiate with kid and cat terrorists, and so the earth was laid waste, and all the people had to live underground, leaving the empty cities to the cats, who liked to sun themselves on the ruins. 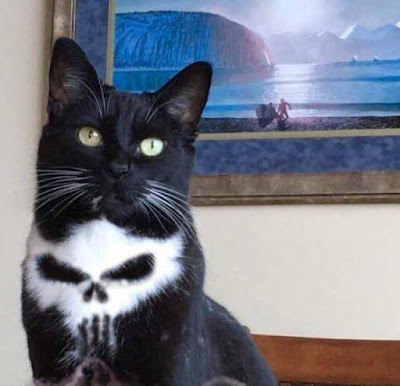 5. Tennessee said, "Now I am become Cat Death, Destroyer of Worlds." And he was pretty happy.
Posted by Scott at 8:00 AM

That last cat is The Punisher! (btw-that has to be photoshopped)