Roger's Rules of Ordure: The "I Didn't Lose It at The Movies--In Fact, I Can't GIVE It Away" Edition

For people who like George F. Will, but wish he wasn't so butch, there's the effete alternative, Roger Kimball, or as I like to think of him, George F. Won't, or Little Bowtie Peep. 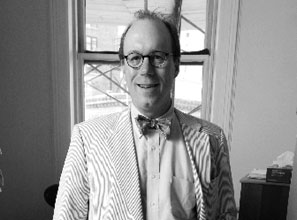 The OWS virus. Dangerous to your health. Highly contagious.

I’ve never seen The Andromeda Strain, but I gather the plot revolves around a deadly and highly contagious virus from another planet that’s been let loose on earth.

I've never seen The Human Centipede, but I gather the girl who pulls the "caboose" position spends most of the film swallowing metabolic waste, an experience familiar to any devotee of Roger's Pajamas Media output.

(Also, Spoiler Alert: the "virus from another planet" [it's not a virus] was "let loose on earth" due to a Pentagon biological weapons program.  Damn Sixties anti-government paranoia!  Fortunately, in 2001 a presumably pro-bio warfare libertarian went Galt with an actual virus, and eventually got even with the Hippies by mailing anthrax to Democrats.)


Contemplating the hysteria that has greeted the Occupy Wall Street protests, I begin to wonder if a less deadly but no less contagious virus hasn’t been let loose among the left-liberal commentariat.

Oh, it's the liberal pundits who have been driven into a frenzy by the OWS movement, and shriek "Communists!" every time they're startled by a co-worker popping into their cubicle.  I was confused.  We need an easier way to tell the left-liberal commentariat from the right-rightier -- shirts versus skins, perhaps, or silk cravats versus those "tulip" bow ties, as worn by flight attendants or Julie, Your Cruise Director.


The virus — call it the OWS virus — doesn’t kill, it merely mentally maims its victims. The chief symptom is a certain childish senility fueled by unassailable sensations of grandiosity. I minuted some yesterday in “The 99-Percent Solution.”

Ah, it's the Discount Final Solution -- 1% off on those economy-size cans of Zyklon-B tablets at the Dollar Store.  Anyway, I love when Roger minutes stuff!  Let's check it out:


The 1960s certainly had their tragic elements

But if you put aside the wars, riots, assassinations, civil rights violations, and pervasive abuse of power at all levels of government, from local police chiefs to the President of the United States, the only real crimes were fringed vests and sitar music.


and the passage of time, I suspect, mutes the bitterness of the many blighted lives and botched futures which that farcical repetition of earlier revolutionary idealism involved. Now, from our perch 40 years on, it all seems faintly ridiculous: the incense and love beads; the imbecilic pseudo-radicalism; the bad taste in haberdashery, heroes, and haircuts; the mindless mantras of indemnified insurrectionists whose “idealism” was little more than an alibi for unfettered selfishness and insatiable hedonism.

The Sixties:  Everybody was Leonard Bernstein, Nobody was Martin Luther King.  I'm beginning to understand why this piece appeared on RealClearPolitics and not Pajamas Media, owned by Roger L. "My premature anti-Fascism excuses my tendency to premature ejaculation") Simon.


The media, natch, has gobbled it up: “Extra! Extra! Read all about it: Anarchists Occupy Wall Street! People with funny hair, unpleasant tattoos, and bad spelling demand revolution!” In one sense, the sideshow that is Occupy Wall Street has been a gift to copy-hungry publications. It’s always fun to quote the permanent adolescents. As Art Linkletter knew, they say the darndest things.

An Art Linkletter reference?  As much as I hate to admit it, Roger really gets these kids today, he really groks their lingo.  I'm reminded of Nixon limo-ing down to the Lincoln Memorial in the middle of the night to rap with the protestors -- it's just that kind of game-changing ability to get inside your opponent's head.

Anyway, I second Roger's minuting, but he does go on for awhile in that column, until it began to feel like houring, so let's get back to the PJM post. Roger is peeved that the New York Times architecture critic thinks people might one day use "Zuccotti Park" as shorthand for a certain moment in history, or type of political event, the same way we do with “Kent State, Tiananmen Square, the Berlin Wall.”


But it seems almost tame in comparison to a Talk of the Town item in this week’s New Yorker called “Wall Street Postcard Preoccupied.” It’s by one Lizzie Widdicombe. I rarely see The New Yorker these days, so I do not know if Dizzy Lizzie is a regular staffer or a recruit from a new experiment in surrealism undertaken by the magazine. Or maybe it’s that mentally incapacitating virus I mentioned. I don’t know.

Roger then goes on to venture an opinion about the work of a woman he's never heard of and can't be bothered to Google, because as he learned in Pundit Prep School, willful ignorance is the most powerful form of disdain, and immediately gives one the upper hand in any argument.

Then again, Socrates argued that accepting one's own ignorance was the first step toward wisdom, so before I begin casting aspersions, I should admit that I honestly don't know if Roger writes this way because of peer pressure, a weakness for mixing absinthe and paint fumes, or because his mother was frightened by a sudden and unexpected exposure to William F. Buckley while Roger was in utero. 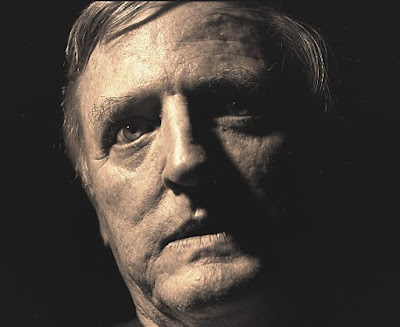 From one perspective, this spectacle of febrile mental paralysis is simply sad: The New York Times, The New Yorker: they’ve always listed left, but not always looney left. What a falling off there’s been!

It's sad to see that the Newspaper of Whitewater and Judith Miller abandon it's once-rigorous standards.


It’s not every congregation of anarchists and anti-corporate layabouts that earns endorsements from the secretary of the Treasury, the chairman of the Federal Reserve, and the President of the United States. But so it is in this case, notwithstanding the mixture of incoherence and mendacity that characterize the phenomenon. How to explain it? I’m not sure, but I suspect anyone uninfected by the OWS virus will find it inspiring not sadness but irritation and contempt.

If only there were journalists -- even online journalists -- around who could observe these occasions and describe them to other people, using words; perhaps even ask questions of people who were present at the scene, or at least had an informed opinion about the precipitating events, and then repeat their answers in some sort of format.  Alas, that's impossible, but I'm not giving in to irritation and contempt, because whenever I'm on the verge of surrendering all hope, I remember the lesson I learned from a movie.  I don't remember the title, and I haven't actually seen it, but I gather there's dialogue in it, spoken by that one actor -- I don't recall his name, and I'm not really familiar with his work, but you could probably look him up on imdb or something.  Q.E.D.

Anyway, I've minuted you enough.
Posted by Scott at 9:22 PM

Email ThisBlogThis!Share to TwitterShare to FacebookShare to Pinterest
Labels: Elevating the Discourse, Respect Your Betters

Roger I’ve never seen The Andromeda Strain, but I gather the plot revolves around a deadly and highly contagious virus from another planet

– Nelson Muntz after a screening of Naked Lunch

Ya gotta hand it to a guy who devotes a column to enumerating things he doesn't know anything about while jacking off to his own ignorance. Don't forget to clean up after, Roger. Minute a shower!

I'm left wondering if he believes Andromeda to be the name of a planet. Fucking astronomy, how does it work?

"I don't know what I'm talking about, but I'm able to use big words, and that's the important thing."

so I do not know if Dizzy Lizzie is a regular staffer or a recruit from a new experiment in surrealism undertaken by the magazine.

Nobody tell Rog about clicking an author's name in the byline to bring up her archive. Fact checking is a slippery slope.

Fact checking is a slippery slope.

Uh, having been to the OWS encampment, I can assure Roger that I did not see any signs that were equivalent to "Get a Brain! Moran!"
All of the signs that I saw were properly spelled and grammatically correct.

I believe that For people who like George F. Will, but wish he wasn't so butch, qualifies as a walk off home run in baseball parlance.

But seriously, someone who looks like he does and laughs at poor haberdashery choices from decades ago? To continue with CV's Insane Clown Posse ref: Fucking mirrors. How do they work?

And speaking of baseball, my congratulations to the St Louis Cardinals on their World Series victory over the Texas Rangers.

As an L.A. homie, I usually don't care about the world series unless the Dodgers are involved (when you're out of Dodgers, you're out of ChrisV, I always say), but that was before I saw that smirking bastard Dubya throw out the first pitch in game 4 in Texas, after which I wanted to hurt him and his stupid Texas shitkickers BAD, so cheered the Cards thereafter, and was rewarded with their stunning comeback in game six and a solid ass-kicking of the Rangers in game seven.

I know, it's no substitute for an ICC indictment for Genocide, but I figure I gotta take the small victories wherever I can get 'em.

Does this man have friends and colleagues who just love his witty take on Our Modern World? I assume he's getting positive feedback from somewhere, to keep on writing like this. Unless it's completely masturbatory.

But no. Somewhere there's a little cafe where Roger gets down with his peeps. There, the bowties are loosened just a trifle, the chuckles are knowing, and as the evening matures, the Amontillado flows, and the autumn rain tiptaps against the windows, the fellows take turns reading from Roger's latest, shaking their heads with wonder that, once again, their bro has nailed it so hard.

The virus infecting the OWS participants must be similar to the hallucinogens al Qaeda was serving up at breakfast to the Libyan insurgents this past summer.

Yowsa, I must proclaim my love for Lil'In (rhymes with chillin') on that observation of Roger and pals. Now that's some scary shit for Halloween!

Aw,thanks (and BOO!), heydave, I'm touched. Anyone who can read Scott's observations on Roger mixing absinthe and paint fumes, and then get scared by my poor contribution, is OK by me.

Oh, and Chris V., the thought of you smacking everyone's least favorite smirking bastard around is a cheering one. Bet you'd do it good, too.

Considering our Roger is only 58 years old, the Linkletter show ended when he was 15 and no one has used the word “haberdashery” since 1956, I assume he spends all his time in the Times morgue reading old Reader Digests.