Confirmed bachelor and flower of Southern manhood Lindsey Graham is already measuring drapes for the White House and making plans to host state dinners with the most matronly escorts he can hire:


Unmarried Republican Sen. Lindsey Graham says that if he becomes president, he will have a “rotating first lady.”

“Well, I’ve got a sister. She could play that role if necessary,” the 59-year-old South Carolinian presidential hopeful told the Daily Mail Online in an interview published Tuesday. “I’ve got a lot of friends. We’ll have a rotating first lady,” he added.

Now a rotating hostess may be fine for the Colgate Comedy Hour, or the Denny's lunch shift, but I believe a President needs to be a bit more aspirational when it comes to his better half, even if she is just casual labor. So instead of a rotating first lady, I propose a rotisserie first lady league, in which all of our fantasy picks get a chance to plant Victory gardens on the South Lawn and redecorate the Vermeil Room.

So get your brackets ready. There's bragging rights and a coupon good for One Free Appetizer with Entree at the Red Lobster at stake, plus the deep, patriotic satisfaction you'll gain from serving your country.  I'll get things started: 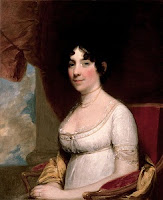 1.  Dolley Madison.  Not only can Dolley boast a distinguished tenure as First Lady, she also has experience as a Pinch First Lady, having played the hostess role for widowed President Thomas Jefferson while her husband James Madison was Secretary of State. Dolley was the first Presidential wife to adopt a cause, raising funds for an orphanage; the first to host an inaugural ball; and the first to popularize turbans for women, for which Norma Desmond will always be grateful. And though Lindsey occasionally glorifies his stint as an Air Force lawyer, Dolley actually served in a war zone, famously overseeing the evacuation of national treasures from the White House, shortly before it was burned by the British during the War of 1812. After the death of her husband, Dolley was "awarded an honorary seat in Congress," from which she could observe debates, but not propose legislation or vote, making her at least as useful as John Boehner. Plus, I'm Koo Koo for her Pupcakes, if you know what I mean. 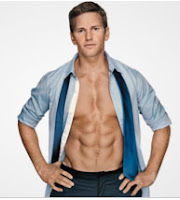 2.  Aaron Shock. Presidentin' is hard, so a little eye candy never hurts. But Aaron brings more than a toothsome physique to the role of Day Labor First Lady. Like Lindsey, Shock served in Congress, so they have similar backgrounds and work experience, which will likely ease the transition into pillow talk. And since Aaron is best known for redecorating his Capitol office in a lavish recreation of Downton Abbey, Lindsey could set him loose on the drearier rooms of the White House, content that Aaron will rise to the challenge and become this generation's Jackie Kennedy. 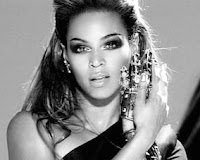 3.  Beyoncé.  This seems like a no-brainer to me, since everyone likes Beyoncé and nobody likes Lindsey, making the opportunities, let alone the need, for synergy seem obvious. Like Lindsey, she hails from the South, so they can trade recipes for Pecan Tassies and drop peanuts in each other's Cokes, or whatever it is Southerners do when the reality show cameras are off. Like Lindsey, Beyoncé is a registered Republican, but unlike the Senator she's a self-made woman, so she can probably teach him a thing or two about how the private sector works. She could also teach him that "Single Ladies" dance, which would go over gangbusters at the White House Correspondents Dinner (at least better than Lindsey's original idea of hauling a woodpile onstage and pretending to search it for muslims). 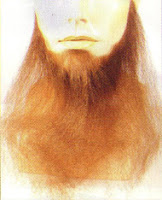 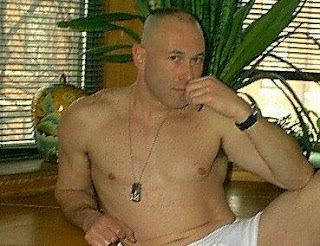 "Remember Jeff Gannon? I think he would love getting back in the White House, and he does have experience as an escort."

So who's on your Roti Team Roster?
Posted by Scott at 1:31 PM

Email ThisBlogThis!Share to TwitterShare to FacebookShare to Pinterest
Labels: For No Good Reason, You Asked For It

My Fantasy First Lady pick is Edith Wilson. She's perfect for the role, since I don't think Lindsey even knows how to be a POTUS, and since Edith already has experience in that role, she can totes pick up the slack.

If Aaron Shock says no ..... he could ask Michele Bachmann's husband Marcus .... and they could be the "Ambiguously Gay Duo".

(Waves hand frantically) Me, sir, me!

If we can have historical figures, I choose J. Edgar Hoover. He'd fit right in with Huckleberry's paranoid hysteria, and he knows how to run a surveillance state. Plus, he'd be stunning in an off-the-shoulder silk organza cocktail frock.

I second the Edith Wilson idea!Not only did she have Chief Exec experience, but before she married Woodrow she was a successful businesswoman, so there's private sector chops too -- and by all accounts she had about 3 times more personality than ol' Lindsay. Maybe 5 times.

Alma Mahler Gropius Werfel, the spectacular Muse of half the creative geniuses of early 20th C. Europe. With her in the White House, having affairs with everybody from
Philip Glass to Frank Gehry and holding fabulous salons, we could forget about Lindsay altogether. It would be like he wasn't there!

This is mean, but Helen Keller, because her deafness would augment his tone deaf belief he would ever be elected.

"we could forget about Lindsay altogether. It would be like he wasn't there!"

Well, that's a given anyway.

My pick's Elizabeth Warren, just to get her into the White House somehow.

Honestly, the whole First Lady thing is a relic from a sadly still current time of assuming what women do isn't really work, it's just stuff that magically gets done around the house with no need to pay for it to happen. Laundry, cooking, child and vegetable garden care, decorative social hostess, organizing charity efforts for those wounded, widowed, and orphaned by idiotic wars.

If we're willing to admit that some of that can be paid for just like it had real value to a family, can't we just hire someone for the rest of the stuff that needs doing?

Otherwise, I fear for our nation. Graham has always struck me as one of those guys who blames his--what's the euphemism we're using now? "lack of interest in female company"--on an overbearing mother and a pushover father. If we let him pick, we'll probably end up with Ann Coulter or something. And we've seen enough of her as Birthday Hostess, which reminds me, happy birthday to everyone whose birthday I've missed over a long while. Remember: Your birthday isn't over until you sober up. I'm still sixteen by some counts!

Also, can we talk about Harold and Maude? My new shrink made me watch it to prove I'm willing to help myself. "You'll get it, you'll totally get it." I didn't. Aside from the fact that loverboy looks all of fourteen, which is gross, (no, Maude being seventy nine isn't why Harold looking fourteen is gross. It's because HAROLD LOOKS FOURTEEN.) I pretty much hated everyone in the movie except for maybe Maude, and she's still not the sort of person I have any interest in being because I'm not so much into making other peoples' lives difficult for them by stealing their cars or whatever.

I understand it's a favorite of a lot of people, I'm annoyed I wasted my time watching it. And now wondering if by telling me I'd "get it", my shrink, who I remind you is new, thinks I'm just trying to get a reaction out of people by being mentally ill and depressed and a bit uncertain of my mortal footing. If, in fact, she, like my family has always done, is assuming I'm not being who I am but pretending to be someone else to annoy them. Which is an assumption I so fucking hate, and if that's what she's getting at, it's time to look for another new shrink.

What am I totally NOT "getting" about Harold & Maude that I was supposed to get? At least one of you movie people has to "get" the thing, right?

Phyllis would be ideal as FLOTUS. Perceived snub by foreign dignitary at White House dinner reception? No prob, just knock the muther off. Irritating questions from Gretchen on Fox News? No way. Phyllis has a "conceal & carry" in purse ... bang-bang (and what a ratings draw for Rog). If Linzie even comes down with the slightest fever Phyllis will be there to open all the White House windows for some fresh air.

However, Mildred seems a natural for the Repugs -- determined, successful small business owner, smart dresser, bakes delicious pies. Except she's a single mom. Except at the conclusion when both her children are dead.

Yeah, I'm going with Mildred. Patriotic Americans should too!

Welcome home, D.! So very happy to see you back. Less happy to hear your shrink is prescribing Harold and Maude, which seems more like an impediment to sanity than a palliative.

Withdrawing Mildred as my nominee, she's fictional rather than historic. (Perhaps historical fiction, 'tho.) There goes my chance at that Red Lobster coupon. Dammit.

Wait, why not fictional? It's a fantasy draft, right? as far as I can tell, that means both the chick from Game of Thrones and Mary Poppins would be acceptable, and I can absolutely see Lindsey as a dancing penguin (It's the subconscious head-wobblle-scold he does).

Alternately, we can just pay Martha Stewart to do all that professional hostessing, though there might be a problem with the security check.

Thanks, Scott. This really is my home. Even when I'm only lurking.