Sorry about the lack of posts lately. I made a resolution to do better this year, but our Internet connection has been off, due to a problem with the technology; that technology being the replacement of the barter system with money (I've been attempting to pay AT&T for TV and Internet service with chickens and voluntary seasonal labor on the CEO's massive pyramid-shaped tomb).  Anyway, we're hooked back up to the Matrix now.

And speaking of transitions, we've got a new podcast out -- the final ASSJam and the first Slumgullion, so it's kind of a cross between a Comic-con bull session and the K-T Extinction boundary. (Why is the show now called The Slumgullion? Listen and find out!). 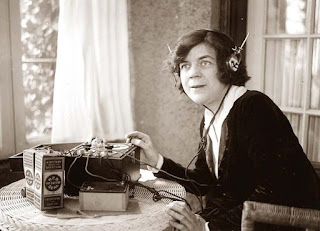 One Last Sort Of ASSJammy Kind Of Thing

They thought they were recording the pilot for their new show.

Jeff and Scott have been Star Wars fans since before it was A New Hope.

This is the first time they’ve spoken about The Force Awakens.

That’s all you need to know.

As Jeff warned me when the episode went live, we geek out to a degree never seen before, and have the MOST EPIC STAR WARS CONVERSATION EVER.  Please click here to check it out.

Normal blogging will resume on Monday. Possibly Sunday if I can get the cats to cooperate.
Posted by Scott at 1:08 PM

Email ThisBlogThis!Share to TwitterShare to FacebookShare to Pinterest
Labels: ASSJam, Now a word from our sponsor, Podcasts, State of the Blog

Don't you just hate it when all your jerk neighbors actually turn on the password for "their" Wi-Fi?

Choosing between internet and cable TV, I went for internet, and subscribed to Netflix ($8 a month) So much cheaper than Comcast or whoever is screwing viewers in your area. Ha.

Daughter & I went to the latest Star Wars, which was a very fun movie, most enjoyable. Daughter was absolutely enthralled, sitting forward in her seat gawking for most of the movie. I'm gratified to have her enjoy anything that isn't @#$%^! Anime. She adored Rey!

Remarkable how they redid the orig Starwars, plot device and character for plot device & character. But that's OK for a REBOOT. I just pray they don't go the same way as the Star Trek franchise and continue to do a mishmash reheating of the other SW movies.

I'll totally have to check this out! :)